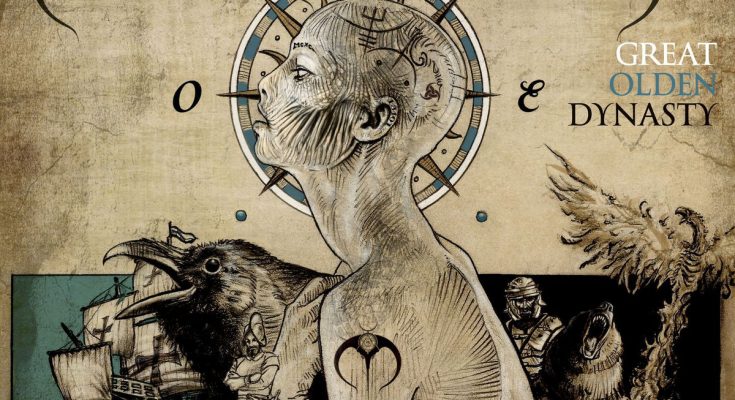 Genus Ordinis Dei or simply called G.O.D., was a band that I was unfamiliar with until I discovered that they would be sharing the stage with British power metallers Hell. And when I got the opportunity to make a review for their upcoming release I knew I had to do this. Unaware of what I had to expect of this band I took this task and started listening.

All I can say is, wow! G.O.D. Just blew me away from the very beginning of the album. These four lads from Italy are bringing symphonic death metal from a very high level. Although this is still only their second album they manage to sound like a band that is already around for decades.

Opener The Unleashed directly sets the tone for Great Olden Dynasty. Heavy and complex riffs combined with the varied grunt of vocalist Nick K just draws your attention from the very first minute. The symphonic side comes forward from the moment the album starts. This just gives everything a more bombastic feeling and adds some body to the songs.

To name the best song from this album is impossible. Every song just compliments the others and every time I listen and hear one song I think, this one. Then comes the next and it gives you that same wow effect. Tracks like Sanctuary Burns, ID 13401 and Halls of Human Delights are just so perfectly executed that they can easily stand next to the greats in their genre.

Another strength of Genus Ordinis Dei is that not all songs have to be neck breaking tunes. On songs like Cold Water, Morten, and Salem the band drops the speed a little bit and they focus a little more on the symphonic side. These tracks are also perfectly spread on this album which makes the album very diverse.

This Great Olden Dynasty is probably already one of my favourite albums of this year. The band delivered an album that not only death metal fans will appreciate but also fans from other genres within the harder region of metal. A definite must have, I would say.