After releasing the highly praised ‘Dark Connection’ album that simply is pure fun and saw Beast In Black return to a sci-fi and anime inspiration, they tried to spread their music through the world several times. But sadly, it was not the right moment as tour after tour was being postponed or cancelled. Luckily now was finally the time, a good 4 months after the release, to get this wild bunch to grace the stage again! So there we went to the legendary Helsinki venue Tavastia to enjoy a night of upbeat and cheesy power metal!

We were just too late to catch Nestruction opening the night properly, but from what we saw and heard, the self-proclaimed “pixel metal” band seems like a whole lot of fun. Playing music from retro video games in a high velocity metal setting and having games played on a big screen behind them, it’s really an attention grabber…

And then it was the time for Beast In Black (***1/2) to light up the room. The venue was quite decently filled with people obviously looking forward to a dose of proper metal being played live without any restrictions and as soon as the lights went out and the guys came on stage, a roar arose in the venue. They kicked off with the first 2 tracks from their latest release ‘Dark Connection‘ and the energy immediately went through the roof. We saw hair flying through the air and people dancing their hearts out. And not just the crowd went wild… it was clear that it was a relief for the whole band to be back where they belong. Quickly followed by the now classic Beast In Black hits ‘From Hell With Love‘ and ‘Beast in Black‘ they kept the energy high up there and the room really felt like it was filled with pure elation.

Yannis told the crowd more than once how happy they were to be back on stage and expressed that it was about damn time. It felt like they never had a break, though. They all fell into their typical things like the synchronized moves with the guitars, acting silly on stage where they for instance chase each other and drummer Atte had his usual big grin on the face while he cranked out the beats to which the crowd was dancing. The setlist of almost 20 tracks was a pure delight for the fans with both most of the tracks from their latest release ‘Dark Connection’ with a noticeable big reaction on the singles ‘Hardcore‘, ‘One Night in Tokyo‘ and ‘Moonlight Rendezvous‘ being played, and some of their classics like ‘Cry Out for a Hero‘, ‘No Surrender‘ and ‘Blind and Frozen‘. This was simply a great night in the middle of the week for an early recharge for any metalfan and we were happy to have been a part of it!

For more pictures, go check out the photo report here. 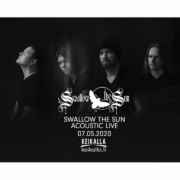 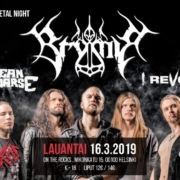 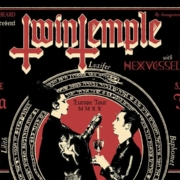 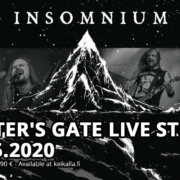 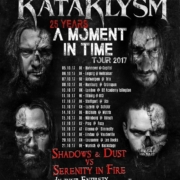 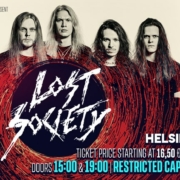