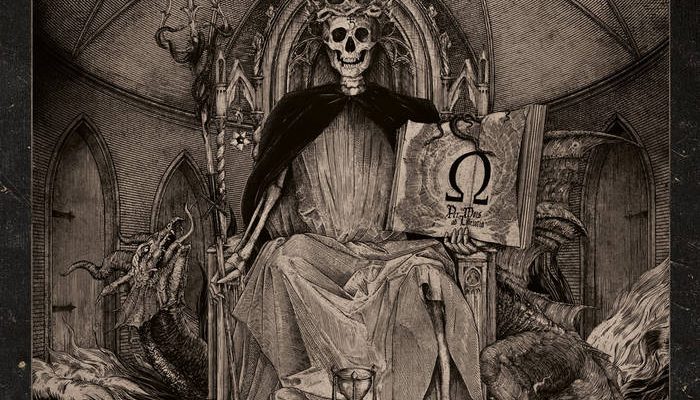 Grafvitnir is a Swedish black metal band founded in the year 2007, and they are considered as one of the new wave of Swedish black metal bands beside other groups like Avslut, Ondskapt, Gra and Ofermod. The duo have been maintaining a solid line-up since the beginning of their musical career. After more than a decade now they have released five albums by deriving their lyrical themes from Witchcraft, Occultism and Luciferianism. It was until the year 2014 when the band released their second album Semen Serpentis and became perceived in the Swedish underground scene. Considering the fact that band have released most of their albums under the banner of the Swedish underground label Carnal Records. Their 6th album titled Venenum Scorpionis sees the band securing their partnership with the same label. Grafvitnir is one of those bands that doesn’t share any information regarding their members, and after doing a small research on the internet I came to learn that one of the band’s member played guitars in the Swedish black metal band Gra.

Grafvitnir can be compared to other Swedish black metal bands like Dissection and Setherial. Their new album is comprised of eight tracks. Wolf of the Eclipse makes a great opening with a surge of rapid tremolo pickings, and drums being unleashed with the fury of blast beats which are interlining with raspy black metal growls. There are many black metal bands which try to emulate bands like Marduk and Dark Funeral. And while it’s hard to bring originality to music nowadays, Grafvitnir sounds more convincing and their music is straight forward and unsophisticated. This is more of a diabolical opus fulfilled with the principles of the Swedish pure black metal style. The second track Ormeld is discharged with rapid blast beats and sharp tremolo pickings which are contrived from the essence of second wave of black metal.

The fact is that Grafvitnir and other new wave of black metal groups like Avslut, Ondskapt and Gra are adhered to the fundamental and the typical style of the Scandinavian black metal. The third track The Beast inside is provided with aggressive and raw black metal riffing. The drums makes a huge impact on the overall sound, and they are carried with storming blast beats. Across the eight hellish black metal anthems, it seems to me that Grafvitnir musical style is based upon raw drumming and traditional sound. The entire album is built upon solid foundation which focus on showcasing the skill and the talent of the band.

Surprisingly the album title Venenum Scorpionis is more of a short interlude, yet Grafvitnir show signs of altering the entire formula, by choosing to focus on scorching melodies and the swirling of the tremolo pickings. Nocturnal Sun is a mid-pacing track which is encapsulated by the 90’s black metal style. The melodies on this track are burrowed from the melodic death metal, the band also continues with aggression only this time they introduce melodies to the song texture. Their versatile nature grows more intense by pushing the boundaries towards more competence, excelling towards Throne of the Blackened Domains which is another brutal track. The sudden blast beats shows how the drumming is the groundwork of this band.

The guitar section is quite fulfilling charged with ripping tremolo but the most evil vibe is incarnated within the vocals which in my opinion they sound like a serpent hiss, so malefic and wicked. The acoustic track I nattens mantel svept (In the mantle of night swept) is a reminiscent of early Dissection‘s The Somberlain and Storm of the Light’s Bane. The epic closure Possessor of Fire begins with raw drumming and the guitars are performed with intense tremolo pickings and cold freezing riffs which are executed with violence and they are perfectly fitted to this kind of style. Grafvitnir have been cleaving their path through the chilling cold realms of Scandinavia, and by developing their style with each studio album, this outcome seems to very acceptable. Venenum Scorpionis is a fine release by the Swedish act and if you consider yourself a fan of the genre then you should check out this album! 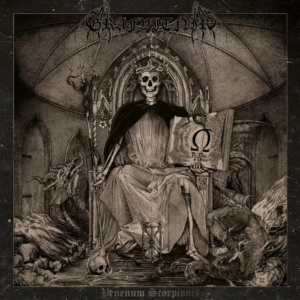 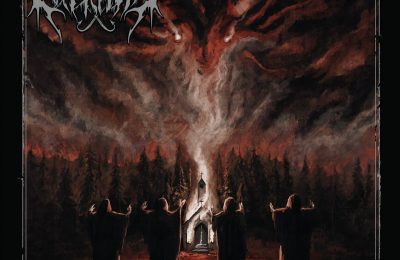