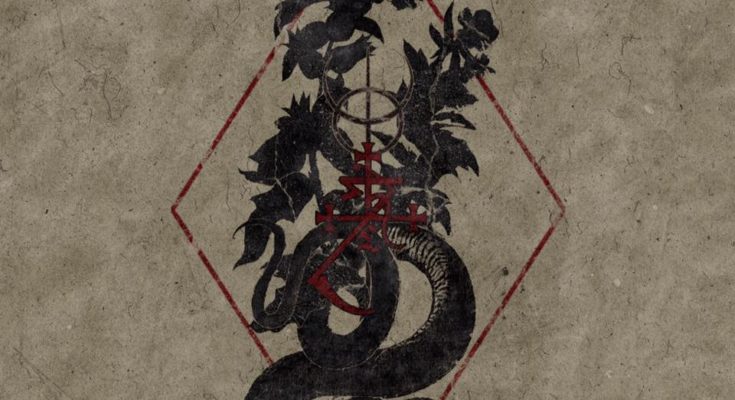 Guarded by the ancient potent spells of black magic and sorcery, plunging into the forbidden knowledge of the black arts, Haxandraok stir the black cauldron of the witches under the shimmering stars and the pale light of the waning moon. In hoary temples where they evoke the spirits of the dead, and by the power of the pentagram, they raise mystical energies and invoke nameless demons from the haunted valleys of desolation. The unholy ritual has commenced and the dancing flames sway with drifting winds and the ominous whispers have spoken… The German underground record label Vàn Records presents the duo’s debut album: ‘Ki Si Kil Ud Da Kar Ra‘.

Formed in 2018, Haxandraok is comprised of drummer Marcello Szumowski and Saevus H. Aldra-Al-Melekh guitar/vocals. Throughout their debut, the duo deliver a deeper style of occult black metal that is highly innovative. The creative output is parallel to contemporary bands such as Behemoth. ‘Ki Si Kil Ud Da Kar Ra‘ in its entirety manifests in the form of tribal and occult black metal. The ritualistic performance unleashes a force of magic by unceasing chants of incantation.

The opening moments of the first track ‘The Temptress of Ud Da Kar Ra‘ evokes the mystical elements of Middle-Eastern music. When clean guitars set the mood and blazing guitar riffs segue into a dynamic reverb as the first spoken words are uttered loudly. The loud chanting of the unholy incantation resonates whereas rhythm guitar and solos forge an esoteric atmosphere.

Haxandraok conveys the primordial archetype of occultism in the form of musical art with vibrant melodies and tribal drums fused into occult black metal. While swirling riffs and epic solos draw scenes of mystical sensation. ‘Ba’al Zel Bul at the Gates of Nox‘ is unleashed by the force of the blast beats, as even tremolo pickings are applied. Epic solos and melodies are the main elements that add quality to the texture. Haxandraok is rooted in the canon of orthodox black metal while the music itself is very theatrical and, like the enchanters who cast magic, the duo cast powerful music. Hence the vocals, which sound much like a loud demonic chanting.

‘Ki Si Kil Ud Da Kar Ra‘ is consist of five tracks where each entry provides a gateway to a magical realm. The effect of the scorching guitar riffs and melodic reverberations is thrilling and fascinating. The debut is highly dynamic as each track here becomes more hypnotic. The second track emphasizes guitar solos with bewitching melodies and energetic drum beats. The record shows the talent of the duo who portrayed many ideas. The debut is pure evil as if the band focuses on bringing the effect of hypnotic trance in full concentration. ‘Tower Sub Rosa‘ is the most malicious and sinister track and begins with scorching guitar riffs and straight forward blast beats.

Evoked by the loud chants and the sharp guitar riffs Haxandraok combines powerful elements of black metal to bring chaos upon the listener. These essential components are cast into the cauldron to form an aggressive and dynamic asperity. In short, the album is possessed with a blistering pace of the mid-paced riffing full of scathing blast beats and blazing solos.

Bordering on the furious tone of black metal the band shows a great variety on the instrumentation level although it allows for clean guitars to shine as well. Haxandraok has exerted the influence from bands such as Rotting Christ and Behemoth. They have a strong aspect of shamanism and also give their record a mystical feel altogether.

Over the span of thirty minutes, Haxandraok‘s latest extends across different stylistic changes, pushing the boundaries to what is beyond black metal. The duo has successfully managed to test their abilities. While the attempt here is innovative, there are many other bands who have also trodden into obscurity and Haxandraok are certainly among them. The album has all the aspects of how black metal music can be evil.