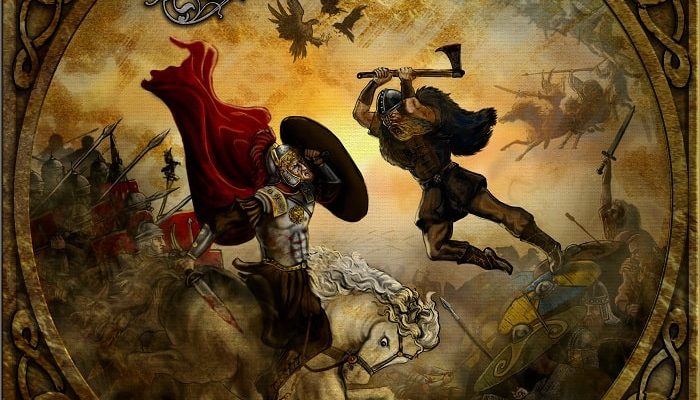 ‘Vuur Van Verzet’ (in English ‘Fire Of Resistance’) is Dutch folk metal band Heidevolk‘s 7th studio album. This pagan metal brotherhood brings us an album with 11 songs that tells us the story about Germanic tribes rising up against the Roman empire to claim back what is theirs. The album cover shows us two men fighting in the middle of the battlefield. This album includes a male choir and the guest vocals of Alan Averill (aka A. A. Nemtheanga from Primordial). Heidevolk consists of Lars Nachtbraecker (vocals), Jacco Bühnebeest (vocals), Koen Vuurdichter (guitar), Kevin Storm (guitar), Rowan Roodbaert (bass), Joost den Vellenknotscher (drums). ‘Vuur Van Verzet’ will be available as a CD (including 24 pages booklet), a Limited Edition Album (including leather wristband, flag and patch), a LP (black or limited gold) and as a Digital Download.

With strong bass and guitar work, the album awakes immediately with ‘Ontwaakt’. Lars and Jacco their voices are a beautiful ensemble through the entire song and the choir forms the backing vocals. The story starts here when the Germanic tribes decide that the time has come to unite and rise against the empire. When you listen to this song you can hear the determination in the music.

‘A Wolf In My Heart’ is the first English song on this album. It’s a folk song about unleashing the wolf within, they even added howling. Other songs with a more folk sound are ‘Tiwaz’ and ‘Het Juk Der Tijd’. Later on they bring ‘The Alliance’, a song sung in Dutch and English where they added violins here to create a peaceful part in between all the drama and epicness this song brings.

The fourth song is an unique song on ‘Vuur Van Verzet’. ‘Yngwaz Zonen’ is as good as an a cappella song, supported by only the sound of the sea, the cracking wood of the boat they are in and the rhythmic beat of a drum. Another different song is ‘Het Oneindige Woud’, which is an instrumental song. These songs bring us a whole other sound than the rest you can find on the album, which is a nice change.

Despite of the fact that I miss the folk metal a bit in some of the songs, this is yet another great album. Heidevolk brings the overall story in a very credible way. Musically they created the perfect ethos for the vocals to tell the story. ‘Vuur Van Verzet’ proves that these musicians really know what they’re doing. 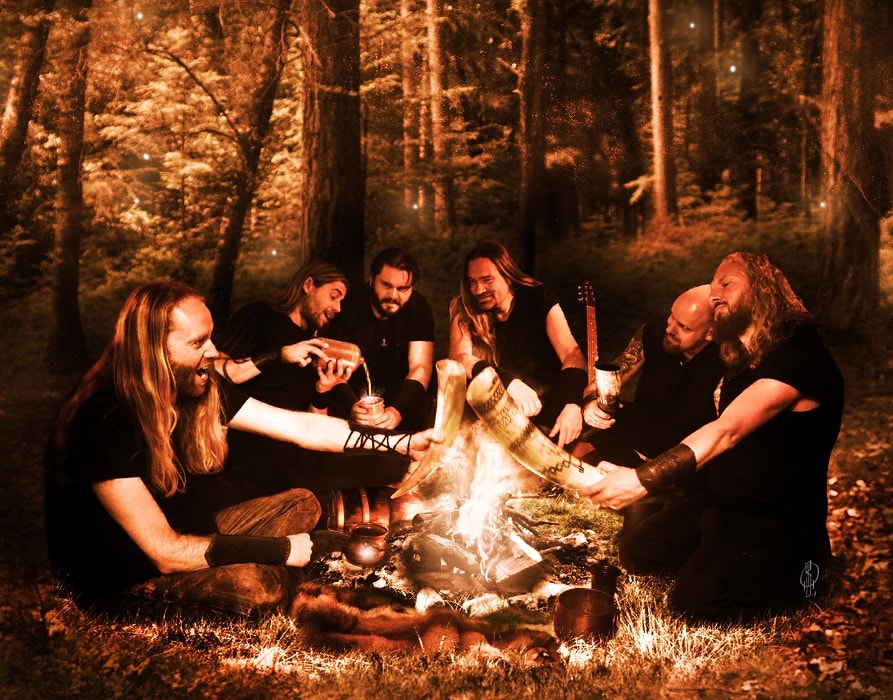