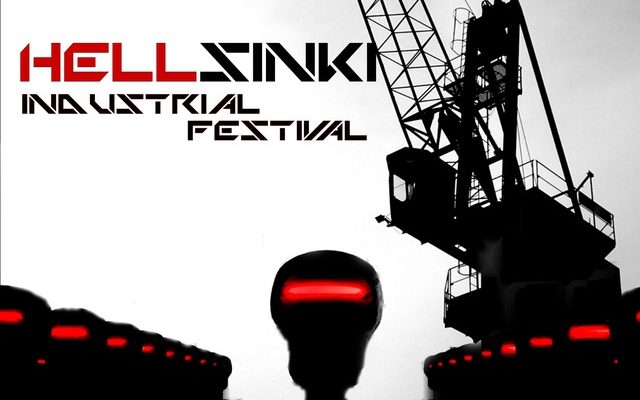 After all the excellent metal and rock shows and festivals that are crammed into my schedule, it felt somewhat refreshing to come across an event that focuses on a different part of the alternative and dark scenery. Hellsinki Industrial Festival came in my sights, a festival organised by Elektrik Products, Club Infektio and Findustry, quickly boasting with some of the biggest names in the industrial/EBM/Gothic scene of today. The event that took over Helsinki spread over 3 nights and 3 locations and brought us a very pleasant weekend!

To start off the festival weekend good, the organisation planned a “pre-festival club show” at On The Rocks in center Helsinki, a cool small venue in the cellar of the well-known rock bar. When I showed up early to catch every single band playing, I was wondering at first if I was really that early. The first band, Finnish Riot Kitten (**1/2), seemed to wait a little bit to try and see if the crowd would grow more still, but ended up jumping on stage after all. They did show a lot of energy and enthusiasm despite the disappointing turn-up and brought a fun short show of typical electro industrial/EBM. The vocalist definitely threw a lot of passion in his performance walking back and forth on stage, going down on his knees, shouting in that microphone as if his life depended on it. His fellow bandmates on keytar and electronic drums were quite a bit more subdued though with barely any sign of emotion. Overal a nice warm-up, but it didn’t get me really excited I must say. Maybe the lack of people in front of them influenced the energy a bit after all… 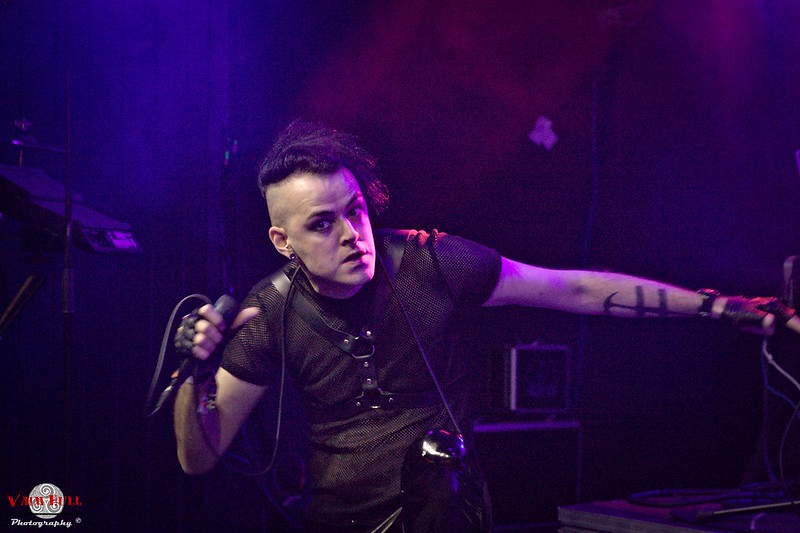 Second band of the night, all the way from across the water, Estonia, Forgotten Sunrise (****) brought a whole different style of industrial music. Less party vibe music, more atmosphere and darkness was seeping into the room quickly. Main man Anders “Kuratino” Melts had a very nervous demeanor which only added to the more frantic and loaded music. He was clearly completely submerged in his stage persona, rocking back and forth while screaming in the microphone at times jumping off the stage to walk between us. Supporting band member Kadri Sammel was the perfect addition, complementing the performance with a more calm and serene presence, mostly playing the beats and electronic melodies, adding her own sweet vocals in the mix and occasionally taking over the bass guitar duties from Anders. At times it felt like an otherworldly experience with an atmosphere that just took you to a different place, a wonderful discovery for me personally. 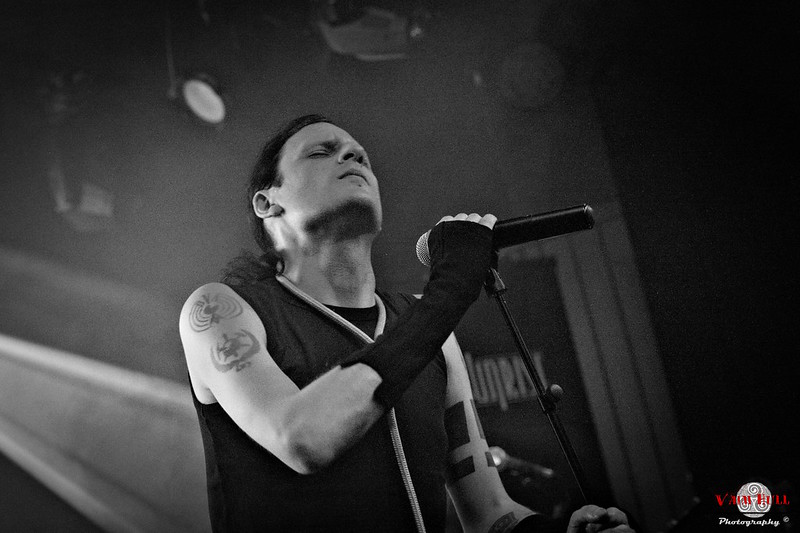 Headliner and closer of this night was the French EBM/aggrotech outfit Chemical Sweet Kid (****). The 3 guys came on stage with tons of energy and enthusiasm, kicking in hard straight from the start. Their damn infectious music filled the room and in the past being a big fan of this kind of music, it felt a bit like coming home. They quite regularly reminded me of old school Combichrist, which definitely is not a bad thing at all! Vocalist Julien was all over the stage, trying to get the lukewarm crowd more excited with moderate succes. But hey, it’s a Thursday night after all, people are not in their weekend party mood yet. He definitely didn’t let it get to him, because he kept that high energy up the whole set through. The guitarist for the show added even more energy to that by spinning around, banging his head as if he wanted to snap his neck, dancing across the stage and regularly joining the keyboardist on the small stage in the back. Add to that some cool visuals projected on the background and you get one hell of a cool show. A pity that they didn’t get more people showing up or better energy thrown back at them, but they’re definitely worth your support. I caught that their new album is as good as ready, so keep an eye on that! 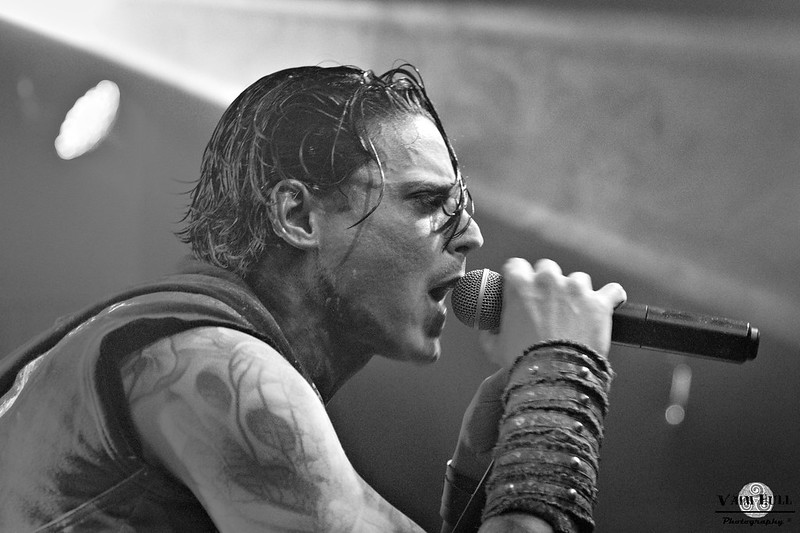 One thought on “Hellsinki Industrial Festival 2018”