Home Death Metal I Am Your God – The Resurrection 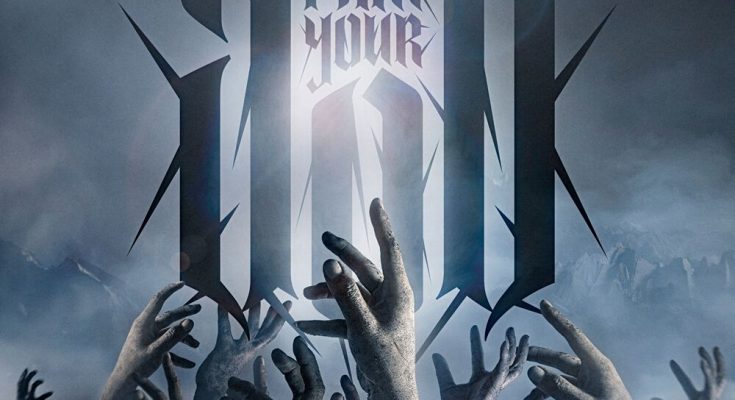 I Am Your God is a young Finnish melodic death metal band formed in 2018 in Lapland’s capital Rovaniemi. After roaming the local gig circuit, they are ready to conquer more of the world and released their debut ‘The Resurrection’ back in 2020 via Out of Line Music. The bring the promise of taking the 2000 melodeath sound into this new era with their own modern touch to the well-established genre.

With ‘Nothing To Leave Behind’ these guys immediately blast off like there is no tomorrow with an almost symphonic black metal sound that sounds very epic, drawing you in for the rest of the ride. It somewhat reminds us of ‘Winter Madness’ from Wintersun. If you don’t know this song give it a try. If you like it you will like this one too most likely. The use of keyboards, how the riffs sound and the high energy will also easily bring earlier Children of Bodom to mind, while the more melodic sections with clean vocals gives off a somewhat Bullet For My Valentine vibe. Most of the elements used throughout the album are nothing new, but the way they combine them and the energy infused to them, really gives them a significant own sound still. Second track ‘Believe Again’ starts off muted and then barrels into yet another prime example of modern melodeath. A very melodic song that throws us back to the beginning of the Gothenburg metal sound and has some very infectious hooks and grooves.

‘The Loop’ goes further on this sound, starting with some very headbang inducing riffs and surprising us with an interesting combination of highly melodic guitar riffs with some nice keyboard tunes, giving it an almost folk metal touch reminiscent of for instance Ensiferum. With ‘Flowers On Your Grave’ they get back to that muted intro trick and further explores the Finnish melodic death metal sound, solidifying the comparisons with Children of Bodom. ‘Silent Killers’ and ‘In Those Time’ continue very much in this direction, but sort of giving a more modern touch to the classic sound by for instance interesting dynamics created through the use of whispering, clean and screaming vocals.

‘Fall With Me’ comes in as quite the surprise with its stripped down acoustic opener that flows into a beautiful slower song with at first mostly clean vocals. It builds up and up into a pretty epic and soaring track and the old school Bullet For My Valentine vibe is really strong here. That track is probably the closest we’ll get to getting some rest on this album. But no worries, with ‘Betrayal’ and ‘Gravedigger’ they make sure that you don’t forget what they are all about: high velocity and energetic modern melodeath with heaps of engaging hooks, strong composition, emotion and shout-along moments. While album closer ‘As The Light Goes Down’ brings in a proper send off with an epic sounding midpaced melodeath track.

I Am Your God came on our radar somewhat out of nowhere and it feels like they are going to be part of the next generation of popular Finnish metal bands. The comparison with Children Of Bodom is really not far off and by infusing some elements and influences in a fun different way, they’re really carving out a spot high up on the ranks of up-and-coming modern young bands. We’re really looking forward to see what the future will bring for these young misfits from the cold North! For now we’ll enjoy some more ‘The Resurrection’.