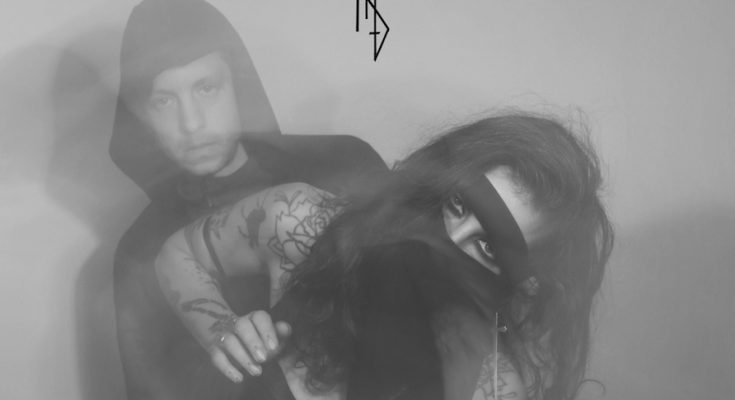 HIDE have announced their debut album with the creative flourish that the Chicago-based duo has become synonymous with, thanks to a striking collaborative video between the band, Nedda Afsari, Kristin Cofer and NYC-based Menthol Pictures. The track, titled “Wildfire,” is the first to be revealed from HIDE’s forthcoming LP Castration Anxiety.

“The first single off our debut album “Castration Anxiety” is ‘Wildfire.’ We made this video with a power trio of women photographers/film makers who we have worked with in the past and were eager to do something more involved with. ‘Wildfire’ is about the earth rejecting its inhabitants. The album overall is about autonomy, identity, and power dynamics,”

Starting in 2014 as a collaboration between Gabel and percussionist Seth Sher, HIDE has spent the past three years aggressively rendering a spate of singles and EPs. Castration Anxiety follows 2017’s highly acclaimed and politically charged Black Flame EP, yet another demonstration of the duo’s unrelenting fury. HIDE has also spent time trekking out of the studio and onto the national stage, playing alongside related acts such as ADULT., Ceremony and Champagne Mirrors, as well as providing main support for Marilyn Manson during The Pale Emperor tour.

Those familiar with HIDE’s provocative live performances will already be accustomed to the hypnotic low-end and sinister vocal delivery that has become the band’s signature. As for those who have yet to witness the raw power of the tempestuous duo…well, you’ll learn soon enough with Castration Anxiety, which enlists the talents of Adam Stilson and Joe Cardamone.

Castration Anxiety is due out digitally and on vinyl (both limited and standard editions) via Dais Records on March 23, 2018 and is available for pre-order now.