Home Interviews Interview St. Aurora – “We are just a bunch of guys who like to go nuts over music” 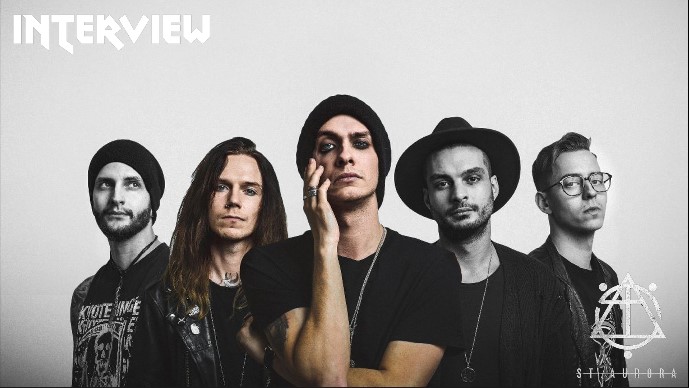 Interview St. Aurora – “We are just a bunch of guys who like to go nuts over music”

Bands keep on popping up in Finland at a pretty rapid pace. After leaving Santa Cruz somewhere last year, bassist Eemi Lamberg (or also known as Ero) started a new project of his own and gathered some friends and friends of friends around him to form St. Aurora. Another interesting group of young rockers to grace this world with their riffs and melodies! After releasing a couple of catchy singles and since they’re about to release their debut EP ‘They All Remember’, we found it a good moment to meet up with both bassist Ero and vocalist Nile at The Riff in Helsinki to have a chat about their project, music and upcoming release.

Since St. Aurora is a quite new band for everyone, we first had a chat with Ero and Nile about how they got together as a band, the funny story behind how they got to the band name and how bands from the heydays of emo music like My Chemical Romance and Fall Out Boy, rockers like Palaye Royale, but also metal bands like for instance Pantera and Avenged Sevenfold influenced their sound. On their upcoming EP ‘They All Remember’, Ero initially wrote most of the music with the others then adding their own touches and after recording those, Nile wrote some good lyrics for the songs. Nile also went deeper in on the very personal meaning behind the songs, more specifically telling the background of their 2 singles ‘Rejects of Society’ and ‘They All Remember’, with especially the last one having a very deep meaning for him. They’re planning to have an online release event where they listen to the EP with their fans, talk about the songs and answer some questions. When we asked them what guest musicians they’d love to collab with for a song, Ero immediately enthusiastically shouted out YUNGBLUD, while Nile expressed really wanting to work with Samy Elbanna of Lost Society at some point in the future. Though both agreed that something with some of the Shiraz Lane guys would be very cool as well. In the end, they all hope very much to see us all from a stage in real life and that we all stay safe. We couldn’t agree more!

For all of that and more, watch the full video on our Youtube channel or right here: