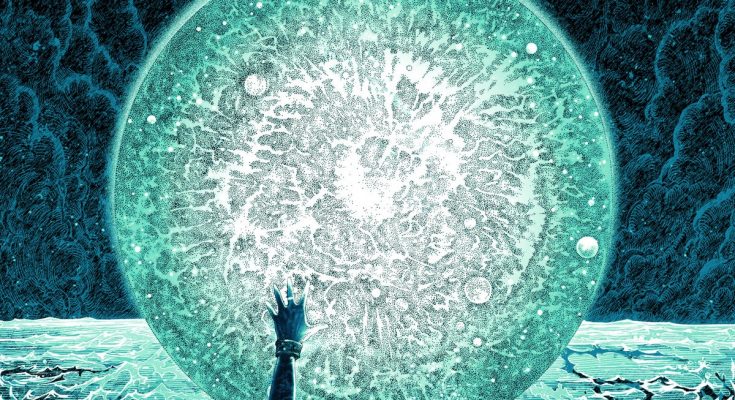 Our Ukranian friends of Jinjer are busy climbing up the stairs to the top of the metal scene with a lot of sold out shows on their current and upcoming tour as a result. With their unique mix of metalcore, progressive and djent poured with the alien beauty that Tatiana is, it is quite clear that their 27 million views of Pisces on Youtube are no surprise. After their EP Micro earlier this year and the excellent 2016 album King Of Everything it is now time to let Macro loose on the world.

Macro kicks off with On The Top, one of the singles and a song with the typical progressive guitar riffs Roman Ibramkhalilov is known for. The song sounds a bit like Periphery but when Tatiana starts to show her vocal talent on the chorus, it crawls in your head to get stuck there. Judgement (& Punishment) brings a nice reggae vibe to the album. Something I always liked Jinjer for; their unique mix of different styles throughout their songs. Retrospection can be seen as a new Pisces and where Tatiana kicks off the song singing in Ukranian. Pausing Death is a typical hard Jinjer song with a very nice middle section like Perennial. Noah‘s crunching grooves are keeping the heaviness alive, the same can be said about Home Back and The Prophecy.

The riffwork from guitarist Roman Ibramkhalilov and bassist Eugene Abdukhanov are outstanding while Tatiana Shmailyuk with her Jekyll and Hyde style of vocals, is one of a kind. Drummer Vladislav Ulasevish creates a very solid base, he has an unique sound. This all mixed together is what Jinjer stands for: progressive and heavy modern metal with room to experiment with other styles. Something that is seen more in the traditional progressive music but not so in the heavy part of the metal scene.

With Macro, Jinjer are continuing where they left off with Micro. It’s one of these bands that brings back some juice and a fresh wind into the metal sound. Macro is a good album but maybe not as good as King Of Everything, it comes across to me that this album is created with too much pressure to keep the hype alive. But of course still much better than the usual releases in the metal scene.