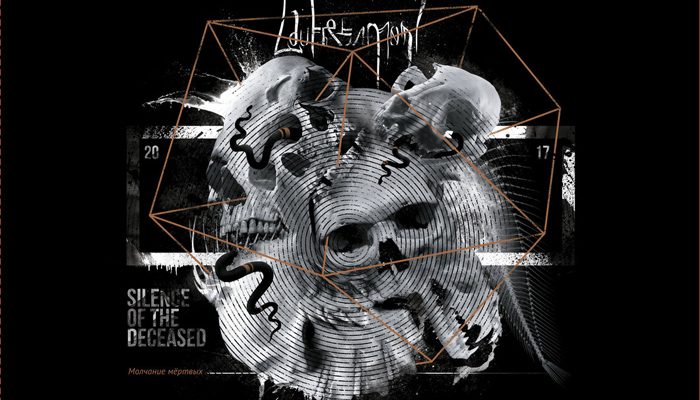 Just some time ago I reviewed an album of the similar dissonance (Nightmarer’s ‘Cacophony of Terror’), and now the Russian trio Lautreamont has grabbed my attention with the label “Avant-Garde Extreme Metal.” Just reading this over and over again would possibly mean that here is another symphony black/death artist in the way of Septicflesh or Fleshgod Apocalypse, but Lautreamont is actually very close to the work of the mentioned Nightmarer—and that means that the Novorossiysk-based band bears comparisons to Gorguts, Meshuggah, Ulcerate, and more.

‘Silence of the Deceased’ is the group’s debut album set for the release on May 7th, and it’s dark, heavy, and terrifying experience that won’t let you for a moment, and will most definitely suck you in its inferno fully controlled by down-tuned whirlwind of guitar riffs, dense bass, unearthly blast beats, and terrorising vocals.

The heavy hitting album opener ‘Evil’ will knock you out right off the bat and Lautreamont will keep you in the state of sonic coma until ‘Silence of the Deceased’ ends with the aptly named ‘Coda’. On numbers such ‘Epitaph,’ ‘Father,’ and the title track, the trio throws a giant wall built from an impenetrable mix of blackened death metal and sludge, leaving no space for a single spark of light.

Lautreamont has done a fantastic job with this debut offering. Combining technicality and heaviness is not something new, but these guys have managed to cook a healthy portion of diabolical, extreme metal that is rewarding.