Home Metalcore Make Them Suffer – How To Survive A Funeral 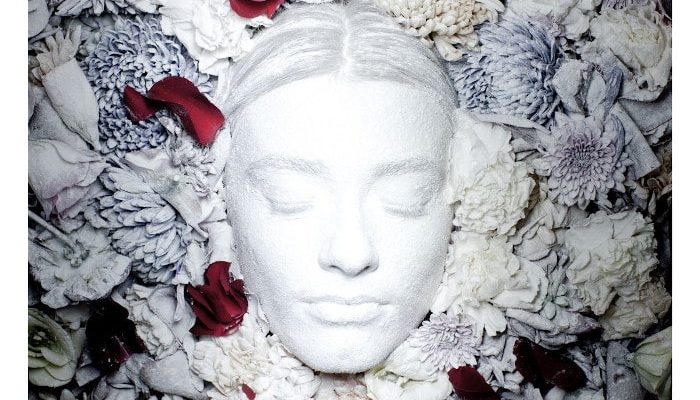 Make Them Suffer – How To Survive A Funeral

Make Them Suffer is an Australian metalcore band formed in 2008. They are one of the first core bands of their generation to use a classical sound and the background vocals of a woman. And it worked. After the release of their debut EP ‘Lord Of Woe’ in 2010 they went on tour with War From A Harlots Mouth and Thy Art Is Murder. In 2012 they signed with Roadrunner Records and that same year they released their debut album called ‘Neverbloom’. In 2015 they released their second album called ‘Old Souls’, a concept album about the inner battle that a protagonist has with his demons. In 2017 they released their third album ‘Worlds Apart’. It’s a classical love story that takes place it was announced that Chris Arias-Real (bas), Lachlan Monty (guitar), Tim Madden (drums) and Louisa Burton (vocals, keyboard) were no longer part of the band. So everyone left except founding members Sean Harmanis (vocals) and Nick McLernon (guitar). They searched for a whole new line-up and they found it. Jordan Mather is the new drummer, Java Jeffery is the new bass player and Booka Nile does background vocals and keyboards. They decided to have only one guitar player from now on. These three new members show what they got on their new album ‘How To Survive A Funeral’.

‘Step One’ can be seen as a short intro which lets us know what we can expect from this new album. From there we go with ‘Falling Ashes’ with raging double bass, core sections, and vocalist Sean Harmanis screaming and grunting his way through the song. I have to say I only heard two songs so far, but I really like this new line-up and I can say there is more coming your way.

‘Bones’ is the third track and gives us another view on Make Them Suffer. It’s more hardcore-oriented. In the chorus Sean Harmanis shows us he can also sing with a clean voice without losing the aggressive touch. Then we have ‘Drown With Me’, where for the first time the keyboards take a more prominent role and we hear the magnificent voice of Booka Nile for the first time. And at the end we are treated with a nasty breakdown. ‘Erase Me’ follows, one of my favorites on the album. Everything feels right, the music, the catchy chorus, the keyboard sound. Just listen and enjoy.

‘Soul Decay’ is a typical Make Them Suffer song. Straightforward a no-nonsense core track. ‘Fake Your Own Death’ is a fucking slasher with a deathcore attitude. Then we have ‘How To Survive A Funeral’, a more peaceful track. It has its aggressive pieces but it’s dominated in the chorus by the beautiful clean vocals of Booka Nile and the piano sections. ‘The Attendant’ is a beautiful song that just takes your breath away. It gives me goosebumps.

We end the album with ‘That’s Just Life’ and if you think that we go out quietly, think again because we’re going out with a bang.

I had kinda lost track of Make Them Suffer. I loved their debut ‘Neverbloom’ but both albums after that I didn’t like as much. This new album with new members however, for me, is a new beginning. Make Them Suffer is back.

TAGbooka nile Erase Me how to survive a funeral make them suffer metalcore releases reviews rise records seas harmanis the attendant
Previous PostInterview Finntroll - "This is really an album that is sort of a point of view from a Shaman" Next PostSólstafir premiered dark, animated video for the new song "Drýsill"

One thought on “Make Them Suffer – How To Survive A Funeral”