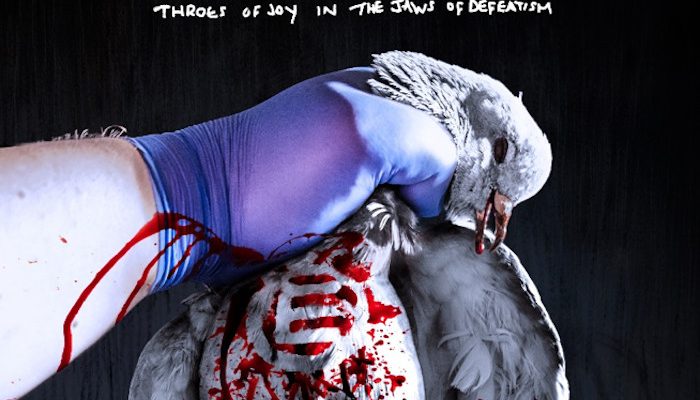 With a discography that goes back well beyond my date of birth and an influence spanning across nearly every extreme release from the last three decades, Napalm Death is a true institution. Now it’s understandable their sound isn’t for everyone. Never has been. Grindcore has only rarely – read: hardly ever – gone mainstream. Yet despite its abstruseness the Birmingham pioneers have managed to push the grind further than any other and they’re showing no signs of stopping. With an whopping fifteen full-length records and countless EPs, splits and compilations to their name, Napalm Death are set on expanding their already impressive discography with their sixteenth studio record disturbingly entitled ‘Throes of Joy in the Jaws of Defeatism‘. You’ll be able to check out this sweet baby for yourself on September 18th at Century Media, but I got my hands on it and I’m eager to share my thoughts on it with you.

What I expect from a Napalm Death record? pure, unadulterated auditory violence. And this is mostly what we get here. The album start is straightforward grinding fun with the band’s usual hints of punk and hardcore. ‘Fuck the Factoid‘, ‘Backlash Just Because‘ and ‘That Curse of Being in Thrall‘ are some solid opening neck breakers if ever there were any. Oh yeah, you’ll find these all over the record. With killer tracks like ‘Fluxing of the Muscle‘, ‘Acting in Gouged Faith‘ and even the title track which starts with just a screaming match from vocalist Mark “Barney” Greenway, the album is a perfect addition to Napalm Death‘s pedigree.

Yet carefully strewn across the album we find a few misfits and interesting choices. ‘Contagion‘, for example, while still being on the rather heavy side, has a different tone to it thanks to its grave clean chorus. This is where I started to suspect that ‘Throes of Joy in the Jaws of Defeatism‘ still had a few surprising moments in store. Take the next one, ‘Joie De Ne Pas Vivre‘, which enjoys a more post-punk approach, is utterly different from the usual Napalm Death repertoire. Same goes for songs further down the track list. ‘Invigorating Clutch‘ takes on a suldgier vibe, but not before building up with an ominous guitar intro half the song’s length. Or even closing track, ‘A Bellyful of Salt and Spleen‘, which takes on a new-wave, even gothic kind of turn. A singular yet not displeasing way to end the album. But among those odd ducks my favourite one by far has to be the powerful ‘Amoral‘. It’s softer and more punk than I expected, but it’s catchy as hell. Moreover, I’ve never heard Barney sing in an almost clean voice worthy of an industrial vocalist.

Yet for all the the good there is to find on ‘Throes of Joy in the Jaws of Defeatism‘, I think the mastering is what I like least about it. It just doesn’t sound as polished as the previous three records. I like my grindcore violent and all over the place, but I also like it crunchy and clean. Some more old-school fans will be delighted by this, but it took me out of the experience a little more than I would’ve liked. 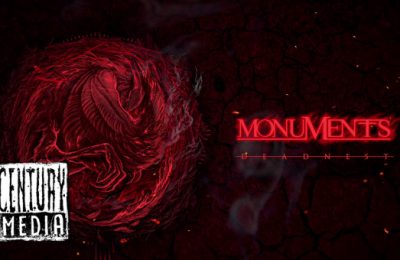 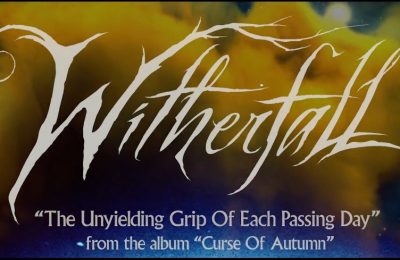