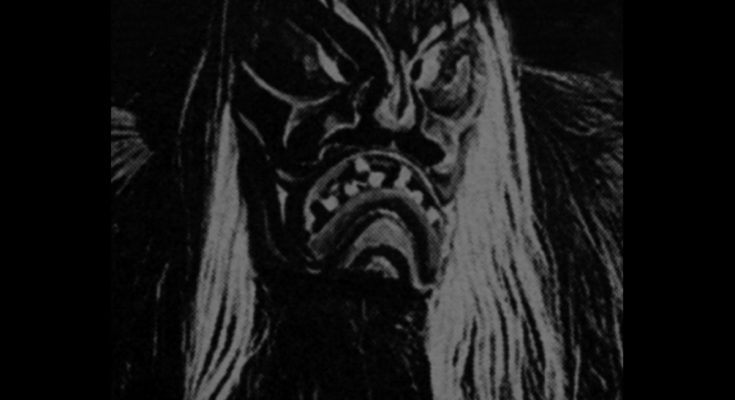 Switzerland’s multi-instrumentalist mastermind Wintherr (Darkspace) made his return on April 23rd, 2021 via Kunsthall Produktionen. Since 1997 Paysage d’Hiver became a spiritual vessel of Tobias Möckl in which he voyaged the cold ambient universe of atmospheric black metal. Following the debut album “Im Wald” released in 2020, Wintherr offers his fundamental palette of epochal rawness. “Geister”, which translates to “Ghost”, features eleven brand new songs that sprawl on the vastness of the harsh blizzard riffs of second wave of black metal. Over the engrossing length of seventy minutes, Paysage d’Hiver wields sharp tremolo riffs with a combination of synth and raw screeching vocals. While the debut album had wintry opulence and surrealism to it, the sophomore effort showcases the old-school roots of the composer.

Opening track “Schattä” presents a frost-bitten rhythm although in a much more subtle way the sense of the old school portrays the core elements of the Nordic black metal. “Geister” comes across as an extremely straightforward approach, trudging through the piercing blizzard of riffs. While the vocals on the newest album are pushed to the forefront, the following track “Bluet” is ornate by the frosty grandeur of the synth. Musically the sophomore album is provided by unprecedented scale with riffs creating a thick texture the atmospheric soundscapes set the icicle patterns of cold bleak winter.

Whereas the drums bombard you with heavy snowstorm beats, the vocal effects evoke nineties Norwegian black metal bands such as Burzum and Emperor. For example, “Wüetig” plows through the kinetic double bass and harsh cacophony of distorted riffs. The song moves along with the raw pace of bone-chilling harshness, creating bleak landscapes of a desolate wintry realm. “Geister” emanates from the innate sense of traditional black metal which demonstrates fewer elements displayed on previous demos. Riffs swell with heavy drum plows and raspy vocals and in terms of production, the album achieved the optimum sound quality compared to prior releases.

On “Geister”, Paysage d’Hiver narrates a fascinating tale of a lead figure known as “Der Wanderer”, who through a lucid dream experience encountered ancient beings from an alien dimension. Wintherr on the new album maintains a monochromatic sound with diverse tempos ranging from mid-paced to slower rhythms and the intensity is obtained through the bleak density of the guitar riffs. Through the fact that there are hardly any melodies that recall the hallmark sound of the band, the songs are rather bleak as they are extremely prone to settle on several tempo shifts.

Mastermind Wintherr offers a unique spectacle of nineties black metal. His innovative style of riffing is fiercely displayed on “Undä”, brought by classic Darkthrone-like riffs. For most of the album’s contents, the songs meander through dark and eerie passages. There are plenty of spacey soundscapes utilized on tracks like “Äschä”. Here the song peaks at the fast tempo of the drums before it switches to straightforward blast beats. Paysage d’Hiver evokes a certain riffing style which reminds me of the German black metal band Lunar Aurora. Whereas the songs are somehow comparable and share similar elements, the drumming work on “Wärzä” is stuffed with catchy dynamics. Without sounding too symphonic the album captures the subtle melodies, by shifting the atmospheric patterns Wintherr wields his magic wand in which the skills are remarkably utilized.

The heavy chords of the guitars are brought into focus, they’re eminently showcased throughout the album where they reveal the similarities to Darkspace. With the perspective of the multi-layered guitars Paysage d’Hiver on the sophomore effort perceives a different approach. Compared to the debut the songs substantially rely less on synth, instead the bleak and claustrophobic atmosphere the guitars and the drums are powerfully manifested. The average time scale of the songs isn’t as long compared to the lengthy tracks on “Im Wald”. “Schtampfä” and “Gruusig” both exemplify the raw frost-bitten style of black metal, despite the songs having similar compositions Paysage d’Hiver demonstrates monochromatic elements of the rapid tremolos.

The closing track “Geischtr” is overly long but it serves as an engrossing piece of atmospheric ambient music. Finally, this is another unique outing by the Swiss mastermind “Geister” is a gem of old-school rawness. Recommended for fans of Burzum, Lunar Aurora, and Bekëth Nexëhmü.