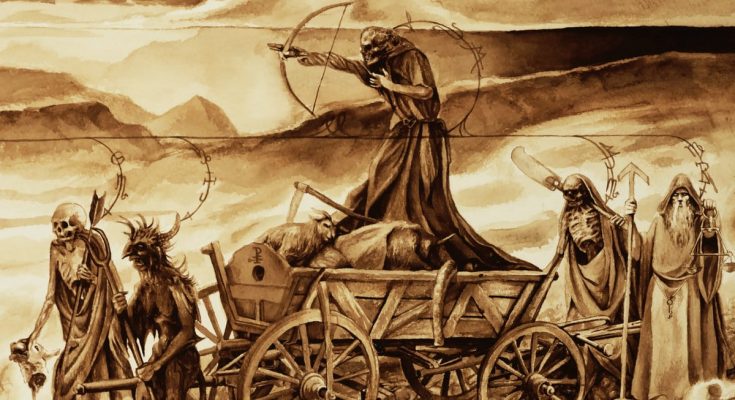 In the early 1990’s the first wave of death/doom bands like My Dying Bride, Amorphis, and Katatonia have touched the essence of this sub-genre with their exceptional and remarkable take. And if you are a fan of this style then I suggest to check out the debut album from the American death/doom band Pulchra Morte. Who combine the models from the 90’s doom metal and displays them with strong elements of early Paradise Lost Gothic era and God Macabre‘s debut. There are many bands that try to mimic and to represent their music in that form of style, but Pulchra Morte‘s debut album is far away from synthetic models and the counterfeit attempts, the five performers are respectively comprised of members from the U.S. death metal bands like Eulogy, Degradations, and ex members from the U.S. black/thrash metal band Harkonin.

With their 2018 released single Pulchra Morte has given us a clue of what to expect from their newest album. Divina Autem et Aniles (Divine and old) orbits around the classics of the 90’s death/doom, and the contents of the melodies here are overwhelmingly established with nostalgic feeling that overflows throughout the album. At many times this album feels like it has been stuck in the shadows of the classic albums like Paradise Lost‘s Gothic, Katatonia‘s Dance of December Souls and God‘s Macabre The Winterlong…The quality of the album leans over the fundamental sound of old school death as there are few hints to Bolt Thrower as well.

The suitable transition from death to doom metal is one of the aspects of this talented band who has arranged a potent set of songwriting. The riffs on the album are the quintessence of doom metal, they also capture the old school death metal feel. Opening Give No More evokes the sound of the raw death/doom a la God Macabre. The vocals sound beastly and savage, backed with guitar torrential riffs that have this heavy tone to them and are delivered superbly. Soulstench is a reminiscent in the style of early Paradise Lost (Gothic era), and it’s beautifully embellished with melodies and slow tempos the middle section is emphasized with female vocals.

Ignis et Tempastas (fire and conditions) ventures into the purity of the instrumentation, the short interlude of cello and strings amalgamate with such flair. Fire and Storm is constructed with heavy doom metal riffs, the creative role of the rhythm guitars with melodies stimulated with chords and groovy sections making this song so enjoyable. The abrasive composition of the guitar tone on Thrown to the Wolves shifts into a rawer sound of heavy doom metal. Divina Autem et Aniles reflects the talent of the five musicians, some of the tracks are approached with slower doomy tempos whereas each track sounds consistent and keeps the power of the heavy riffs intact. Pulchra Morte blends the melodies with aggression and they do it with quality, yet the melodies here are different than death/doom band Gorement.

There are more similarities for example to the Swedish melodic/death metal Cemetary, the weightiness lays upon the solid song-structure and the heavy guitars. Reflection of a Drowning Sun and Shadows from the Cross, replicate the classic death/doom style of the 90’s and they sound very memorable. Divina Autem et Aniles is a beast of an album as every track on this debut flows naturally. When Legends Die engages with thunderous guitar riffs creating this crushing atmosphere and unfiltered melodies that flow with every passing moment of this track. The entirety of this debut album is inclined upon the fundamental and the classics of 90’s death/doom metal. Those who like God Macabre, Cemetary, and early Paradise Lost will enjoy this album. And with such strong debut Pulchra Morte have reached to their purpose aptly and that’s by defining their style, with all of the ten tracks which have a good degree to success. 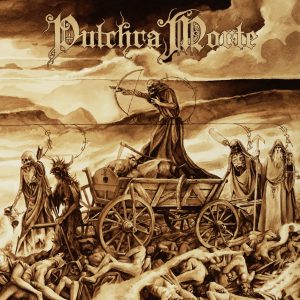