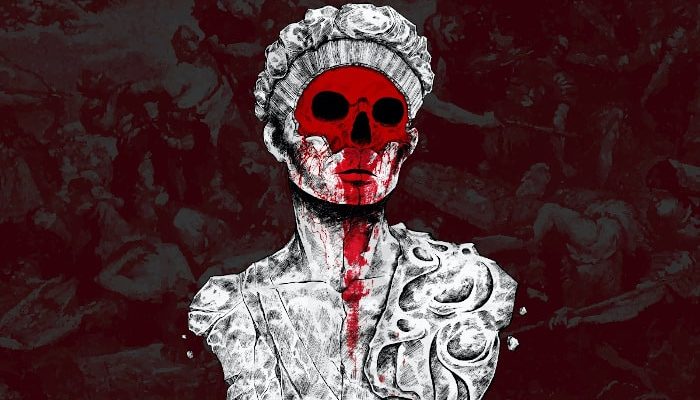 Seether is a post-grunge band from South Africa formed in 1999. They released their first album ‘Fragile’ in 2000. Back then, their band name was Saron Gas. In 2002 they changed their name in Seether, together with the releasing of their second album ‘Disclaimer.’ In 2004 they released ‘Disclaimer II’. This was actually the same as ‘Disclaimer’, but the songs had another mix and some songs they recorded again. A year later, in 2005, they released ‘Karma And Effect’. This was also the beginning of their growing popularity.

In 2007 they released ‘Finding Beauty In Negative Spaces’ and the band continued to get bigger. In 2011 they released ‘Holding On To Strings Better Left To Fray’, which was somewhat of a change in music style. In 2014 they released ‘Isolate And Medicate’ and in 2017 they released ‘Poison The Parish’. Now they are back with their eight album called ‘Si Vis Pacem, Para Bellum.’ For the ones who want to know, the title means ‘If You Want Peace, Prepare For War.’

You can’t put a label on Seether, but you know when they release a new album that it’s gonna be a good one. I like their new stuff, but I was more a fan of their older stuff. It was more dark and depressive. And with this album they go back to the older days. This album is dark and depressive but in such a good way. From quite early on, I knew this is gonna be one of the best albums they released. We begin with the opening track ‘Dead And Gone.’ You can’t go more dark then that. ‘Bruised And Bloodied’ is one of the songs that they released as a single. And when you hear it, you’ll know why: it’s a typical Seether song. When I first heard it, I wasn’t into it but you have to give it a couple of spins. After a while you’re gonna like it.

Then we have ‘Wasteland’, for me personally the best song on the album. This song is what I mean with ‘their sound is dark and depressive’, and you are sucked into this song. I listened to this over and over again and I am still not tired of listening to it. ‘Dangerous’ was their first single and when I heard it, I knew this album was going to be great. They also have a music video of this song. And you have to see it to believe it cause it’s freaky and weird but also fantastic.

‘Liar’ is a beautiful and slow song that takes us back to the past to songs like ‘Driven Under’ and ‘Eyes Of The Devil.’ ‘Can’t Go Wrong’ is a harder side of Seether and I just love it when you just had a slower song and after that you can just get loose on a more aggressive song. ‘Buried In The Sand’ is a song that I love, because if you have a hard time, like you broke up with your girlfriend or you lost someone you love, then you can relate with the lyrics. My experience with the lyrics from Seether is that they help me get better. And that is what I love about Seether: their music and lyrics get to me every time.

‘Let It Go’ and ‘Failure’ are songs like I just explained. ‘Beg’ is just like ‘Dead And Gone’ where they have to get out all of their frustration and just blast away. They also released this song as a single with a video clip in the same style as ‘Dangerous.’

With ‘Drift Away’, Seether does what they do so well and that is making emotional and great songs. ‘Pride Before The Fall’ and ‘Written In Stone’ are the last two songs of this album. The only thing you can do after this is push the repeat button and listen to the album once again because it’s so great.