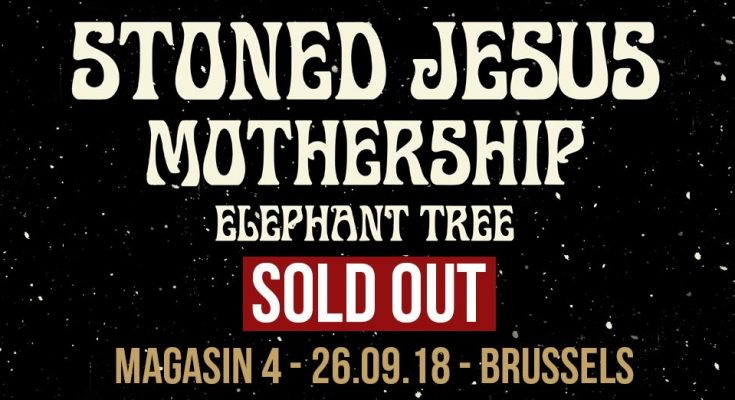 Ever since I got my hands on Stoned Jesus‘ “Seven Thunders Roar” I’ve been wanting to see them live. I was ecstatic when I heard they were playing at Brussels’ Magasin 4, and it stands to reason that I did not tarry to grab a ticket. Little did I know that feeling was shared by so many peers. I never expected the venue to sell out, even though it happened at the very last moment in typical Belgian underground fashion. Outside the venue the unfortunate souls who missed the sales were lining up, hoping for one of us to relinquish our ticket. Sorry, guys. Not gonna happen. You’re actually only raising my expectations for the night.

First up, we have the rockers from Elephant Tree. The Londoner stoner/doom quartet brings us soaring tunes that could easily replace the soundtrack to the 1981 adult cartoon Heavy Metal. Ambient riffs and deep distorted bass lines abduct us from a late night drink in the shady smoke filled venue only to take us on a space cruise to the outermost reaches of our galaxy. 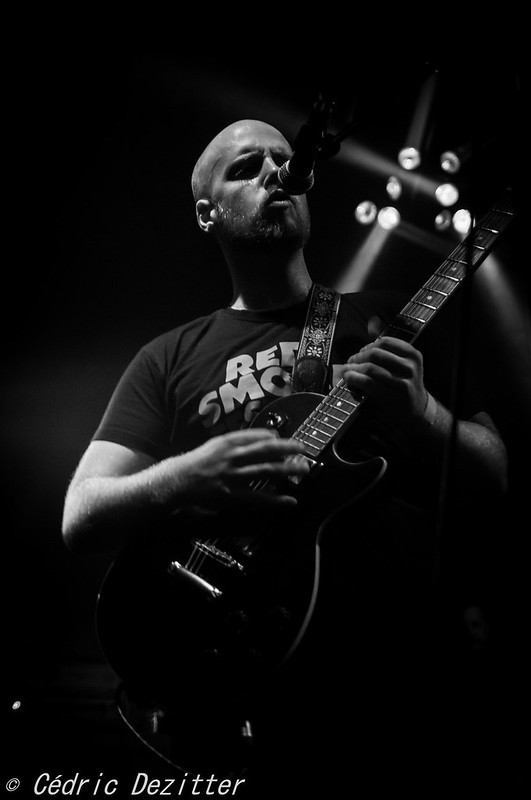 A fun bunch this band. It really felt like they had as good a time as we did, interacting plenty with us as they joked and toasted to a laid back psychedelic atmosphere. At one point they were joined by Mothership‘s Kells Juett for a guest shredding session, picking up the pace a little, I’m guessing to check if we were all still part of this reality. All in all a very cool opener. 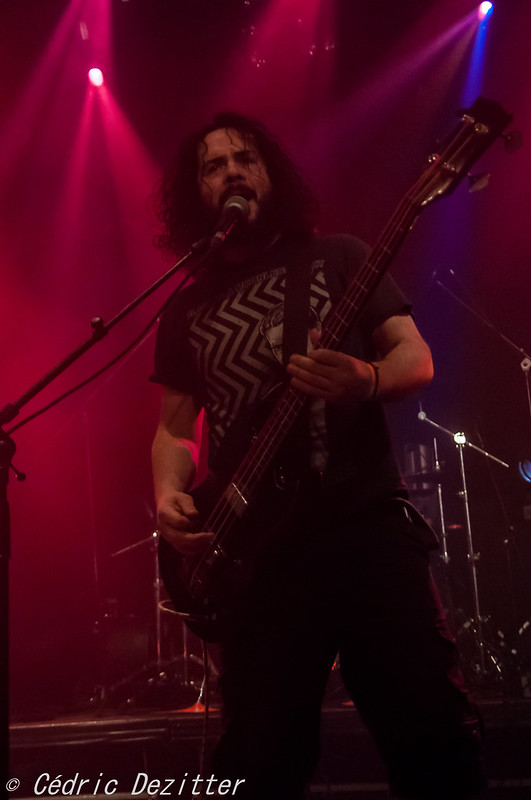 Funny enough, while Elephant Tree is the band taking us on an LSD infused cruise through the heavens, Mothership is cut from a different cloth. Going to a Mothership concert is more like stepping through the saloon doors of your favourite biker bar, where you breathe in the rough ambiance, welcoming it like the smell of cigars and whisky you’ll soon be ordering. The stoner trio from Dallas, Texas rode in with their bluesy metal motorbike, and we went along for the ride. The crowd went absolutely nuts during tracks like Cosmic Rain and Serpent’s Throne, dancing their asses off and even jumping and bumping to some friendly pogo shenanigans. The only thing missing here were a couple of pin up models wiggling to and fro on shiny choppers. 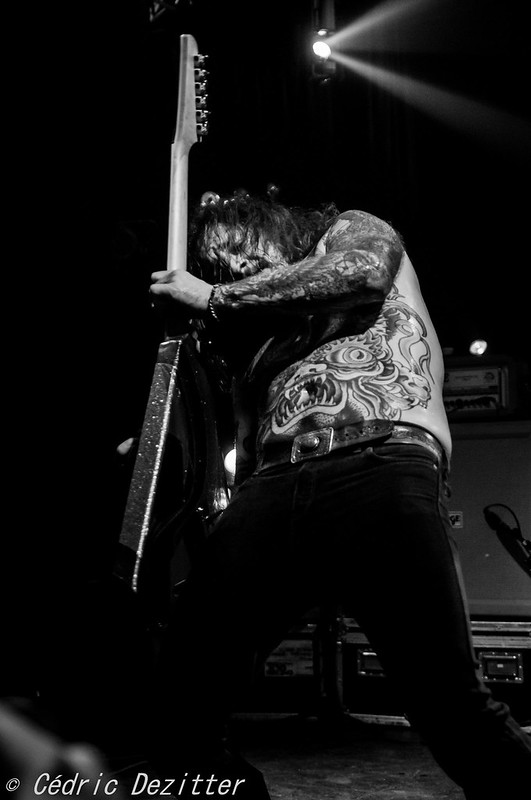 Stoned Jesus know their crowd; that much is clear. Makes sense, since a sold out show usually means the crowd is going to mostly consist of people who are there for the headliner. Kicking it off with a couple of doomy tracks brimming with psychedelic riffs, heavy slow paced drum beats, dreamy vocals, and even a few screams here and there reminiscent of a more post-metal approach, the tone was set immediately. They did have to promise to play their hit track I’m the Mountain later on, just to settle the demands of the more eager attendees. 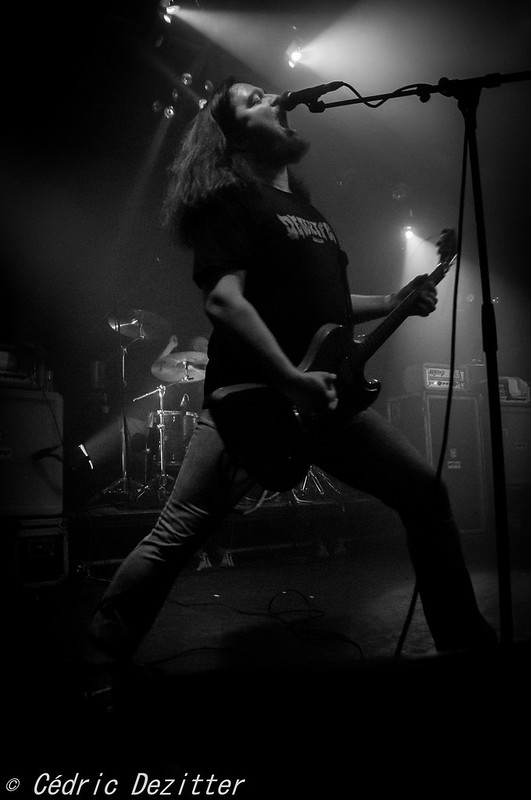 A few puffs off a joint and the Ukrainian stoners were ready to keep the show going, after passing it along to the crowd – to the cheers of most and jeers of some. After this solid show of crowd connection, they continued their psychedelic metal streak with Feel and Hand Resist Him. Besides the masterful delivery, their friendly interaction in between songs made sure they never lost our attention. When at last the long awaited opening ditty of I’m the Mountain kicked in, everyone cheered in excited relief. Man, this track just carries you to another plain of existence. Unfortunately all good things come to an end, but not quite yet. We wanted more and Stoned Jesus obliged our encore with Black Woods as a closing track. 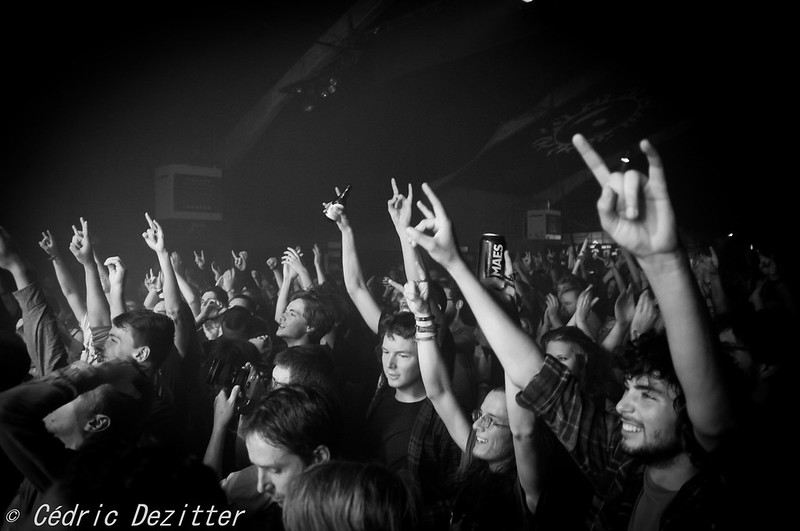 Stoned Jesus truly was the cherry on this space cake of an evening.