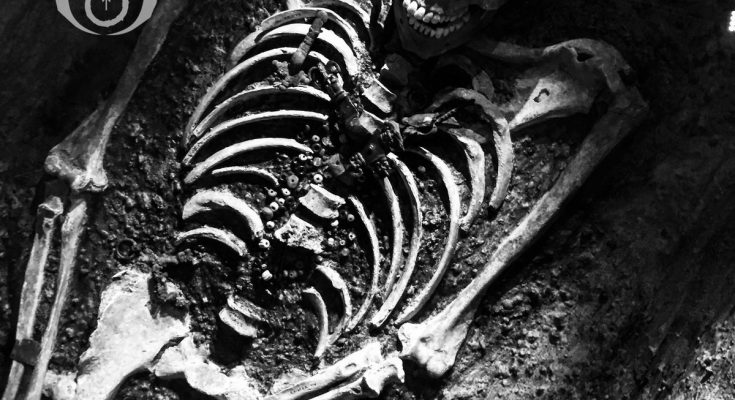 Sykelig Englen is a depressive lo-fi black metal band based in Norwich, England. Formed by the multi-instrumentalist musician Nattskog (Jorgen Sven Kirby) in 2008. Skyelig Englen is also a Norwegian word that translates to “Sickly Angel”.

Over the past decade this sole member has been developing his own characteristic style. The dark and misanthropic muse which inspired the artist may have been the reason for settling over an aggressive and depressive style that can be compared to the early 90’s black metal. Since the debut ‘Hymns of the Dead‘ released through Mjølnir Records, the band embraced a sullen and depressive mood. It thrived on a high concentration of melancholic melodies that seemingly affected the overall music.

Sykelig Englen‘s style reflects the pure and underground bands that are affiliated to the second wave of black metal. On the latest E.P. ‘This Hollow Land‘ Nattskog has formed a sincere and perfect sense of such an iteration, despite the simplicity and the raw atmosphere of the lo-fi production. This is exactly what you have to expect from a band that has been capturing the raw and the old school modalities of black metal. The latest E.P. is a continuation from the band’s 3rd output ‘To Walk Among Death and Pestilence‘ released earlier this year. Nattskog once again exercises his expertise by carrying out the raw quality of such music that personifies the 90’s underground black metal.

Sykelig Englen‘s first phase was somewhat modest, however the latest E.P. extends beyond the work of the early material. This Hollow Land features only three tracks and one bonus song, regarded by its fundamental and eerie nature. When it comes to the guitars Nattskog incorporates slow and fuzzy riffs driven by heavy distorted rhythm and tremolo pickings. Although the formula hasn’t changed a lot, there is still a sense of cold and evil atmosphere that sweeps throughout the running time. The opening track ‘Unearthing the Hex‘ cements the cold and the foreboding sense which is concentrated on the repetitive riffs. Filled with dense melodies and screeching blackish growls, the music can be described as harsh and bleak, which will appeal to the fans of black metal.

There is still an air of melody interlaced with the raw template. The second track, ‘Bearer of the Ritual Lantern‘ is my favorite track of this E.P. The song is maintained by its cold, misanthropic and dark elements. The track also has a rhythmic feel. The E.P. isn’t devoid of the melodic hooks either, some of the moments on the same track are emphasized on the drums where it sounds a bit organic. This is more of an up tempo track compared to the previous one although the change in pace is subtle.

The third track ‘This Hollow Land’ builds on the tremolo guitar tone while another riff provides the aggressiveness to the song including the subtle melodies. This adds a raw and melodic backbone to the musical theme of Sykelig Englen. ‘This Hollow Land‘ encompasses the typical style of the early Scandinavian black metal bands.

In my humble view the latest offering by its sole member is certainly a good addition to the band’s discography. As mentioned above Sykelig Englen will remind the listener of many Scandinavian black metal bands while I find it a bit puzzling to pinpoint any specific bands. ‘This Hollow Land’ has a cold and bleak atmosphere and the productions fits the music. 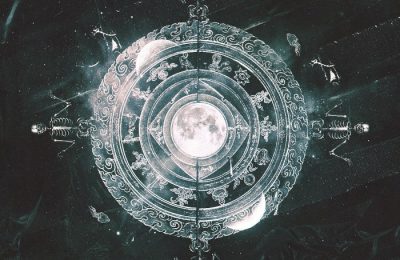