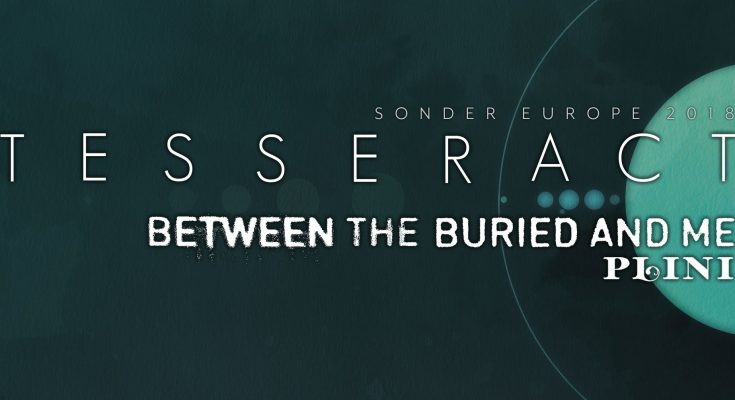 With Tesseract, Between the Buried and Me and Plini you have three progressive bands with their own distinctive elements and sound. When they flock together from three different continents to present their newest material, you know you have a line-up that promises for an intriguing night!

For some Plini (****) might be considered the new kid on the block with his 26 years of age and the fact it’s his first visit to Belgium. However, devotees who have been following this Australian YouTube sensation online know that this guitar maestro has already released no less than 11 albums and EPs. In his case quantity does not mean a downgrade in quality. His music is joyful and light, while at the same time packed with interesting hooks and melodies. A cheerful atmosphere to brighten up the gloomy November 11th commemorations. The concert starts equally sober, though. With all three drums already set up Biebob’s stage looks really crowded as Plini and his live band mates take the stage with almost all the lights on. An abundance of smoke gives another reminder to the horrors of war one hundred years ago? 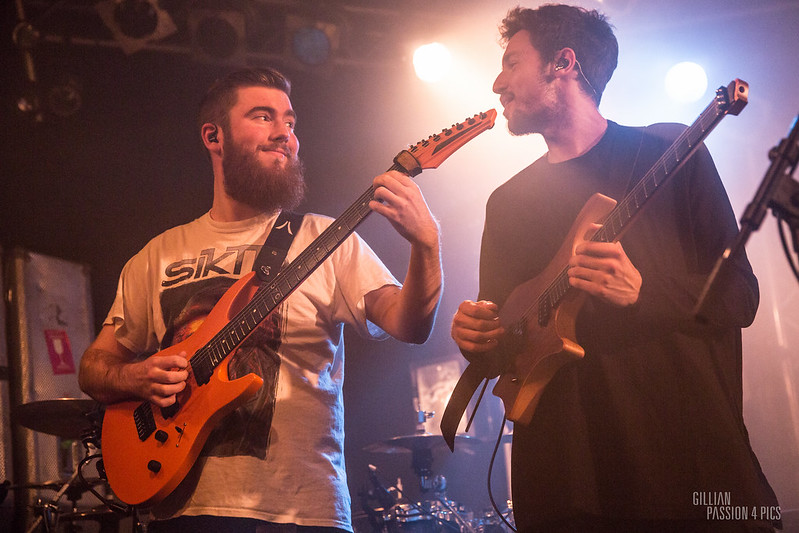 Luckily the visibility of the band improved and we managed to discern Simon Grove on the bass. The producer for bands such as Intervals and Owane does not only bring a great sound from behind a mix panel, but also live on the four string. Star of the show is of course Plini himself. He makes all the tapping and solos look so easy. Sometimes calm, sometimes up tempo, always hopeful, his music is never dark or threatening. The microphone on stage felt like an unnecessary attribute where the instruments do all the talking. Plini used it sparsely only to introduce his band members and say ‘yeah’ in a slow and mellow voice. Plini explained that he always saw metal bands open with a brutal “What’s up?!” and he preferred to take things more easy. Apparently the guy doesn’t only play exquisitely, he also has a great sense of humor. I wish more of these YouTube solo artists would venture out into the world to play their music live. The crowd definitely loved it and asked for more. Unfortunately, the timing was tight as two other bands wanted to climb the stage. 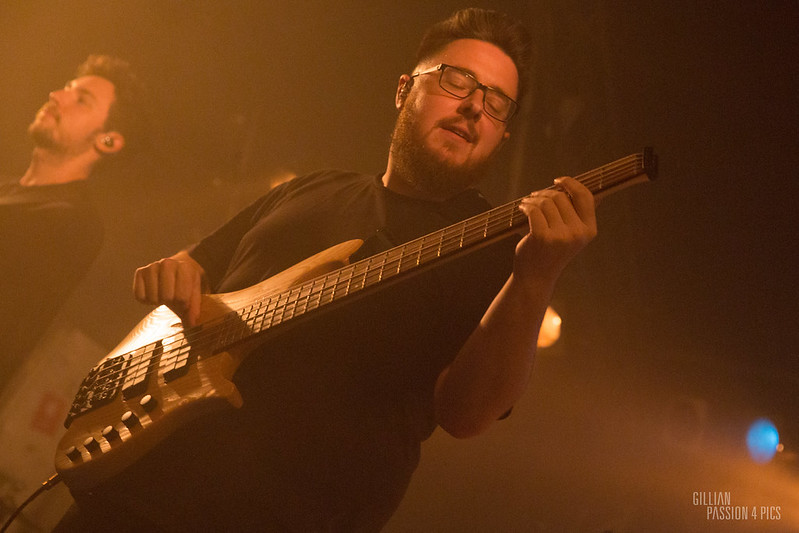 Between the Buried and Me (***) wanted to introduce not just one, but two new albums to the crowd. Spaced only 4 months in time, Automata I & II represent two parts of a bigger whole. As usual with this band you needed more than one pair of ears to notice everything that was going on on stage. BTBAM pulls you towards all sides of the musical spectrum. From a poppy vocal line, to a progressive riff, over chaotic hardcore with now and then a frolic piano tune that gallops through the song. Rogers’ vocals where not always that clear through the wall of sound, especially his cleans. Because Tesseract‘s drum was already set up in the middle of the stage, Richardson‘s drums was placed a bit awkwardly on the left side of the stage. 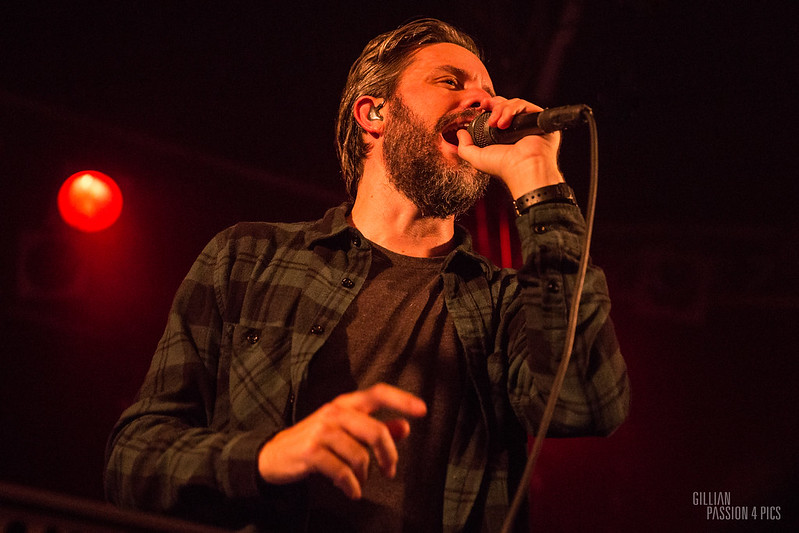 The crowd’s reactions could hardly be used as an indication of the quality of the band’s performance, simply because they did not give the time to deliver a long round of applause as they practically immediately jumped into the next track. The audience was eager to comply and get their hands together whenever Rogers requested it, though. Band and crowd worked in unison to build up Dim Ignition, while also newer songs from the Automata albums were well received. Especially the closing Voice of Trespass had the crowd go wild. Every band member’s virtuosity had its time to shine and it just shows how BTBAM succeeds in combining the most unexpected of genres. Ragtime metal, baby! Time to swing! 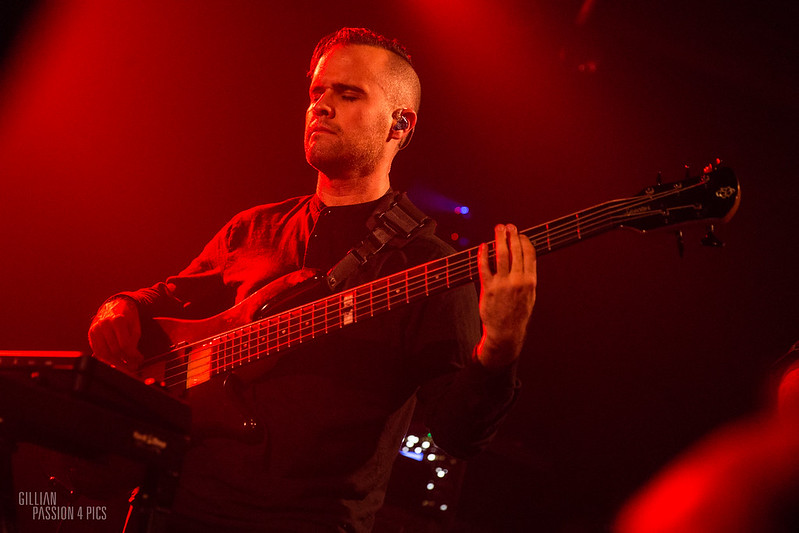 Setlist:
The Proverbial Bellow
The Coma Machine
Dim Ignition
Millions
Sun of Nothing
Voice of Trespass

Things got a bit more serious again when the stage was prepared for Tesseract (****). Just like with their previous visit to the Biebob in 2016 there were no songs playing while waiting. Just some dark ambient tunes to set the mood for what’s to come. Their themes always allow for some introspection and I like the fact they mentally prepare the audience for this experience. Where the other bands seemed to invest little to no attention to the light show, Tesseract brought out the big guns. Presumably they showcased the best light show I’ve seen this whole year. What a difference with their daytime show at Metaldays‘ mainstage this summer… 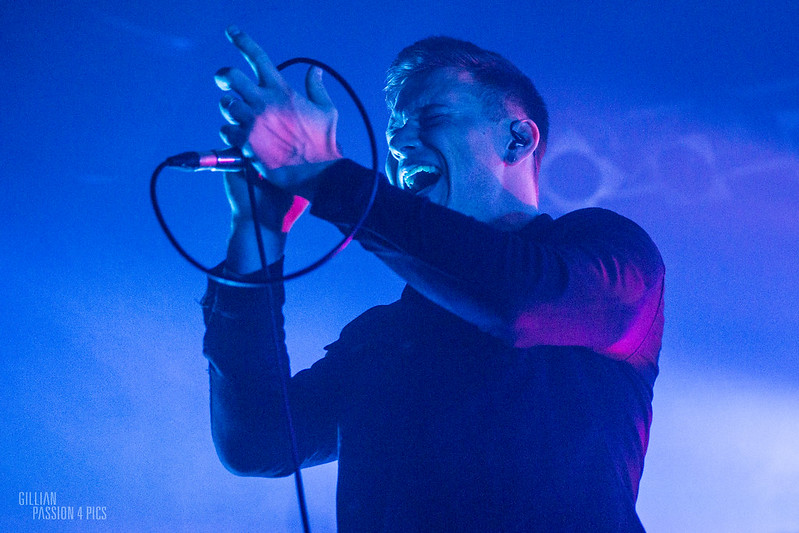 Tesseract delivered a diverse setlist spanning their whole discography and not just the newest Sonder. At first singer Tompkins did not seem to be too strong of voice that evening, not always delivering the vocals with full force or letting the crowd take on a parts of the lyrics. However, afterwards it seemed Tompkins was just warming up as he grew through the setlist. His high pitches and scream during Smile gave chills all across the spine. A totally different kind of goosebumps is what we got from the My Heart Will Go On outro after the set. Maybe the band and Biebob wanted to empty the venue rather quickly? 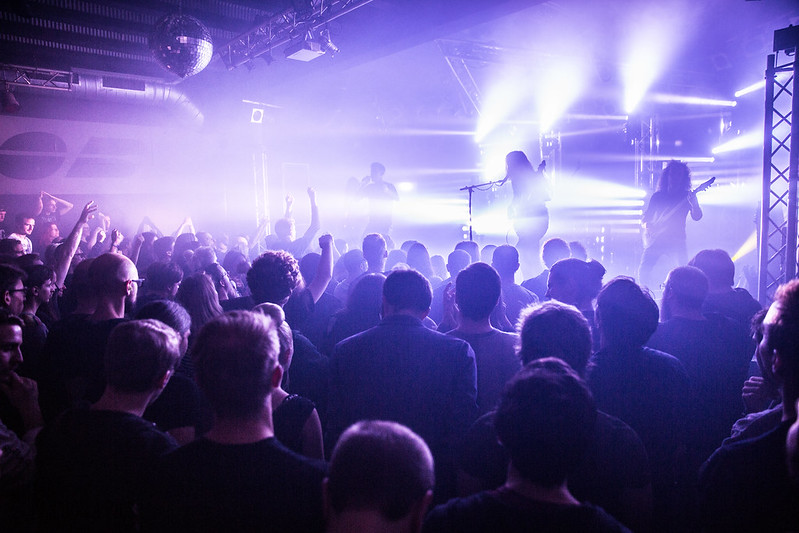 As always, all pics by our house photographer Gillian Pieteraerens!