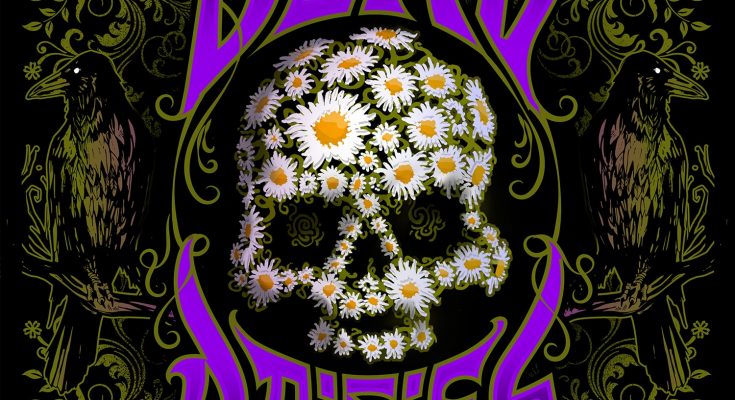 On January 22, rock supergroup The Dead Daisies released their 5th studio album called ‘Holy Ground‘. First of all, can I start with the album cover? This psychedelic background with a skull formed with flowers, daisies to be specific, so detailed you can see the paintbrush stripes on the flowers. Hidden in the background are two crows. What will this album hold for us? Judging on the details of the album cover alone, we’re in for a good one. A point that’s proven by the first track and title track of this album ‘Holy Ground (Shake The Memory)’. Man, form the first note the guitars kick in hard and I literally screamed ‘YES’ when I heard it. I think we’ve set foot on holy ground, honestly.

Next song ‘Like No Other (Bassline)’ seems to start off completely different. A calm bass line opens the song. 10 seconds in and everything blasts out of your speakers again. I love the parts where you just hear the voice of lead singer Glenn Hughes with drummer Deen Castronovo keeping pace in the background. I’m getting three dimensional AC/DC vibes form this. Damn, this rocks. ‘Can you feel my bassline’? Hell yeah I can!

When they say new lead singer Glenn Hughes is also known as ‘The Voice of Rock’, they’re not joking. Not too surprising knowing that he’s fronted 2 of the biggest bands in the history of rock at some point with Deep Purple and Black Sabbath. Man, if I have to compare it to something, it’s like a mix between Brian Johnson and Ozzy Osbourne. The wall of sound this man and the band produce is insane. The Dead Daisies is definitely breathing Hard Rock through and through. They want to prove that Rock is alive and well and here to stay, well, they just proved that.

‘Chosen and Justified’ has this really catchy riff that just keeps me head banging over and over again when I listen to it. It returns every time and even though it’s a simple riff, it just never gets boring. I’ve had short hair for all my life, but I would grow my hair out for this song.

‘Unspoken’ was the first single of this album released in April 2020. A song that doesn’t have the attitude most of this album carries, but still keeps the attention span to a 100%. Let’s be honest here, there aren’t any boring songs on this album anyway. This album is measured in the amount of movement it gives you. Which goes from “I’m able to stay on my chair” to “I have to move my furniture around and rock out to this”.

’30 Days In The Hole’ gives me live vibes. I know it’s studio recorded, but this is how I imagine The Dead Daisies live. Encouraging the audience to participate with the music and just have a good time. No troubles bothering you inside your head for the set of The Dead Daisies. Or, like the band likes to call it: “Giving life to each other, singing, screaming and relishing in the moment”.

If you want to see them live, there is a ‘Get Out Of The House’ European Tour coming up this year, but I’m not sure if we are already alowed to get out of our houses everywhere in Europe because of the pandemic. In Belgium, we’re not really allowed to do so at least. Anyway, if we are able to get out, the Belgium date is the 5th of March in Biebob in Vosselaar. Keep your eyes on this website and the website of your local venue to keep track of what’s going on.

Closing of this master piece of a Hard Rock album is ‘Far Away’. It starts of with a mysterious twinkle. Then, a clean guitar plays some chords. Is the last song of this kick ass Rock album going to be a ballad? Yes, it is. Unexpected but definitely not unwanted. A song to sit down and calm down from what you’ve just experienced. You know, the song in the live set where everybody gets out their lighters or flashlights and reflects on life for a moment? This song musically takes you to all the places it took you in the previous songs. Even though it is a ballad, there are some killer solo’s and riffs by lead guitarists Doug Aldrich and David Lowy in this song that you wouldn’t expect.