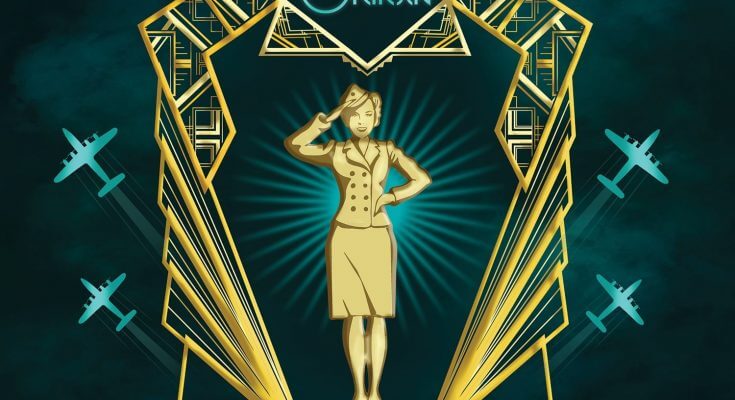 We’ve had the nineteenth century romantics like Byron and Shelley. We’ve even had the new romantics in the 1980’s, but is man really ready for the aeromantics of the 21 century? The Night Flight Orchestra is always in for a good pun and a bit of avionic wordplay.

As deadly serious and angry as Björn Strid and David Andersson may be in their other band Soilwork, this team here caters mainly to bringing everything that was fun about hard rock in the eighties back in style and with a wink 12 parsecs wide.

We’re not talking in a sleazy Steel Panther kind of way, trying to outdo the likes of Mötley Crüe here. Together with none other than King Diamond’s Sharlee D’Angelo they’ve set their minds more on reenacting bands like Toto or Foreigner. Still, song titles like ‘Curves’, ‘ If Tonight is Our Only Chance’ or ‘This Boy’s Last Summer’ reveal their ultimate intentions might be every bit as questionable as the Crüe.

Even though this is all then done with their tongues firmly planted in their respective cheeks, it’s also executed with a great love for those radio friendly AOR originals. Yes, they are the kind of songs that would have inevitably ended up on a romantic ballads compilation had they been written thirty years ago. A song like ‘Transmissons’ could easily have been Sweden’s entry for Eurovision. In fact, they should still do that, they’ll get my 12 points for sure!

They played a small European tour last year in support of the album ‘Sometimes the World Ain’t Enough’, which passed by the Biebob but this year it looks like the night flyer will not land on Belgian soil this time round. However, do not fret, as during the festival season you’ll be able to catch them at Alcatraz this summer.

Obviously, Björn and co are fully aware of the utter cheesiness of these perm fueled tearjerkers. Yet, instead of relegating this to a black page in rock’s history one could only hope time had forgotten, they absolutely relish in the campiness of it all. One exemplary anecdote I don’t want to keep from you: the album was recorded on the very same drum kit that was used on ABBA’s 1980 ‘Super Trouper’.

Cheese and ham aside, I’ll defend Toto’s song craftsmanship to any true Norwegian necrogind sludge non-believer til my dying day and the same goes for these guys actually. They write really good songs that intentionally rehash the clichés and tropes of that era. With a big smile on their face, they hope you have as much fun with it as they did.

One thought on “The Night Flight Orchestra – Aeromantic”