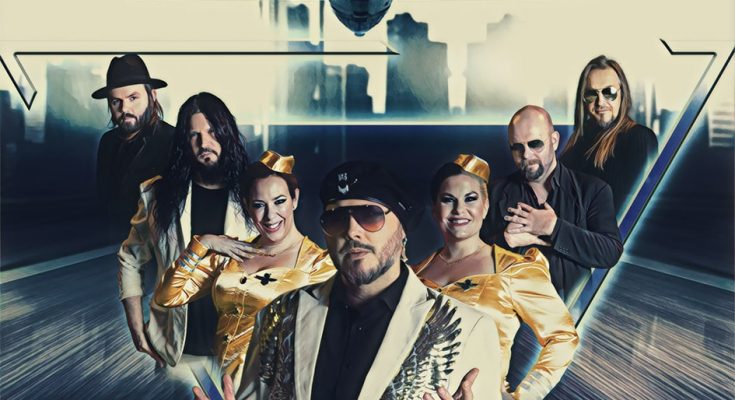 The Night Flight Orchestra recently released ‘Aeromantic‘, another strong addition to their AOR feel-good curriculum, and worthy follow-up to ‘Amber Galactic‘ and ‘Sometimes the World Ain’t Enough‘. We reviewed the record, which came out on February 28 at Nuclear Blast, and simply love Björn “Speed” Strid & co’s latest offering.

Today, the Swedish super group unleashes a stunning music video for ‘Golden Swansdown‘ featuring dancer extraordinaire Ella Snellman. A remarkable fact about her performance: The dance was filmed in one take! Check it out right below.

‘Golden Swansdown‘, the new video release from The Night Flight Orchestra, is a classic  power ballad based around the themes of impossible attraction and the difficulties that arise when you let your heart rule your mind. The video was filmed in the pre-apocalyptic late summer of 2019 by René U. Valdes. This might be the last shot of Earth as we knew it. Featuring Rachel Hall on violin and John Lönnmyr on keyboards