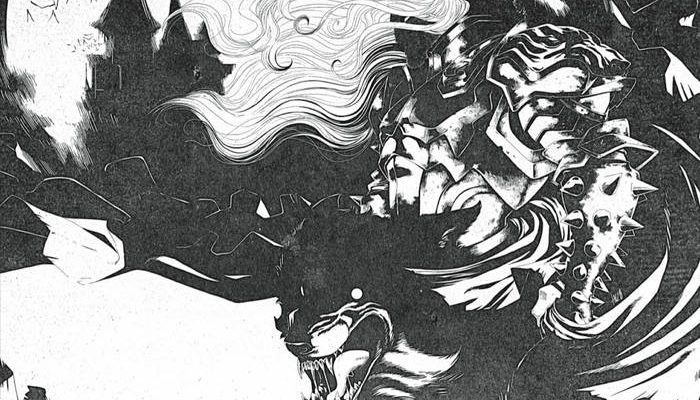 Finnish black metal/ambient act The True Werwolf formed in the year 2002 by the prolific and the multi-instrumentalist musician Graf Werwolf. The musician is also associated with many black metal bands such as Satanic Warmaster, Infernal Darkness, Satanist Terrorist, Virthrahn Werwolf, Orlok, Satanael and the list goes on. Over the past 18 years, True Werwolf released tons and tons of compilations, EP’s and split albums. Unfortunately, most of the material fell under the mediocrity of average quality. In spite of the quality, Graf Werwolf continued to release many EP’s under the name of The True Werwolf with the slight comparison between the band and Satanic Warmaster which encompasses the raw and atmospheric style of the second wave of black metal. The debut full-length album Devil Crisis showcases the talents of the sole member, despite the fact that the majority of the tracks on this debut were actually featured on other releases.

The debut proceeds in the same manner as the previous outings only this time the songs are better produced. Graf Werwolf‘s efficient performance has drastically improved since the first EP over a decade ago. The unparalleled primitive take on black metal explains the success of Satanic Warmaster‘s latest album Fimbulwinter, which is what the sole member also incorporates on The True Werwolf. The debut is transformed into primitive and raw tonality and revolves around the supernatural themes of vampirism.

Often it also crosses over to ambient soundscapes, like album opener My Journey’s Under the Battlemoon. It is soaked in the resurrected platform of 90’s black metal, dominated by the tremolo pickings and rattling drums. The music forges a bridge between raw natures of the Finnish black metal a la Horna, while the vocals are displayed in a raspy tone. Devil Crisis evokes the ancient themes of darkness and witchcraft stretched to ambient proportions. Second track Thy Deviant reveals the musical identity of the band even more. Graf Werwolf merges mesmerizing soundscapes and atmospheric elements of the sweeping synth. The use of the airy keyboards creates many dark moments and the chilling tremolo riffs gently cascade.

These mysterious compositions have many magical effects and the blistering riffs are layered into complex song textures with some of the additional synths performed by V-Khaoz (Vargrav) and Trollhorn (Finntroll, Moonsorrow). Spellbound features a fragmented sample then segues to direct blast beats. The chilling atmosphere of the dense riffs instantly evolves into melodies. The synth and keyboards almost provide a hypnotic sensation.

The musical theme on Chi No Namida is based on the 80’s popular video game Castlevania, and the musical textures are layered on the epic and cosmic synth. A burning passion is forged by the coldness of the tremolos and the haunting rasps as they capture the essence of the second wave of black metal. Through vast musical meandering and repetitive formula the tracks are stretched across cold musical landscapes. The dark tapestry of texture is dipped in an ambient atmosphere, the splendid performance is seemingly charged by vehemence. Graf Werwolf‘s take on the genre is approached through fresh ideas and philosophy.

0373 immediately transports the listener to the ancient realms of darkness, the musical textures and main theme of the song are based on the Nintendo game Journey to Silius. Similarly, The Witch of My Heart embodies the old fashioned and the medieval aesthetics of the Finnish black metal. Here the blazing tremolos and the keyboards are merged to offer the archaic qualities of the second wave. The impressive qualities and depth of the subtle melodies provide a mesmerizing experience.

Album closer Magick Fire is the shortest track that sounds different from the rest of the songs and highlights the early speed/black metal aspects of the band. Nevertheless, the track is rooted in the spirit of old school black metal. The True Werwolf and Satanic Warmaster seemingly hold similar nuances but those who are familiar to the work of Graf Werwolf are certainly aware of the resembling patterns. Devil Crisis is one of the best releases of the year for me. Werewolf Records always brings the some of the highest quality bands from the (Finnish) underground. This is an outstanding album and essential for fans of Horna, Sargeist and Goatmoon. 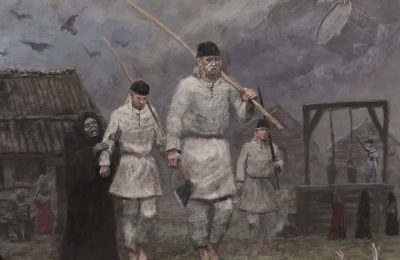 One thought on “The True Werwolf – Devil Crisis”