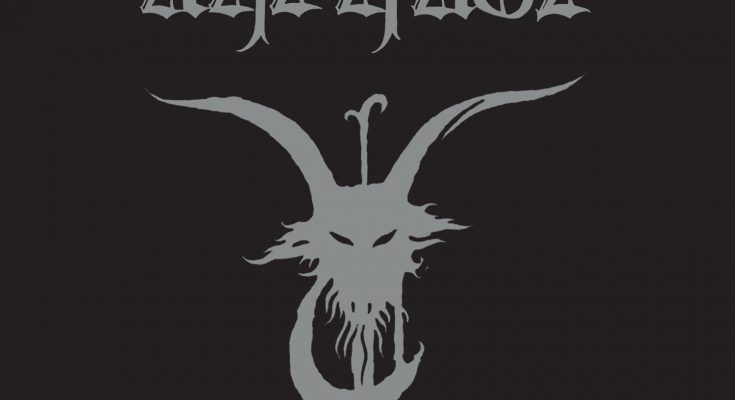 I still remember listening to Urfaust‘s ‘Geist ist teufel‘ for the first time back in 2009, five years after its release. I was pretty familiar with black metal, but nothing prepared me for this Dutch duo’s unique approach to the genre: the horrifying screams and insane “clean” singing, the melodies you could almost dance to but still caked in that raw black metal sound we are so familiar with, mixed with long ambient pieces and slow doomy rhythms . It blew my mind like nothing did until then and to this day that release is one of my favorites in the genre.

After 2010’s ‘Der Freiwillige Bettler‘ their sound and direction changed from a medieval dark cavernous atmosphere to a more profound psychedelic experience. With less emphasis on black metal and more on doom and ambient, releases like ‘Die Erste Levitation’, ‘Apparitions’, ‘Empty Space Meditation’ and ‘The Constellatory Practice’ had a more eastern occult vibe. Urfaust now returns with ‘Teufelsgeist’, an album that hints to their very first album I talked about in the beginning.

‘Teufelsfeist’ is about the journey to an intoxicated state of mind, a descent into madness if you will. The record opens with ‘Offerschaal der astrologische mengvormen’, a song that, compared to their other work, is surprisingly optimistic and hopeful. It fits perfectly with the theme of the album as you would expect this journey to begin with a sober and clear mind. The vocals are almost cheerful, the instruments are uplifting and the general emotion the song invokes is simply something you wouldn’t expect from Urfaust. It’s not until the end of this song that the first hint of melancholy starts creeping up on you with a sudden change of atmosphere.

‘Bloedsacrament voor de geestenzieners’ is a logical next step in the process of losing your mind. There is a foreboding sense of danger lurking in the vocals, channeling doubt instead of hope and a true doom metal vibe in the instrumental department. When the song starts to incorporate a chilling scream, you know there is no way back and the only way to find your way out is to go forward like Dante finding his way out of hell.

‘Van alcoholische verbittering naar religieuze cult’ gives the listener some room to get his mind together or at least try to. This four and a half minute long ambient track is short but effective in preparing you for another step down into the mind of an intoxicated madman. The heavy tone and dancing synths give you the feeling of a panicked search out of a dark room, trying to escape from none other than yourself.

When ‘De filosofie van een gedesillusioneerde’ kicks in, you know it’s too late. The general feeling here is depression, anxiety and a feeling of hopelessness. It starts slowly, building up from the ambient sound to another doom metal inspired trip with the vocals chanting out of this world invocations and the instruments pounding away on a slow but heavy pace. The difference between the first song and this one is huge. The way it evolved in such a short time without warning the listener until you are already beyond the point of no return is admirable.

‘Teufelsgeist’ ends with ‘Het godverlaten leprosarium’. Another ambient track but darker than the last one and a perfect ending to this trip. This is the embodiment of pure madness. With howling winds, screeching, bone chilling sounds and low chanting voices, this was the expected finish to the journey of a man slowly changing into something unearthly and totally unrecognizable from who he used to be.

This record is a beautiful mix of the dark atmosphere of the early albums and a cleaner production we are used to from the latter ones. It delivers on its promise and with the album being around half an hour long it doesn’t bore the listener with overly lengthy ambient tracks, intros and outros. Quality over quantity is what you will find here. It might be even better with their own brand of gin, fittingly called Teufelsgeist made by Hoos London Gin that I haven’t tried out myself.

It is a must buy for Urfaust fans but might not persuade those that didn’t like their music in the first place. Definitely check them out if you haven’t listened to them before, as their sound is a pretty unique take on ambient, black metal and doom metal. They have proven once again they are one of the most one of a kind acts coming out of the Netherlands with another change of direction in their already impressive discography.