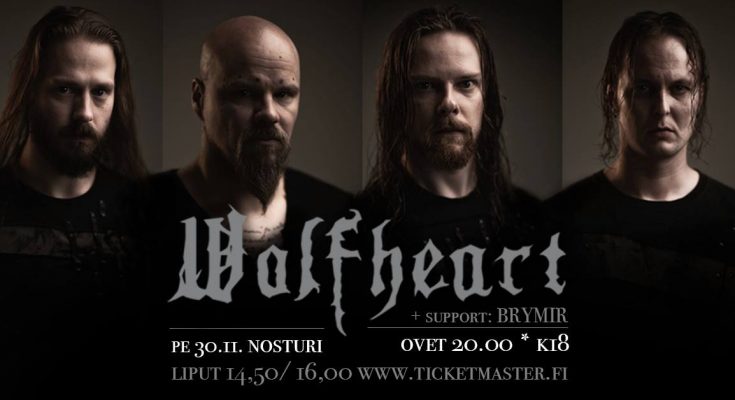 The whole day long I have been waiting to leave to the venue of Nosturi to see the show of Wolfheart with support band Brymir. Meeting my friend at the train station of Helsinki, the windy trip to the concert hall could start. Turning around some of the corners of buildings we were both happy to have some warm clothes, a hat and a scarf to protect ourselves from the cold Finnish Winter. One could say: ‘Winter is coming’, but on the 30th of November, winter has been long time here! Nevertheless our joy and motivation to see the concert didn’t become frozen from all that winter weather.

To warm up the audience for the Finnish guys of Wolfheart, there was symphonic metal band Brymir (*****). The six viking guys of Brymir are also from Finland so this was meant to be one old school Finnish evening. This epic/orchestral metal band was founded in 2006 on a summer camp. Originally this band was named Lai Lai Hei (after one of the most famous Ensiferum songs). First they played only some covers but after winning the summer camp-competition the band got to write its own music and became more serious. Some years later in 2011 the first album ‘Breathe Fire to the Sun‘ was released. Another two years later the original drummer Sami Hänninen decided to leave the band so they welcomed Patrik Fält as a new rhythm-guy. Later on that same year of 2013 the band with new band member were recording their second album. That album was released in 2016 and got the name ‘Slayer of Gods‘. 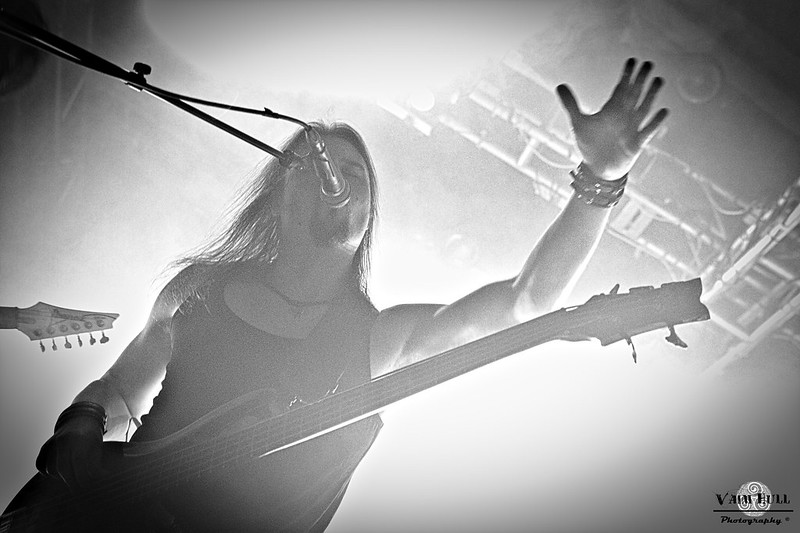 In my opinion this orchestral metal band was the perfect opener for what to come. The music was of course not the same as Wolheart‘s, but the big line was very clear in this one. Although there was not that big of an audience there yet, the people that were already there made the atmosphere instantly good. The melodic pieces were sang by the audience and on the more rougher parts of the songs there were some starting a mosh-pit already. To give singer Viktor Gullichsen some rest there were some awesome guitar solo’s from time to time, so Joona Björkroth could show off his skills. Between the songs there was good interaction between Viktor and the audience, cheering the audience and enjoying the attention. The guys made a pretty good set list in that sense that there were both easy-going songs but also the more up-tempo kind.

After these viking guys it was time for the headliner band Wolfheart (****1/2). At this time of the evening the audience was multiplied a couple of times so the hall was quite full but still not ‘overbooked’ to say so. With a good coziness the guys started their set. Because of the samples played on the backtrack, the band gave the impression of having a whole choir and orchestra behind them in certain songs. This gave me and probably other people in the audience some chills from time to time. Besides a bunch of tracks from their latest release ‘Constellation of the Black Light’, there were a lot of popular songs in this set as all the audience was going crazy every new song the band started. Almost every song there was a friendly mosh-pit, yeas that started from the first piece already! It seemed that the band is loved very much in their own country as the audience was so enthousiastic. 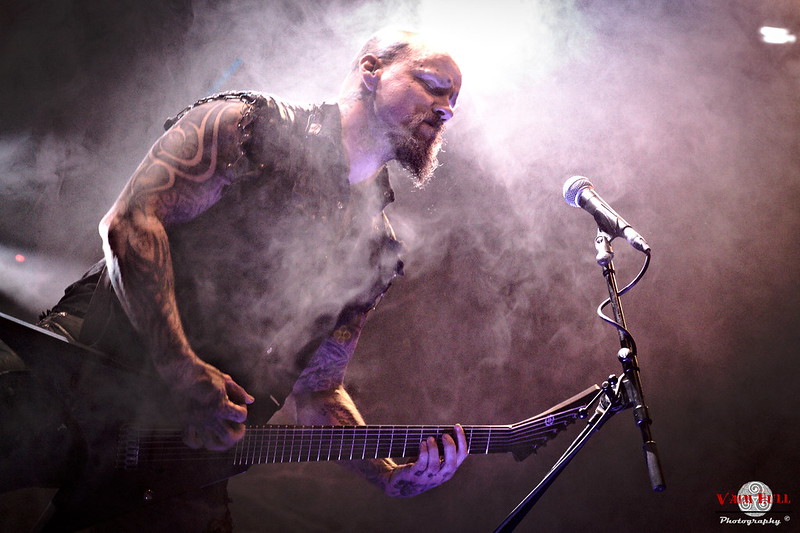 Unfortunately the sound was a little bit less good then the previous band but still it was very well done so no complaints about that. The light show was quite impressive but maybe there was a bit too much of the flashes at some point. Fun fact about this band is that the singer Tuomas Saukkonen was not the one speaking to the audience and making the audience cheer. That was the job of both the guitarist Mika Lammassaari and bassist Lauri Silvonen. In his guitar solo’s Mika could enjoy himself and make the audience go even harder. When the song Breakwater was played the audience was going completely crazy in the biggest mosh of the evening. From then on there was no return, this show was complete. Not only the audience was enjoying this show. Singer Tuomas might not say more then a dry but wel-ment ‘kiitos’ (thank you) at the end of the show, he was clearly enjoying the music, the audience and the whole atmosphere. 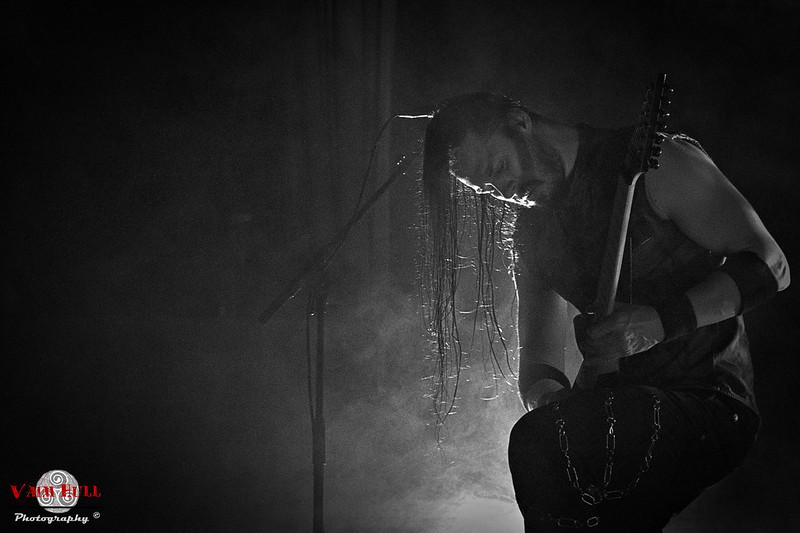 Overall I can say this was a fun and relaxing evening without any issues. The organisation was very well done and the light/sound guys did a good job. The bands were doing great and the audience was pleasant. What more can you wish for? The audience of all ages, young and old, had a blast. That I could tell from all the smiles I saw when going home.