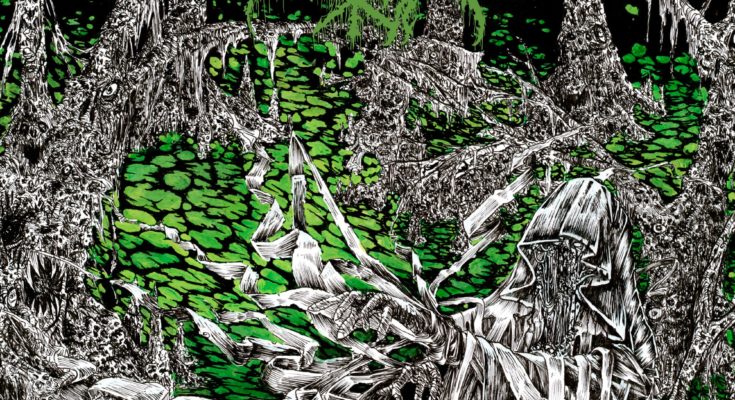 A band called Worm has got to be a slow doomy affair right? With a tasty name like that, it just has to crawl ever so creepingly forward as it burrows itself deeper and deeper into the putrid, rotting flesh of the five tracks on this record.

And in all honesty, ‘Gloomlord’, their second outing, is not so far off that evocative description. Worm started out as a one man project by the ominously monikered Fantomslaughter for their first two demos before transforming itself into a duo with Equimanthorn on their debut proper, ‘Evocation from the Black Marsh’.

Hailing from Florida, it is easy to see why they would take murky swamps as a thematic source of inspiration. That first record reeked of their old school influences, especially Goatlord and Mortuary Drape, with a drab drenched sound that was just as foul as the Glades themselves. For the sophomore they brought in some sophistication to their overall vision by incorporating elements from the doomy spectrum, particularly that raw kind of funeral doom from the early nineties. The spectre of bygone acts like Thergothon, Unholy or Disembowelment looms over every protracted note.

‘Floridian funeral doom’ is what the band members themselves have coined this particular brand brand of gloom.

You’ll find the primordial, almost blackish vibe that Unholy had on ‘From the Shadows’ as well as Disembowelment’s penchant for kicking up a blast now and then. When it slows down again then, it does so on the bleakest of riffs, streaming straight from the heavens. Worm foregoes the melancolic, funereal nature that the genre is usually associated with and instead opts for an demeanor that is drenched in malevolence. 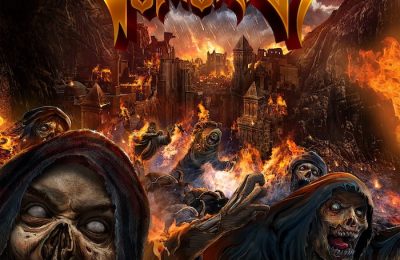