Obey the TerrorVision! Aborted‘s tenth full length is finally mine. Let me tell you: it sure feels like an anniversary. You have no idea how badly I was looking forward to this release. And honestly, who wasn’t? Long have been the days since Retrogore came out. A mere two years ago, you say? Maybe. Sure felt like longer. Not that there wasn’t enough music to go around while waiting for their next masterpiece. But, oh, the filler I had to go through in the meantime! I don’t want to sound overly intense, but let me assure you while I do so anyway: this is it. This is Aborted at the top of their game.

A suspenseful intro quickly gives way to the brutal ramming we all know and love. The relief I felt when I heard Svencho‘s first whirlwind of a growl on the title track. Indescribable. You may also recognize Septicflesh‘s Seth Siro Anton‘s vocals on the title track by the way. Zooming guitars, heart-pounding drums, short and powerful breakdowns, as well as piercing solos are all perfectly placed as Aborted stay true to form during the next few tracks. It is all pleasantly familiar. By the time I got to Vespertine Decay however, it occurred to me that the sound had more melody to it than I expected. By delving deeper into these catchy melodies, Aborted sometimes veer off to melodeath rather than sticking solely to brutal death metal.

If you enjoy a fine course of said genres with a solid side of grind, then Squalor Opera and Visceral Despondency might be your tracks. They are strewn with grindy grooves the likes of Benighted and Cattle Decapitation, perfectly preserving balance between melody and aggression. And that’s probaby what Aborted were going for. This combo makes for a more profoundly researched and energetic sound, which in fact resonates all the way to the end, where the album really hits its stride.

I understand ‘respite’ isn’t a term generally used when discussing Aborted, but TerrorVision just won’t let you catch your breath. I usually take a break after the sixth or seventh track to get out of my dank cave for a few minutes. You know, clear my head in order to find my focus. It seems Aborted would have none of it. Just when I thought I couldn’t get any more captivated, Altro Inferno kicks in. And what a blast this song is. Definitely one of the catchiest tracks on the record, thanks in part to its violent screamalong chorus.

It is followed by A Whore D’oeuvre Macabre – digging the wordplay, by the way – which is yet another testament to a gorgeous mix of BDM and that particular touch of grind, with a guest appearance from Sebastian Grihm (Cytotoxin). Ignore your chiro’s advice and let your head bang. Closing off the album we have The Final Absolution, which carries a sound befitting of a grand finale. It opens up with an ominous synth hum and a groovy hook, followed by 4 minutes of melodic riffs, blistering blast beats, and demonic growls by Svencho and Julien Truchan (Benighted), only to fade out into the sad reality that this unforgettable experience has inevitably reached its end.

I’d quickly like to mention the album’s artwork, which was masterfully done by Par Olofsson, by far my favourite artist in the scene. The man’s designs are legendary, and his work befits this album perfectly. The cosmic dread and the end-of-days-feeling Aborted manages to evoke through their music, he is able to render visible. He has done so before on 2014’s The Necrotic Manifesto, although I personnally thought he held back somewhat on his usual vision. This is not the case on Terrorvision however. I mean just look at it. It radiates hell on earth. 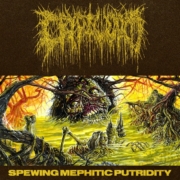 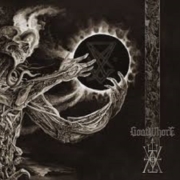 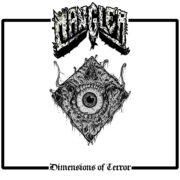 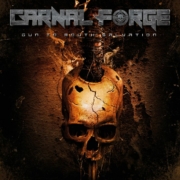 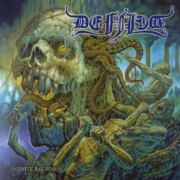 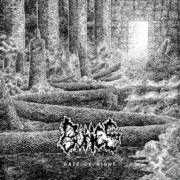