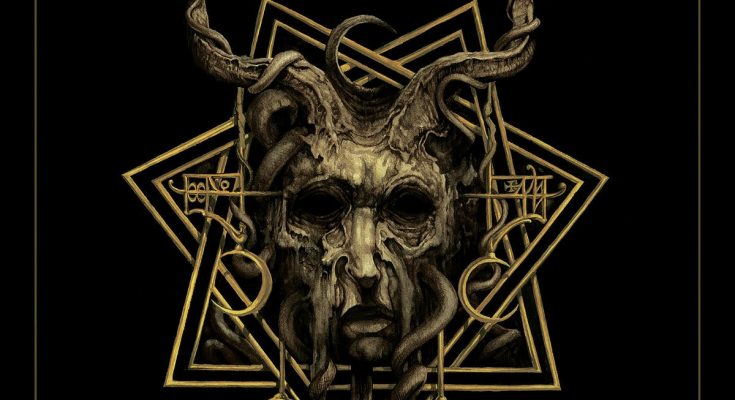 One of the major contemporary bands to rise from Scandinavia in 1997 was the Norwegian black metal band 1349. During the peak of the second wave of black metal the band became a force to be reckoned with among many other bands such as Satyricon, Gorgoroth , Immortal, etc.
The Norwegian outfit whose music was often emeasured as extremely raw and pure black metal is also renowned for their legendary drummer Frost of Satyricon. 1349 reflects the aggression and the chaos of the modern age of black metal. Over the course of 16 years the band was inspired by the notion of true black metal. 1349 managed to release some classic albums such as Beyond the Apocalypse and Hellfire. With further transitions and experimental elements which reshaped the direction of the band in 2009.

The band retained their sound on the fifth album and released Massive Cauldron of Fire in 2014. Recently the band returned with their long awaited seventh album titled The Infernal Pathway. Many have anticipated the arrival of their sonic hellfire. The current lineup consists of Ravn on vocals, Archaon on guitars, Frost on drums and Seidemann on bass guitar. One of the constant elements which makes the new album sound so gritty and fresh is the factor of unpredictability. The latest offering is a solid manifestation of blackened thrash metal.

The album opener Abyssos Antithesis quickly moves into the direction of blackened thrash. 1349 still plays a modern style of black metal yet on the newer album there is a lot of emphasis on the aggressive riffs. With high pitch guitar sound and Ravn’s excellent performance on vocals, the general tone of the album sounds dynamic. Most of the tracks begin with heavy guitar riffs. Frost’s fast drumming is still as competitive and brilliantly executed as ever. There is definitely no doubt about his talents behind the drum kit. The following track Through the Eyes of Stone, initiates in a heavy guitar barrage and storming blast beats carried by force.

Although the music sounds extremely heavy on their new album 1349 blends aggression and melodies. Ravn’s devilish vocals are somehow close to Satyr and the blast beats which sends ripples of destruction across, add an incredible weight to the tracks. There are many raging moments that bring the songs into this raw definition of black metal. Enter Cold Void Dreaming is one of those brutal tracks on the album that features an intense drumming performance by Frost. The main highlight of the album is the vocals and the drums which never ceased to impress me.

On the new album the band exposes their technical skills and the guitars aren’t fully laden with the tremolo pickings although the riffs are built up into a more refined tone. Also the aggression isn’t quite similar to other blackened thrash metal bands such as Destroyer 666, or Aura Noir. The use of power chords on many tracks brought a distinctive sound to the guitar, but it somehow lacks the thrusting force. The Infernal Pathway is intermixed between the black’n’roll and blackened thrash metal. Among the stronger tracks featured on the album is the track Deeper Still.

The track begins with a bombardment of hellish riffs and artillery of blast beats. Empowered by the battery and devilish growls, there is a harsh and overwhelming tone of cacophonous dissonance and the tremolo pickings altogether. With this latest installment the band has reached a new level of complexity. 1349 delivers a number of subversive tracks like Striding the Chasm which reflects the savagery of Nordic black metal. The ferocious storm of the pacing drums and blast beats proves that Frost is a beast behind the drum kit. Archaon Boost the sonic waves unleashing one massive riff after another, the band reach to speed when they’re fully engaged into hyper shifts.

The explosive mix of brutal riffs maintains the sound of the album and the tempo hits the climax. The second part of the album features better tracks and they are more dynamic. Dødskamp is another great track that begins with catchy guitar melodies then shifts into thrashing up tempo riffs. In spite of the achievement on the latest record, the Norwegian quartet has defined a vicious tone. The album closure Stand Tall In Fire shows a fresh intention by the band to explore newer elements. The sonic aspiration here uncovers the influence of the modern age of black metal, even though it is not as I expected a typical 1349 album. Many fans might be surprised by the sudden direction towards blackened thrash metal but overall this is a decent record with some good tracks.