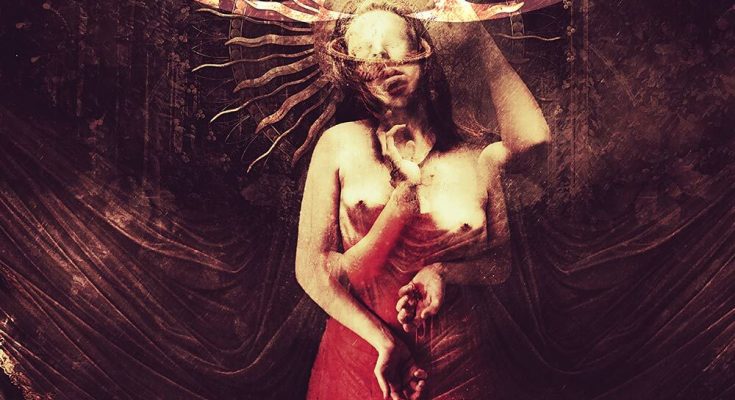 One of our PR partners brought my attention to one of the labels they represent and I had to come to the conclusion that they have quite a few really interesting up-and-coming bands to offer. Time To Kill Records seems to be killing it lately with the releases (pun intended). Some time ago they released the sophomore album of the Italian melodic death metal / modern metal outfit 5RAND, called ‘Dark Mother’.

After a short intro, they bring the first proper song with ‘Embrace The Sky’. It starts with some clean guitars and front and center drums, changes into a more solo vibe going in a crescendo only to properly kick off with the typical sound of melo death riffing. Soon vocalist Julia Elenoir is barking her lines at you and off we go! Ferocious and blood-pumping stuff that gets an extra shot of melody when she opens up into soaring clean vocals in the chorus that ends in a demonic roar. It seems that lately there are a lot of bands coming to the surface with female vocalists who manage both the beauty and the beast side of the vocal range (or even Jekyll and Hyde type of thing) and I’m not one to complain about that.

Julia‘s harsh vocals sound mean and are snarling at you at every turn, while her clean vocals are very pleasant to listen to and at times really soaring. Personally I’m not necessarily a huge fan of the timbre, but there is no denying that she has quite some pipes on her. And in combination with the melodic, rhythmic and well-written music, it just simply works. ‘The Awakening’ caught my attention with the electronic sounding opening that out of now where bursts into full on melo death onslaught with a roar from Julia and almost blackened sounding riffs. Another really cool element in this track is the fact that they did a sort of double tracking of the vocals at times, combining both the harsh and clean vocals to be heard at the same time.

Sadly, a lot of the songs sound a bit “same same” to me: melodic intro, kicking in hard with typical melo death sound and harsh vocals, chorus with clean vocals, bridge with guitar solo,… The songs aren’t bad at all, but there doesn’t seem to be much variation at all. A nice surprise however, was the pair ‘Feel The End’ and ‘Old Angel Midnight’. Where the first is sort of an extended intro for the second with a creepy and slightly demented sounding voice that at times breaks out into some crazy screams, making it a perfect build-up towards ‘Old Angel Midnight’. That track introduces a haunting sound in the background that soon gets replaced by some really evil sounding melo death riffs and … harsh vocals. When the to-be-expected clean vocals pop up, they actually sound different than what I’ve heard before with a slight effect on them and have the harsh ones still going on top of them. The soaring cleans make an appearance as well, but now it’s less bothersome to me because of the variety of earlier. About halfway they create a bit of a breather with a melodic guitar solo evolving into an almost accounting sounding bridge that then builds up again, but this time ends up in very black metal almost dissonant kind of sounding riffs. That is the kind of dynamics and versatility I was looking for and this song truly makes me excited of this band.

And then there is ‘Before The Flood’; a track that I was waiting for the whole album. A true burner that simply kills and slays. From start to finish they keep a high pace going and Julia goes harsh all the way through. It simply kicks ass with at times almost a thrashy touch to it. And none of those clean vocals that take me out of the groove, keeping it action packed. Again, nothing against Julia‘s cleans, but at times they really break the songs a bit too much, feeling as if they are put there because they definitely want to make it “melodic”. But as other bands, like At The Gates and Dark Tranquillity for instance, already have proved before, that is not always a necessity when doing melodic death metal.

They really caught me unaware with the last track ‘Silent Spring’. Much in contrast to the track before, this one is more melodic, slower and almost symphonic/theatrical feeling at times. It’s gloomy, slightly doomy and in a way a perfect track to fade the album out. It’s a pity that they put all the variation in the second half of the album. It makes the release feel a bit out of balance this way and while in the beginning I maybe started to lose some of my attention, I was wide awake during the later half.

5RAND isn’t necessarily doing anything special or new and they’re definitely not re-inventing the wheel here. At times ‘Dark Mother’ starts to sound a bit too much of the same thing, basically having a similar pattern every song. Luckily they manage to show off still what potential they hold during the second half of the album, introducing new elements like infusing other genres, changing up the pattern and rhythms within the same song and playing fun little tricks with the vocals. For fans of melo death that don’t mind regularly some clean vocals this could be a sweet little treat of a band that could bring us some really fun stuff still in the future.