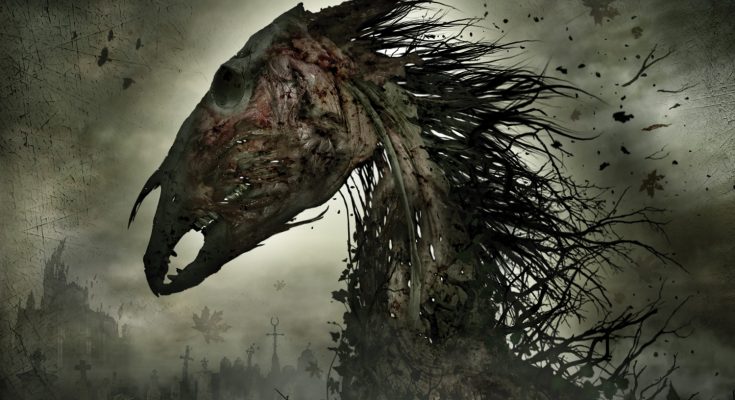 That last one was a doom outfit that by no means of coincidence also included Type O’s axeman Kenny Hickey and Johnny Kelly, the guy who took over from Sal when he left Peter & co to join Life of Agony for the later to be classic River Runs Red. As a kind of Dave Grohl or Phil Collins of gothic rock Sal proved himself to be an excellent songwriter when he traded the drum kit for a six string and a mic.  The debut And Hell Will Follow Me echoed the doom ‘n gloom of the Drab Four, but without Steele’s peculiar sense of black humor. His singing in particular recalled the late Layne Staley from Alice in Chains, adding a touch of grunge to these musings of misery.

Speed ahead nine years to their third full length. The lineup has changed significantly: for one  Johnny Kelly has joined as a permanent member since Seventh Void folded. The spirit of Vinnland still looms over the songs both in subtle and unsubtle ways.  Any fan of Bloody Kisses will recognize the tongue in cheek nod to Set Me on Fire  on  Lay with the Wicked a mile away. Whereas the previous two records had a dynamic interplay  between ballsy rockers and slow burners, When The World Becomes undone’ mostly focuses on slow outstretched bouts of melancholy. This has rendered a rather monochromatic record that in a strange twist of fate also recalls the uncannily similarly titled World Coming Down.