Second installment “二度目の災害” (‘second disaster’) from the enigmatic black metal entity Arkhtinn takes us on a dark voyage into the cold dead space. Arkhtinn is a part of the Prava KolleKtiv consisting of an anonymous group of musicians. Over the past few years, the band has released a number of demos, but it was until the year 2018 that this enigmatic outfit released its debut album. “最初の災害“. The band provides a cosmic sense of the palpable atmosphere creating a brooding mood for the listener with the use of electronic samples combined with the oppressive percussion and rhythm guitars adding immense sensibility to the growing atmosphere of the music transcends in the sonic realm of cosmic black metal. The keyboards here form thick layers on top of the blistering tremolo-picked riffs that are meticulously infused with the massive outburst of the drums keeping the music flowing deep. The sonic breadth of the album creates an atmosphere similar to other black metal acts such as DarkSpace, Limbonic Art, and Paysage d’Hiver.

Arkhtinn with their sophomore release presents the cosmic sounds of dark space, the music builds a cinematic theme of intergalactic luminosity. The eerie opening of “一番” paints bleak desolate landscapes of horror when the simmering cauldron of the furious drums unleashes rapid blast beats against the overwhelming force of the scathing riffs. The haunting keyboards form glacial undercurrents that sweep underneath the demonic shrieks where the spacey electronic samples are being utilized. “二度目の災害” is a unique musical oeuvre by this enigmatic outfit, there are plenty of pinnacle moments when the drums transition to slow and mid-pacing tempos, Arkhtinn has managed to cultivate the optimal sound quality for their album. The kind of haunting wonderment here evokes the eerie sounds of atmospheric/symphonic black metal as you will be dazzled by the churning maelstrom of crashing drums, spacey guitars, and the majestic keyboards that provides a haunting backdrop to this accursed symphony. In spite of the epic composition, the tremolo-picked riffs add the spacey effects and the shimmering samples are shrewdly utilized adding textures and hooks.

“一番” perfectly display a chaotic and bleak journey for the most part of the music where the rhythm guitar provides a wonderful feeling that shimmer in the dark canvas of the atmosphere, and the heavy barrage riffs add immense power to the tempos and this what gives it an epic and grand experience. Arkhtinn pushes their craft into the infinite domains of space, one of the most significant aspects of the sophomore is the clear production as each instrument is layered perfectly the lead guitars boast the momentum creating an otherworldly wall of sound. Ominous shrieks and ambient keyboards are combined to the sonic equilibrium to the celestial aura, as the heavy thundering drums cleave through the glacial fury of the blizzard riffs.

“二番” descends into eerie darkness with the guitars injecting a groovy tempo the keyboards create beautiful patterns and textures in the background, the drums kick off into a fast-paced tempo building to a crescendo that sets a haunting melody. Clearly, Arkhtinn takes a new unprecedented approach to atmospheric black metal where they emphasize the gliding synth lines with the driven guitars there are plenty of cosmic style synth and driving symphonic keys within the song structure. Haunting screams emanate from the manifesting menace, Arkhtinn brews wondrous alchemy of sonic majesty blending obscure synth passages and ambient sections aptly showing the level of the instrument arrangements.

Symphonic swells then take an epic scope to create images of dead stars and distant floating planets there are brief pauses between the tempos and here comes the role of the blazing guitars to integrate the complex layers of the music. The ambient passages add many textures with ghostly keyboards, blistering drums, and the guitars flitting into a frenzied tempo. Everything at this point falls into bleak silence then abruptly builds up again to sound more aggressive and furious, the track, in general, leans to the ambient/atmospheric orientation. The sonic articulation, in general, has transcended beyond the previous effort the gripping take on black metal illustrates a majestic journey, being the maestro behind the other instruments the keyboards outshine the most. The thrilling grandeur of epic space feels quite expanded where every moment in this album provides a horrifying experience, another grim aspect in the album is the tone of the guitars and the vocals where they flow with the contrasting elements.

Sorrowful atmosphere drawing dark landscapes whereas the beautiful orchestration provides a brooding effect “二番” uncovers the subtle symphonic touches with the thundering percussion. The final five minutes of this epic track become more symphonic in breadth without sacrificing the powerful effect of the guitars and the menacing vocals. Finally, this is one of the best albums in black metal albums that came out this year “二度目の災害” is highly recommended for fans of atmospheric/symphonic black metal a la Limbonic Art, Darkspace, and Paysage d’Hiver. 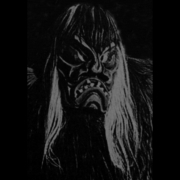 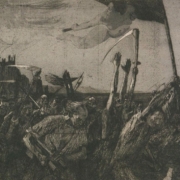 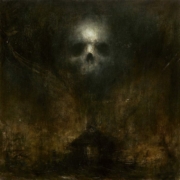 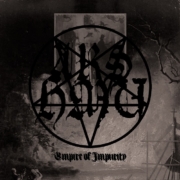 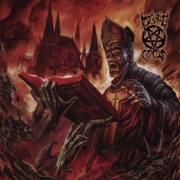 Beyond the Labyrinth – XXV