You are here: Home1 / Album Reviews2 / Ifernach – Capitulation of All Life

Since the past decade or so, the Quebecois black metal scene had grown to be one of the best underground scenes with a slew of highly talented bands like Forteresse, Spectral Wound, Sombres forêts, etc…. they shaped this scene as world-class contemporary bands. In the essence of the spectacular style of the second-wave Quebecois black metal band, Ifernach released its fifth album “Capitulation of All Life” on December 16th via Tour de Garde. Aesthetically the band delivers eight tracks of unholy black metal with its furious guitar riffs channeling the mid-nineties style of bands like Marduk. Ifernach offers an excellent mixture of the rhythm section and well-crafted guitar arrangements.

The instrumental “Introduction” echo of obscure church organ setting the tone for the album where the music takes you to the medieval periods of the first nations. “Gathering of the Archangels” blends rhythm and tremolo-picked riffs. Sustained by the savage avalanches of the drums, the guitar work showcases the talent of the Canadian band with its song composition and high pitched vocals, the riffing convey catchy musical phrasing.

“Capitulation of All Life” reminds me of the early days of the Swedish and Norwegian style of black metal. The furious delivery of the drums does not compromise its savageness on “From Pestiferous Dreams…” and the vocals are reminiscent to early Marduk. With the abrasive direction of the guitars, the melodies here are at the peak of perfection. The drumming is always played at relentless speed and the rhythm guitars create a cold atmosphere. Chilled guitars then sweep through the freezing cold atmosphere with melodies woven through to create a pitch-black aura. Clocking in thirty-six minutes of pure malice, Ifernach seems to take their work at height. The unsettling shrieks of the vocals remain ominous and merge with the piercing melodies.

The blazing tone of the tremolo riffing descends like a storming maelstrom. The drums are straightforward at times but they always bring balance. “Hovering Over Ruins And Death” begins with a dark synth intro leading the way for the drums to wreak havoc. The music gives you an impression of puritanical fires and brimstone burning in some desolate dark forest, the synthesizer applies an eerie feel to the music. Ifernach creates a perfect mood where the inclusion of these elements enhances the songs overall. With its synthesizer and the guitars engaging in fast and mid-tempos, bringing in catchy rhythm and melodies, truly recalls the style of raw black metal.

The fifth album elaborates the songwriting as on the whole. The tight and focused musicianship display full creativity and this is one of the signature elements of the Canadian black metal scene. “Until The World Burns” is a blasphemous black metal anthem full of aggression. Ifernach unravel its composition; every track is seemingly different and this is what gives the album a wide range of styles. The same thing can be applied to the vocals, they sound so evil. Next track “Mundo Malism” is where the riffing style brings some heavy chunks of tremolos. The drums refrain from the furious transitions instead the pacing moves in a plodding raw manner with its crude dense riffing then a rising clean vocal part slips into the chorus. Ifernach continues its vicious and relentless pace but the music here shines. Through the malicious vocals, the band maintains the aggression but the slower paces work quite well in general.

“Beholding The Talisman of Doom” tears at a furious pace, the drumming and the riffing is improvised throwing some classic vibes of old Gorgoroth. Almost similar to the previous track, the insertion of the chilling melodies and the female vocals are so captivating. Ifernach has achieved great successes on its new album. “Capitulation of All Life” is menacingly powerful, abrasive and the flair of melodies proves that the band is quite ahead of its rivals, many riffs on this album drip with dark atmospheric parts.

“Foi En Rien Ni Personne” has a cold and melodic tone. The freezing aura of the tremolos and the sharp piercing vocals create a wall of sound, with the swift drumming outbursts and slow melodic dirges at the end of this track, are damn near perfect. The slow riffing gives the music a deeper and majestic feel overall. “Capitulation of All Life” could have been among my albums of the year list but unfortunately I was not able to give the album a fair listen early enough. Nevertheless, Ifernach managed to pull a great mixture of malicious old-school black metal. 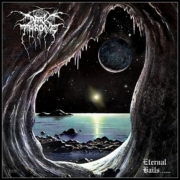 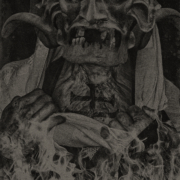 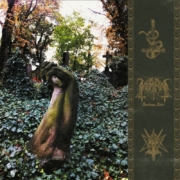 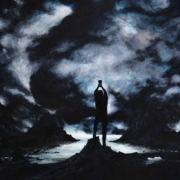 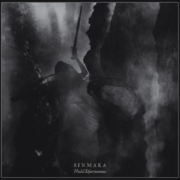