You are here: Home1 / Album Reviews2 / Nekrovault – Nachhut: Toward The Towering Tomb

Bavarian death metal act Nekrovault continues to sculpt its reputation as a promising newcomer into the genre of death metal within the European underground scene. The follow-up EP “Nachhut: Toward The Towering Tomb” depicts all the sense of dread and gloom bringing with it titanic riffs and plodding drums. Nekrovault took all the elements from the debut album “Totenzug: Festering Peregrination”, however what the quartet presents on the latest EP is something noteworthy for the fans. It is interesting how the German quartet enhances the atmosphere of the two lengthy tracks as the result of the songwriting. Nekrovault expands beyond the notions of the cavernous death/doom while keeping the aggression and brutality intact throughout the run time of the EP. Given the songs a peculiar nature to display lengthy portions by conjuring a slow menacing feel, therefore the appeal of the newest material lies on the creeping atmosphere which is the main momentum.

The slight change in the vocal performance isn’t too different from the debut album and this is to say that Nekrovault has nailed a proper sound that feels more like an extension to the predecessor. The drumming is mostly mid-tempo but there are some creepy passages and blasting sections brought to balance. The integrated details of the atmosphere in the background are absolutely claustrophobic. Although the framework of the two lengthy songs is constructed on death/doom metal riffs, they instantly creep into the style of black metal. The layered guitar work this time brings diverse facets into the play to juxtapose the ominous ambiance and the grotesque guitars dragging you down into the bottomless pits of the abyss. “Where The Fog Entombed The Light” gives us an extensive idea of the band’s latest craft and begins with a bleak opening of the slow guitar chords and the crushing drums.

The ominous clean vocals and the sinister aura hang heavy as you can feel crushingly enclosed within the darkest pits of hell. Thick impenetrable heavy chugs create a wall of sound encompassing an air of moist. And the brooding sensation of darkness suddenly unfurls when the drums take a blistering pace, being the key prospect, Nekrovault show great ability to draw the listener in the brooding mood. Slowly unraveling the malicious elements of black metal, the doomy guitars create passages between the plodding drums and the guitars are distinguished by the tremolo-picked riffs. Sullen black metal growls and variable guitar riffs bring many tempo changes. Despite the receptiveness, there are plenty of fast sections. The doomy Necro passages get hold of the listener.

The second cut “Black Hole Grave Millstone” is an eight minute track full of sludgy guitars. The drums provide a boost of blackened/death metal brutality, whereas the vocals offer dual shrieks and harsh death metal growls. The heavy guitar chugs are seemingly inspired by the obscure style of death metal. These slow riffs and plodding drums bring plenty of slower sections. The main focus here is how Nekrovault produces such a dreadful atmosphere. Unlike the debut album, “Nachhut: Toward The Towering Tomb” emphasizes creating a colder and frightening feel that can be perceived as a creative manifestation of mixing death and black metal.

Another solid component that provides depth to the music is the foggy tonality of the guitar riffs before transitioning into the up-tempo section. All these mutations and musical arrangements, including the tempo changes, fit the dense atmosphere. Though Nekrovault has somehow found a perfect sound and niche in achieving brutality, ominousness and duality between death/doom and black metal are purely carried out with heavy paced riffs and plodding drums. Just in eighteen minutes of solid brutality and gloominess, Nekrovault’s latest offering “Nachhut: Toward The Towering Tomb” surely won’t disappoint fans of modern death metal. 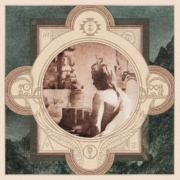 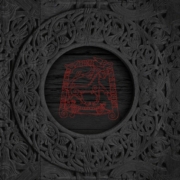 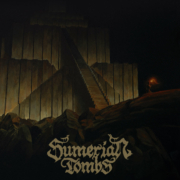 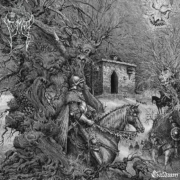 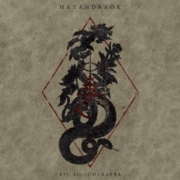