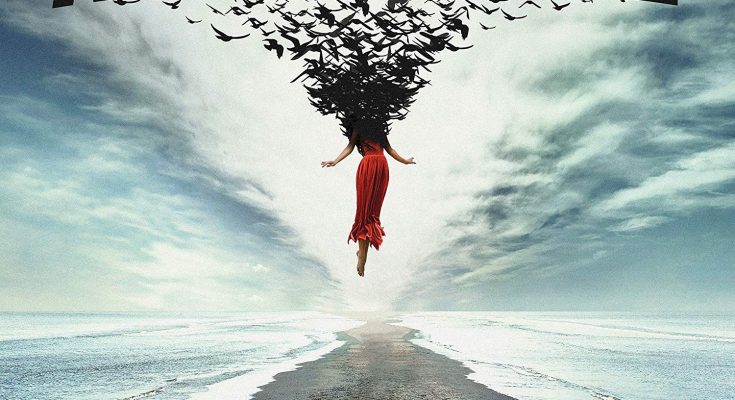 Alter Bridge has been a band known for crossing the lines between hard rock and heavy metal for over 15 years. Three years after The Last Hero, they are back with a sixth album Walk The Sky.

With fourteen tracks on it, this has become quite a long album. It displays a high quality creative point for the band, we wouldn’t expect less with incredible musicians like Myles Kennedy , Mark Tremonti , Brian Marshall and Scott Phillips . The album kicks off with a movie like intro that creates and shapes the mood this album wants to show. One Life, the first track, is slow with melodic vocals that showcase what an excellent singer Myles Kennedy is. Wouldn’t you rather and In The Deep are classic Alter Bridge songs that lean to a more eighties heavy metal and AOR sound. Godspeed and Native Son will become songs that the crowd will sing along, they have this hard rock driven sound that people want to scream along.

There a lot of songs on it that have this rhythmic flow in it, something Alter Bridge has always done perfectly . A song like Forever Falling starts out very intimate, but hits you with riffs that will make you totally crazy. If you’re into songs like that, you should also check out Clear Horizon where Mark showcases he has this ability to do magic with his thundering riffs. Dying Light closes the album and is quite as strong as the opener, with its haunting lyrics, this song has the ability to touch your soul very deeply.

It is clear that Alter Bridge has been going through a lot of effort to create this album, musically as lyrically. Walk The Sky is a very good album with a lot of emotions and diversity in the music. Though not as good as Fortress, which I think is a diamond in their career. Alter Bridge is ready to take over some headlining spots from bands that are becoming a bit rusty. If you’re a fan, you will love it. For the others, let it grow on you. There are some beauties on this album.