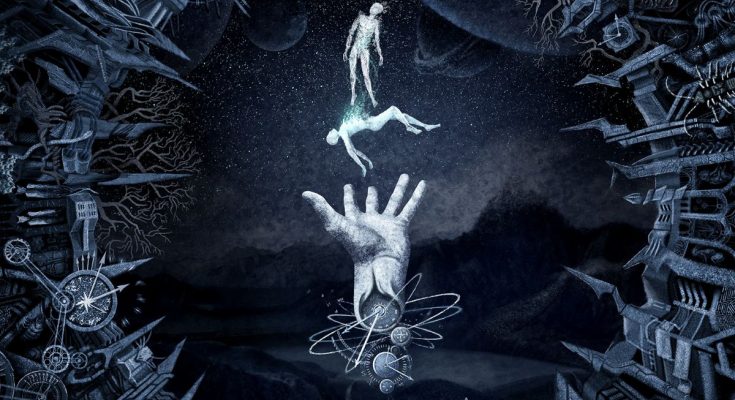 It took eighteen full years for the Finnish (often experimental) symphonic black metal outfit …And Oceans to come back with a brand new studio album. Cosmic World Mother is the band’s fifth album and sees them returning to their old roots, by infusing a wide range of dynamics and nostalgic melodies into the songs. This has brought an indisputable effect to the musical direction of the band.

…And Oceans debuted their first album “The Dynamic Gallery of Thoughts” in 1998 which in my opinion was a masterpiece of its own symphonic art. Around that period of time, the Finnish outfit built their early sound upon lush symphonies. This resulted in many stylistic changes from straight melodic black metal to industrial influences on the later albums such as A.M.G.O.D. and Cypher.

The long relationship between the band and the French label Season of Mist has been restored with the latest release. Now after almost two decades of stagnation and lack of inspiration …And Ocean seems to capture the long-aged principles. The current lineup includes some new and old members who are also active in other bands such as Festerday, Finntroll, True Black Dawn, Gorephilia and etc…

The band is formed by guitarists Teemu Saari and Timo Kontio, Syphon on bass guitar, Kauko Kuusisalo on drums, Antti Simonen on keyboards and finally, Mathias Lillmåns on vocals. Cosmic World Mother is the rebirth and the renewal of this Finnish black metal institute that invokes the Scandinavian style of melodic/symphonic black metal. Opening track The Dissolution of Mind and Matter is brought by a sense of majesty. The addition of vocalist Mathias Lillmåns (Finntroll) has brought a sense of aggression and new dynamics to the songs. And for this reason, the latest album feels inspired and dominated by the supreme clichés of the Scandinavian black metal majesty. During the course of forty-eight minutes, the dual guitars form eloquent rhythms and vivid lead guitars with the drums accelerating to rapid tempos.

…And Oceans was able to expand upon the modern style of black metal hence creating a balance between the ferocity of blast beats and majestic symphonies. The track Vigilance and Atrophy, for instance, sees them drawing inspiration of 90’s black metal. Moreover, they seem to employ the keyboards as a key element of texturing the songs. The tremolos and blast beats are paired so well that the tracks stream vividly in a very accessible way. And by combining the boisterous energy this unique amalgamation provides the quality to the songs. The superb use of the symphonic elements invokes the late 90’s style of Dimmu Borgir, Old Man’s Child, and Tidfall.

Cosmic World Mother is a modern classic album where the effective display of vehemence and melodic sentiments are combined in fast tempos. Take for example the third track, Five of Swords, where the band moves to straightforward blast beats which adds the extras to the music overall. ...And Oceans create many rich and textural symphonies and the vibrancy of the lead guitars is beautifully layered. The band expertly melds these symphonic effects which resulted in a deep exploration of their visceral experience. As the After Becomes the Before is built on polyphonic orchestration whereas the drums act like a thundering force.

The majestic crescendo of scathing tremolos and soaring screeches creates a thundering feel. The album title track is filled with mournful melodies from a driven synth that infiltrates through the waves of blast beats. While I somehow felt most of the album was predictable, Cosmic World Mother surprisingly includes some industrial elements as well. Despite the few slower passages, the rapid pace of the drums never seems to slow down. Helminthiasis is constructed on bizarre electronics while Oscillator Epitaph is arranged with the swelling guitar riffs. This also implies that the band took an aggressive and traditional approach to black metal.

There are no constraints in the songwriting and the direction of the album. Apokatastasis, for example, is formed by the grandiosity of the symphonies. One of Light, One of Soil and The Flickering Lights both have an extreme melodic tone. Cosmic World Mother is a glorious return to form by one of the mainstays of the Finnish black metal scene. …And Oceans brilliantly sets an operatic mood for the listener and wrap their latest offering with a powerful and symphonic splendor.