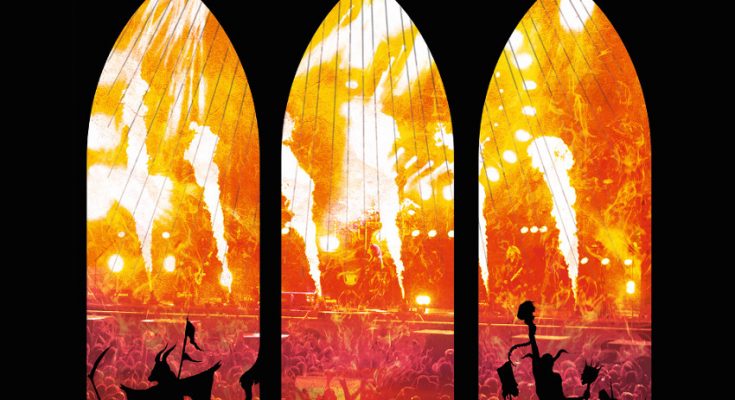 A little history of Arch Enemy
20 years prior to the recording of this DVD Arch Enemy was founded in Sweden by guitarist Michael Amott (who was then known for his work with Carnage, Carcass and Spiritual Beggars), his younger brother Christopher (co-founder and only remaining original member of Armageddon), drummer Daniel Erlandson (who would later join both Carcass and Armageddon) and Johan Liiva (ex-Carnage) taking on vocal duties. Three years and 2 albums later current bassplayer Sharlee D’Angelo (ex-Mercyfull Faith, Spiritual Beggars, Witchery) joined the party. In 2001 however the Swedes introduced Angela Gossow to the world. The German vocalist was enormously loved by the fans and would record 5 studio-albums with the band and 1 album containing re-recordings of Liiva-era tracks, before handing over the mic to Canadian singer Alissa White-Gluz (ex-The Agonist) in 2014.

In the meantime Christopher Amott has left the band, as did his successor Nick Cordle (ex-Arsis) who played on their latest album War Eternal (2014) and Jeff Loomis (Nevermore, Conquering Dystopia) is now shredding his ass off for the band who’s now even more an all-star band then when they started. Nevertheless few fans seem to really consider them as an all-star band rather than a band of talented musicians playing the music they were born to play. 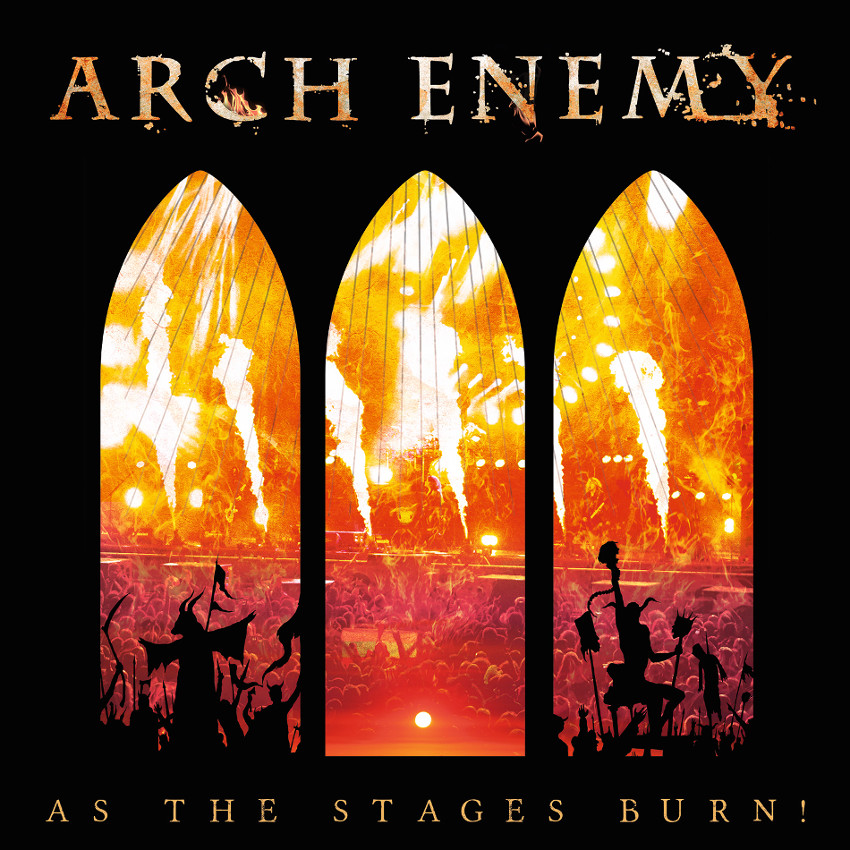 Replacing the un-replaceable
For this As the Stage Burn DVD there couldn’t be a more appropriate setting than 2016’s headline gig on the world’s biggest metal festival which happens to keep their bull skull-logo burning besides its main stages. The Century Media DVD is cleverly named after a song from the latest album called As the Pages Burn, but the set opens with the Khaos Overture and Yesterday is Dead and Gone from the last album boasting Angela Gossow as lead-vocalist.

White-Gluz has enormous shoes to fill, but does so with great conviction. New fans will hardly notice the difference between songs from the latest album like War Eternal and Stolen Life, and the older songs like Ravenous from Wages of Sin, the first album Angela featured on. Alissa even announced Ravenous as being one of her favourites. It’s no surprise the crowd sings along the guitar-parts from this 2001 classic. As a matter of fact, as I’m writing this even my roommate is whistling along with mr. Amott while he’s working on our Pick Your Poison-column. 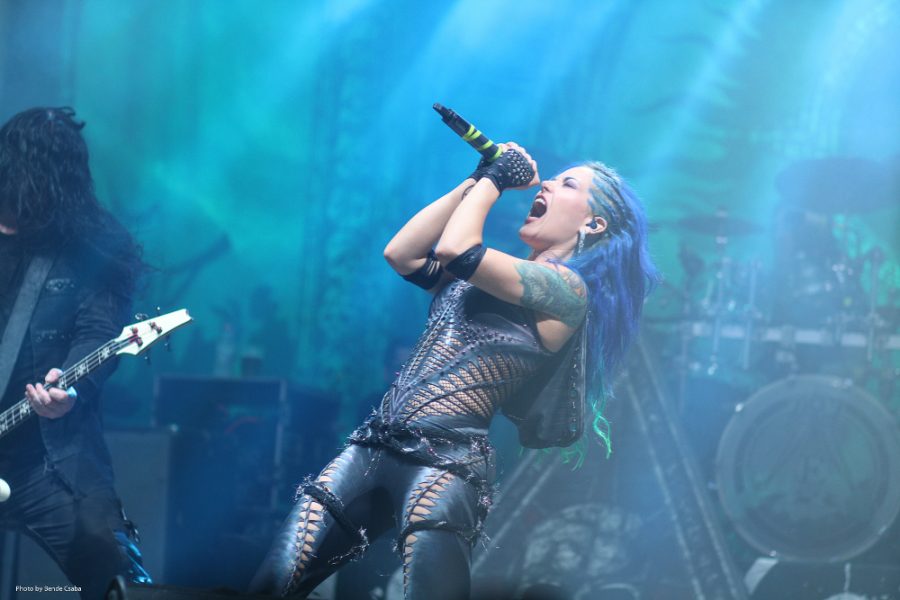 Alissa is definitely the focus point of the visual aspects of the show, while she moves across the stage like a mad woman. And while you feast your eyes on the Canadian lady known for her work with The Agonist, feast your ears on the great skill of guitarists Michael Amott and Jeff Loomis. As much as I deem White-Gluzz as a great successor of current manager Angela Gossow, it’s especially impressive how Loomis’ guitarplay is perfectly adjusted to the the Arch Enemy-style. I do have great admiration for long-time members Sharlee D’Angelo and Daniel Erlandsson whom make everything look as easy as pie. But following in the footsteps of Michael’s younger brother Christopher is no doubt one of the toughest tasks in the entire metal-industry. If this DVD is the ultimate test for the man from Wisconsin –despite having joined the band three years ago he wasn’t part of any release so far unless you take the video-clip for Stolen Life into account- I can only say he passed with flying colours. 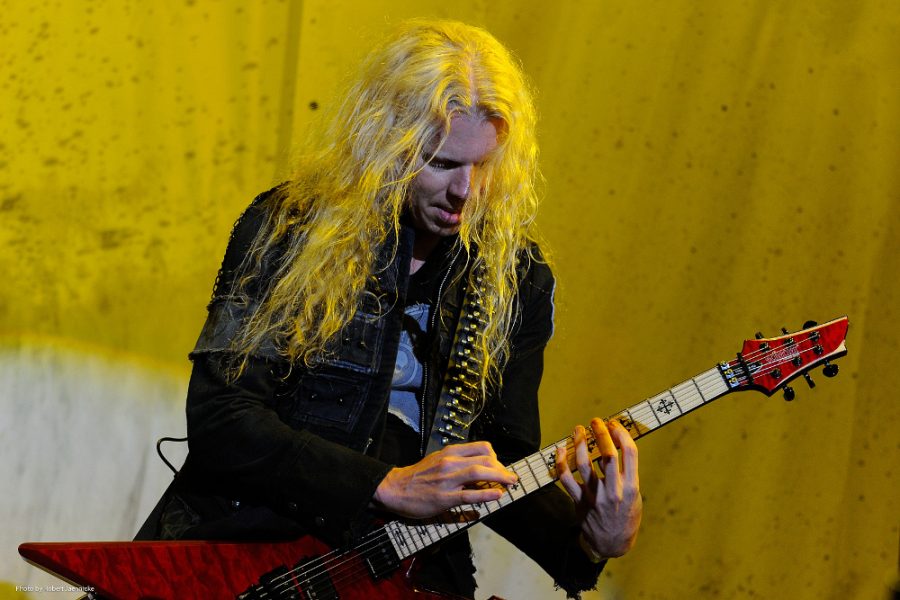 Arch Enemy’s biggest stage-setup ever
The white veils whom decorated the stage with the initials AE and a pentagram drop during My Apocalypse, revealing the rest of the stage props which took 12 weeks to put together and two trucks to bring to the festival.
You Will Know My Name is one of the catchiest songs of the newest album. While singing the intro Alissa stands behind drummer Erlandsson covered in a cape. Before coming back down to the front of the stage she drops the cape. I can’t help but think it could’ve been cooler had she done this in the beginning of the set, because now she builds up the tension before showing herself dressed the exact same way as during the previous six songs. Nevertheless I really dig this track, and for me it’s one of the many musical highlights of this performance. 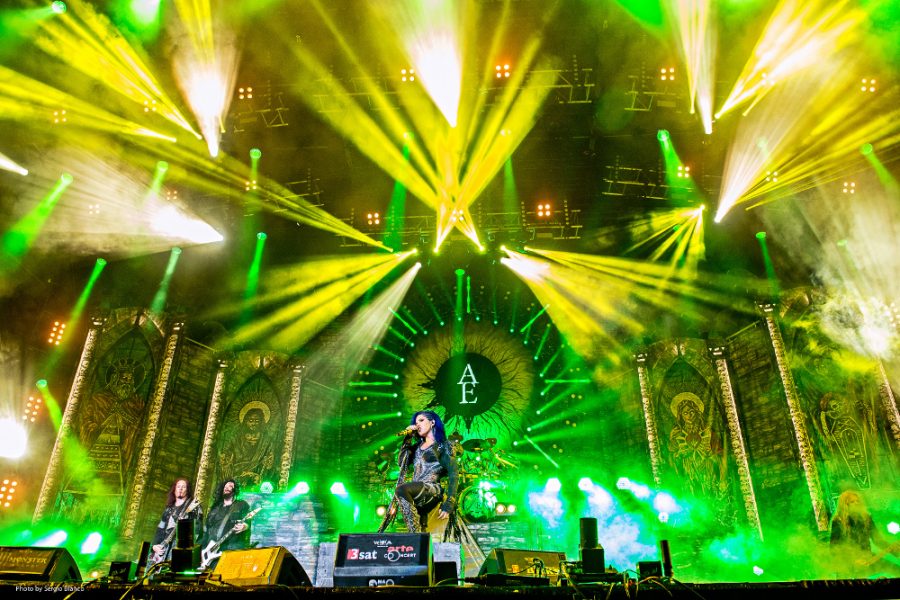 While my roommate felt like pointing out he really likes Bloodstained Cross, but despite the excellent harmonies in the guitar duets I still don’t really feel much of a connection with Khaos Legions tracks other than Yesterday is Dead and Gone. Under Black Flags We March, from the same album, follows and Alissa brings a black flag on stage but it just hasn’t quite got the same effect as Bruce Dickinson bringing the Union Jack on during The Trooper or Kreator’s Flag of Hate.

Sing-along and jump-along with old and new hits
As the Pages Burn brings a powerful sing-along and crowd-favourite. Next up is Dead Eyes See No Future from the Anthems of Rebellion album which was produced by Andy Sneap, whom mixed the audio and did the mastering for this DVD.

During Avalanche we first notice Michael’s microphone is actually on, because while Alissa sings the lines ‘This is sweet revenge and karma’s a bitch’ with a clean voice, he grunts the same words. I’m not convinced it works very well though.

No Gods, No Masters gets the packed festival-site jumping up and down, and We Will Rise and Nemesis brings us the best from Anthems of Rebellion (2003) and Doomsday Machine (2005).

The set comes to a close with Fields of Desolation, a song from debut album Black Earth and in fact the only one from Johan Liiva-era Arch Enemy. So even though the band has definitely tried to create a set-list that would please fans of different albums, while promoting the latest with 5 tracks, an hour is too short to include some old-school Stigmata or Burning Bridges

In conclusion
Arch Enemy prove they’re as strong as ever before and still won’t take shit from anyone. They may have gotten a bigger stage-production for this one occasion but they are still about that Pure Fucking Metal.