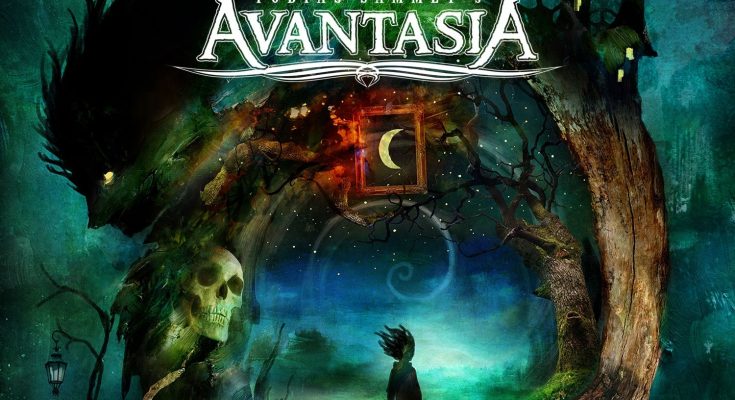 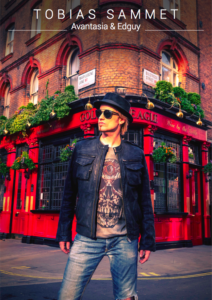 First, let me give you some background information about this band. Avantasia is a power/symphonic metalband/metal opera lead by Tobias Sammet. For the recording of their songs, he invites multiple guest artists to work with him. Tobias always knows a way to find the perfect voice for the perfect part, something what he also succeeded in this time. On Moonglow, the following artists lend their voice to complete the story: Ronnie Atkins, Michael Kiske, Jorn Lande, Eric Martin, Bob Catley, Geoff Tate, Candice Night, Hänsi Kürsch and Mille Petrozza.

Avantasia brings yet again an amazing piece. Straight from the first song, ‘Ghost in the Moon’, the power blasts form your speakers straight into your imagination. The harmonics, the feelings, the sound, … Everything around you disappears and this album and it’s world take over for the next hour or so. It’s like a broadway musical. It feels that way. The energy is simply amazing. And this is just after hearing the first song… (Not that an Avantasia live show is not a huge show by itself, it is, but a Broadway version of this is the first thing that pops in my head when I’m listening. Kind of like Green Day did with American Idiot in their Broadway musical).

There’s also a little throwback to their previous album ‘Ghostlights’. The first song of that album is named ‘Mystery of a Blood Red Rose’. This lyric returns in the beginning and the end of ‘Ghost in the Moon‘. A nice little touch.

The story of this album is about a creature that’s been created in an environment where it doesn’t belong. This creature can’t be what everybody expects it to be, and this causes it to flee in it’s own world. The world of the night and shadows. That way it doesn’t have to deal with the reality. In this world of the night and shadows, the creature opens an imaginary door to a different perception of reality where it hopes to find himself and find peace within himself, songwriter and singer Tobias Sammet explained in an interview. 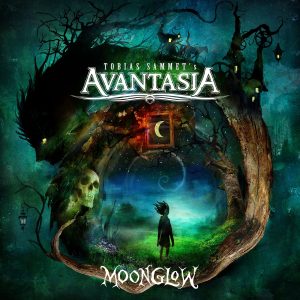 This story is perfectly pictured in the album cover, where you see a shim in the form of a person walking in a portal. The middle of the portal and the place to where the creature is headed, looks nice and peaceful. Dead trees, skulls and shadows surround this area of peace. At the point where peace goes into darkness, or darkness goes into peace (the last one sounds more positive for some reason), is a framed picture of a half moon. Referring to the album title ‘Moonglow’, but also to many more things that are different for everybody looking at this and listening to it.

Moonglow has so many emotions in it and over it. Darkness and positivism put together in a battle with each other. Positivism in for example title track ‘Moonglow’, the mystery in the intro of ‘Alchemy’, ‘Invincible’ almost bringing me to tears. The harmonies in this album simply give me goosebumps.
And then there’s the cover of ‘Maniac’ at the end, originally performed by Michael Sembello. You might not recognize his name, but the song you definitely will. Totally unexpected but also totally Avantasia style and actually a really good cover. A nice, unexpected touch not in line with the story but still fitting on the album.

You don’t want the songs to be over, yet you’re curious what’s going to happen. It’s a story that grabs you and doesn’t let go. The recording’s so pure that it feels like all the artists are right there in your living room or wherever you’re listening. I never gave an album a 10 out of 10, but this one might do it. Simply Amazing. Well done Tobi and team Avantasia. 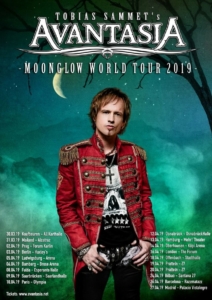 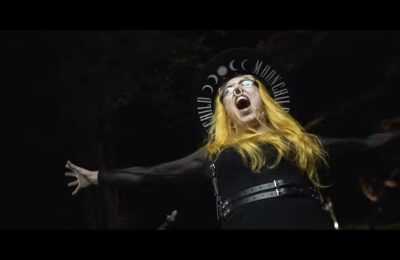 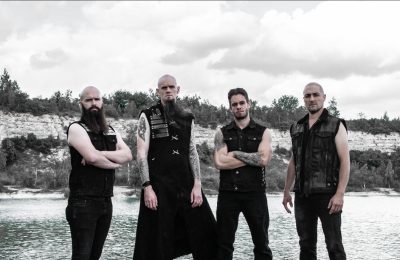 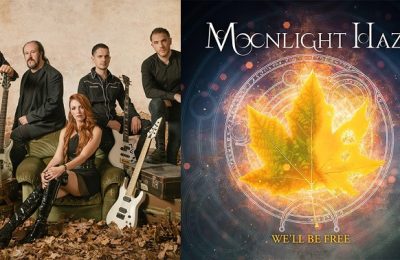