Gold-certified, Columbus, Ohio rock band BEARTOOTH have once again thrilled fans with a surprise release. The band has just shared the video for the brand new and previously unannounced single “Riptide.” Watch it here.

“‘Riptide’ is about trying to start a new chapter in life and trying to stop focusing on all of the negative things that have been surrounding my life for quite some time and me focusing on being healthier, happier, and having a better time with my life,” explains frontman Caleb Shomo.

The song represents a new chapter for Shomo… and for Beartooth.

The band Forbes declared is “inching towards a tipping point of becoming the latest arena headliner” takes a step closer with “Riptide.” BEARTOOTH‘s 2022 anthem sees Caleb Shomo put the pain of the past in the rearview mirror as he takes the steering wheel from fate to command his own destiny.   The furiously courageous (almost unnervingly optimistic) song of self-empowerment is a victory lap. “Riptide” memorializes the struggle with mental health and self-acceptance, which has defined so much of BEARTOOTH since its inception. Shomo started this band in his basement, playing all the instruments to challenge and purge inner darkness, purely for himself at first. As the band he assembled to play the songs traveled, they discovered how many people recognized the same demons.

As Kerrang! observed, “Caleb Shomo is one of his generation’s most remarkable songwriters.” It’s a testament to the purity of intention manifested by the multi-instrumentalist from the start.

Songs like “The Past is Dead,” “Fed Up,” and “In Between” have pushed BEARTOOTH past 850 million streams. The band’s fourth album, Below, topped the Rock, Hard Music, and Alternative charts in 2021 and found its way into Best Rock/Metal Albums of the Year lists assembled by the likes of Revolver, Rock Sound, Kerrang!, Loudwire, Knotfest, and a slew of like-minded media outlets. The band also graced it first Revolver cover in Summer 2021.

Rolling Stone introduced BEARTOOTH as one of 10 New Artists You Need To Know, and they rightly described the sound as “like a nervous breakdown, usually with enough optimism to push through.” As the band grew (grabbing trophies at genre events like the Golden Gods and Loudwire Awards), the raw nerve simply became more exposed, sounding wilder yet accessible all at once.

Steadily, without pretension, the fearlessly determined and boundlessly creative Ohio-based powerhouse perfected a sound sought by a generation of bands, equal parts solitary musical confession and celebratory exorcism. Their marriage of colossally catchy choruses and post-hardcore-soaked-in-sweaty-metal is without rival. Its effect is evident by their deeply engaged audience; tours with Slipknot, Bring Me The Horizon, and A Day To Remember; and an RIAA-certified gold plaque.

BEARTOOTH are both bomb and balm. An outright refusal to suffer in silence, BEARTOOTH weaponizes radio-ready bombast to deliver raw emotion mixed with noise-rock chaos. Other bands play the “devastating riffs and catchy hooks” game, but for BEARTOOTH, this music is the difference between life and death. As easygoing, charming, and outgoing as these young men may appear, there’s an inner turmoil churning away, only satiated by the savage music they perform onstage.

Hard rock and hardcore combine in a way that’s smart, lean, melodic, and irresistible, without apology. The stadium-sized type of riffs found in Metallica and the explosive passion of The Used are equally at home. Back in Black was the first album Shomo ever bought with his own money, and the straight-to-the-point stomp of AC/DC‘s masterpiece remains entrenched in the BEARTOOTH backbone. Motörhead‘s fast-paced groove and “let it rip” attitude is another part of the anatomy.

Like Nine Inch Nails and early Foo Fighters, BEARTOOTH is a one-person band in the studio, written, arranged, engineered, produced, mixed, and mastered by Shomo. The 2013 Sick EP was an emotionally stranded Shomo‘s “message in a bottle,” tossed into a figurative ocean. The message was received, and the throngs of like-minded people who responded became his lifeboat. Disgusting (2014), Aggressive (2016), Disease (2018), and Below (2021) expanded those themes of desperation, each sonically getting a step closer to the magical balance between the blood, sweat, and tears of classic recordings and the smooth gloss of modern production. “Riptide” is a challenge to shake loose the confines of past trauma and self-loathing and blaze a trail toward better days ahead.

In 2022, Shomo speaks openly about his mental, physical, and emotional repair, after a lifetime of fighting depression, anxiety, and doubt. “Riptide” celebrates newfound clarity, with stark honesty. It’s a torch lighting the way for the next era of BEARTOOTH, and a promise of bigger things to come.

BEARTOOTH offer no cure. But the recovery comes in the process; the journey is the destination. As long as the dueling dichotomy of mental health anguish and cathartic creative expression remain bound together, Shomo and his mates will continue to white-knuckle the wheel. So, enjoy the ride.

Beartooth will head out on the road this summer with A Day to Remember. All dates are below. 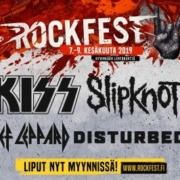 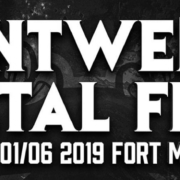 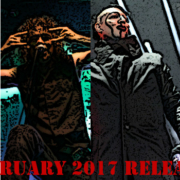 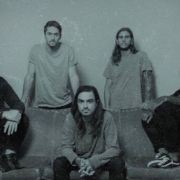 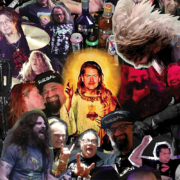 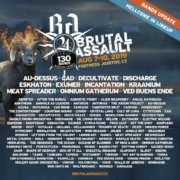 Skid Row ‘Tear It Down’ and rip things up with their new single...
Scroll to top