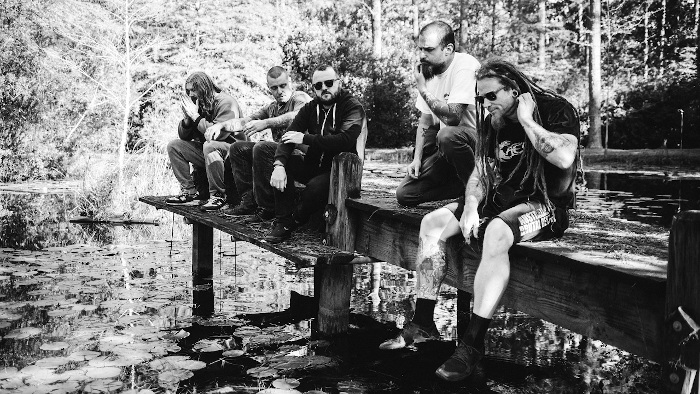 Australia’s punked out thrashcore outfit King Parrot have a fierce reputation for delivering highly engaging, original and at times twisted music videos. This time around the band teamed up with talented artist Mike Foxall, who provided the animation for ‘Kick Up A Stink‘. The video’s main character is an animated version of Slatts (bass), who finds himself in a sticky situation.

When the opportunity arose to work with Mike Foxall on a new video we couldn’t pass it up. We were already fans of his artwork and his videos are awesome. His style meshes seamlessly with what we do, so it made sense to get this collaboration underway. The result speaks for itself, another chapter of King Parrot absurdity.

The five-piece returns with a blistering material of 4 tracks. The EP was recorded with engineer Steve “Big Fella” Berrigan (Down, Eyehategod) at Nodferatu’s Lair (Louisiana, USA) with the simple attitude of: “4 days, 4 tracks, write em’, record em’ and be done with it…”.

Tracklist:
1. Banished, Flawed then Docile
2. Blunder to Asunder
3. Nor is Yours
4. Kick up a stink

Usually King Parrot always try to write music together in the same room, but that just hasn’t been possible for us because of the lockdown. We were planning on re-working these tracks for a new album eventually, but when all the restrictions came about, we thought why not get these tracks out there as a special limited edition 7” release?. We think King Parrot fans will be happy with these tracks, it’s rude, loud, fast and grimey and we poured our heart and soul into them; there’s no doubting its unabashedly KP!

The band’s new EP ‘Holed Up In The Lair‘ releases today on Agonia Records in Europe, Housecore Records in North America and Dead Set Records in Australia. Click here to purchase it.