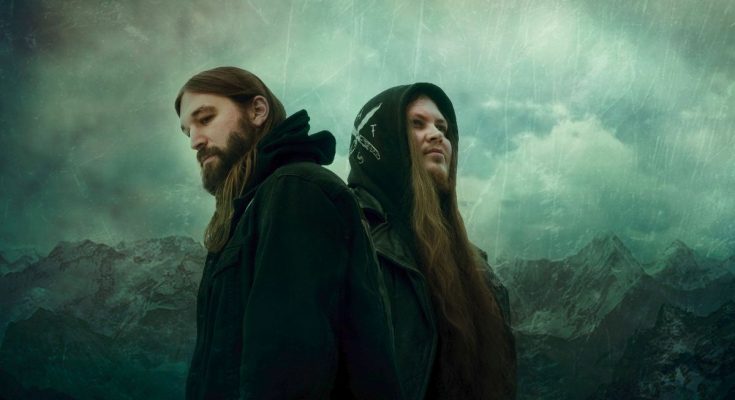 Harakiri For The Sky release music video for new single ‘I, Pallbearer’

Yesterday Austrian favourites Harakiri For The Sky premiered the first single off ‘Mӕre‘: The opening track ‘I, Pallbearer‘ comes with a music video that blends in with the visuals of the previous clips the band released, and was once again directed by Andreas J. Borsodi.
Watch ‘I, Pallbearer’, here:

Vocalist and lyricist J.J. comments on the track’s background:

The new single ‘I, Pallbearer‘ is dealing with psychological issues and in particular the bipolar disorder that not only affects myself, but also caused the suicide of many of my friends within the past years. This is not only reflected in the song title, but also concisely in this parts of the lyrics:

‘One more psychosis then I am also finally done
Cause the more I sleep, the less I dream
And then at night I drink and clean my gun
It’s me who should be dead, not you…’.

With their mix of black metal and post rock, the Austrians have ever since their conception in 2011 drawn fans further down into the depths of their melancholy, self-hate and anger, and even reached #29 of the German charts with their previous release ‘Arson’. On the 10 new tracks with a playing time of over 80 minutes, the band one again commited Kerim “Krimh” Lechner (Septicflesh, live Behemoth) as session drummer and hosted guest vocals by Alcest‘s Neige on ‘Sing For The Damage We’ve Done’ and Gaerea‘s anonymous voice on ‘Silver Needle // Golden Dawn’.