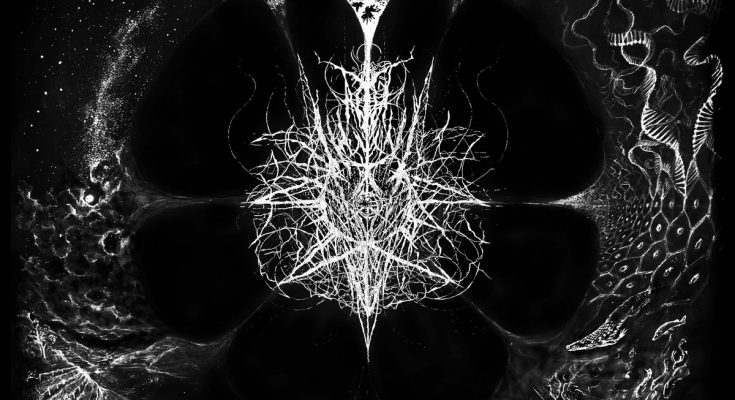 Benthik Zone, a very unknown duo from Portugal born four years ago, came at last to a point below and beyond time and space. The final chapter where all dualities meet their common singularity. At least, that’s how they describe it, and I couldn’t have said it better myself. Since this is a highly underestimated band, I do feel like they need a short but proper introduction.

‘Omni Quantum Univers‘ is Benthik Zone’s second full-length and newborn opus. They unleashed 5 releases upon mankind so far and with this album we have reached the final phase of an extremely stable and tightly integrated ensemble. Photosensitive epilepsy and seizure warnings at the beginning of the video are very appropriate but auditory precautions should be made as well. They serve us top shelf Extra- Terrestrial Atmospheric Black Metal, and are unparalleled by others in the field, if music like this can be categorized anyways. Darkspace would be the first and only band that comes to my mind that brings us music tangent to this genre. Hear, feel and sense this work of art and decide for yourself what infernal horrors this band brings to your mind. Their lyrical themes can be described as Self-reflexivity, Introspection, Cyclicality and extra-terrestrial life forms. However, the latter can be argued about as all life forms of the bottom of the deepest ocean trench couldn’t possibly be categorized in being extra-terrestrial or not.

Benthik zone is a two-piece monster that uses exotic instruments in their entire discography, such as didgeridoo and berimbau, but also drum programming brings forth this unique sound which makes them, them. A close friend of mine once said “If the earth had a voice, it would’ve been the sound of a didgeridoo” and I couldn’t agree more with him after hearing this piece of art. ‘Omni Quantum Univers‘ is a true voyage of the mind that should be listened in one go, so make sure you have two hours of spare time. Preferably on an ice-cold snowy winter night. No real transitions between songs makes you feel timeless and weightless. Intro’s, preludes, interludes, improvisations and outro’s make this album rich, vigorous and crystal clear, or do they? Hard to learn and even harder to master. This is very advanced music for the few and shall never ride high in terms of commercial successes. Some riffs are innocent, some riffs are ethereal, but this was never composed for the sake of pleasing the listeners. This is expressing anger on a whole new level.

The way two vocalists bring balance and chaos in this extraordinary puzzle of wrong and right, is very inspiring and otherworldly. The way they describe this journey themselves is extremely unrivalled.

“The ritualistic dance of interactions made from condensation and dissipation between the parts and the whole, manifests itself in all scales of existence, shaped by an apparent consciousness which extends through geometry into the real external visible world, material and ephemeral, but nevertheless guided by invisible planes of existence, the mythical, immaterial and eternal. It’s a dance of opposites, where both poles stand equally in the domain of truthfulness and deceitfulness; both equally right and wrong; none and all; together at the same time and apart at distant times. Concepts such as good and evil stand no chance of being so.”

I have had the pleasure of speaking with F. Bragadast about future plans, motivation and dedication. Rest assured this band is truly devoted on sharing the word of the omniscient with us. They are 100% committed to the band and I wish them all the best with creating more of these hard-mouthed hymns. Benthik Zone plans on releasing their entire discography unified into a box set as well as some merch later this year