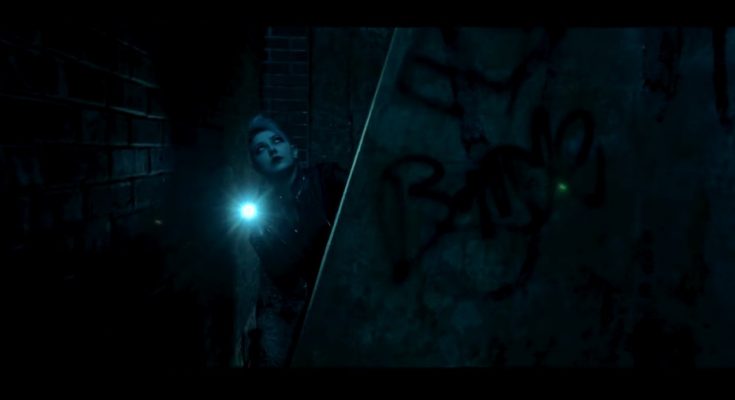 “With “Void” we wanted to capture the feeling of being completely devoured by the darkest parts of the psyche. The suffocating and truly terrifying experience of watching the floor fall out from under you, not knowing how far you’ll fall. The void being the existential dread most of us carry. When it’s there, it’s all-consuming.”

Embrace your inner unknowing and watch the music video for “Void” here or by clicking the image below.

Black Satellite is a rock duo from New York City comprised of Larissa Vale and Kyle Hawken. Bold in equal measures of aesthetic and musical expression, Black Satellite is the culmination of a deep-rooted partnership contributing to their unified writing style. Since launching their first single “Valkyrie” from their full-length album “Endless”, the band has charted on rock radio with their fresh takes of Type O Negative‘s “I Don’t Wanna Be Me” and “My Girlfriend’s Girlfriend”. The duo has since been featured in the likes of Billboard, Huffington Post, Alternative Press, Knotfest.com, and Hot Topic’s Snapchat Takeover.

Black Satellite‘s sophomore album “Aftermath” was mixed by veteran producer Ben Grosse (Filter, Breaking Benjamin, Marilyn Manson) and mastered by Ted Jensen and is due for release later this year.