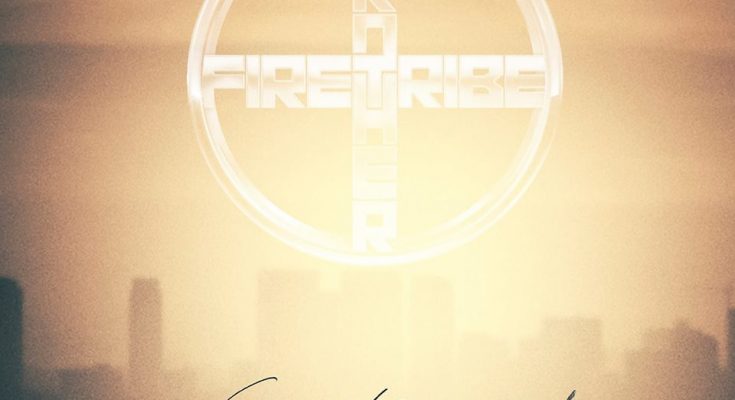 Sometimes you give a band a shot because you know that one of the members is a great musician. This was the case for me with the Finland-based Brother Firetribe and I have no regrets at all! A couple of years ago I heard that Nightwish’s guitar player, Emppu Vuorinen, had an AOR band. Being a huge admirer of his guitarplay (he made me pick up the guitar) I gave Brother Firetribe a try. The band has been around since 2002 and play, in their own words, tennis heavy! The explanation for this is an inside joke about a Finnish tennis player called Veli Paloheimo. The man’s name can be translated as ‘Brother Firetribe’. The band actually plays feel-good melodic rock with balls. They’ve just finished their fourth full-length album Sunbound and I was really looking forward to hearing more of their typical sound. And yes, that’s what you’ll get!

Sunbound opens with the instrumental Sunbound. The song sounds like a rocket ready for launch. You’ll get to hear those typical Van Halen-ish keyboards and warm guitar melodies. The sound fades out into the next track: Help Is On The Way. This is a very melodic song where singer Pekka Ansio Heino takes the leading role. His bright, warm and energetic vocals fit the music perfectly. It is wonderful to hear how well his voice goes together with Jason Flinck’s backing vocals.

Next up is Indelible Heroes. Brother Firetribe shot a video out of this one, you should definitely check it out below! It’s basically a homage to some fallen heroes. I’m sure you will recognize our dearly beloved Lemmy’s mustache. It’s a super catchy song with a big sound. The song starts with a tight drumming pattern. When Pekka’s voice joins in you’ll long for the rest of it. The fourth track Taste Of A Champion was the first one to be released. It carries the typical Brother Firetribe sound; decent mid-tempo song with a catchy chorus and warm melodies. It’s definitely a recipe for success since it reached the second place at the Finnish Spotify Viral Top 50-chart.

Another tune worth mentioning is Give Me Tonight. It’s just such a cool and energetic song! My absolute favourite. I thought that the only reason for Finns sounding incredibly excited and happy would be when there’s a lot of beer involved. Maybe it was the case, we’ll never know. Give me tonight must be the catchiest song on the entire album. Emppu also plays a pretty extensive solo here. I can’t highlight this enough, but the emotion he puts in his guitarplay is truly unique. So intense! Speaking of intense, Shock is just a perfect intense powerful ballad. Brother Firetribe certainly knows how to make slow yet powerful music.

Big City Dream is another sun-drenched feel good song. I bet you’ll sing along after only one listen. Finally, the album closes with Phantasmagoria. It distinguishes itself from the other tracks with its orchestral and big sound. I must say, it suits the band pretty well! The drama of the orchestra strengthens the positive melodies. It might be a good idea to compose something similar for the next album. Those who are willing to spend some extra money on Sunbound are rewarded with two great bonus tracks. One of them is an acoustic take on their hit For Better Or For Worse.

Tennis heavy? I don’t know. Feel good rock with balls? Hell yeah! Everyone who digs Van Halen, Journey or other stadium rock giants should definitely check out these guys. I must admit that they don’t really add something new to the genre, but Brother Firetribe really knows how to make decent melodic rock. If you don’t know them, it certainly won’t hurt you to give them a listen. On the contrary, you’ll get a shot of instant musical happiness. I can’t wait to experience this live! Join GRIMM at the Brother Firetribe gig in Biebob, Vosselaar on October 24th!