Today, Dee is presenting us a very special song taken from Godless, to the touching and system- critical track “No Justice”. Dee explains:

“I wrote this song for the great Rev. Jim Forrester, who was bassist for Foghound and beloved by the Maryland Doom scene. It was written on the day his murderer was acquitted, and all of us who loved Jim again felt betrayed by the system in this country. In recent days, that idea has taken on a much bigger scope. As we now sit and watch the response to injustice, we can only hope that steps are being taken to assure that there will be a change, and that betrayal, heartbreak, and death from this broken system can be eliminated.”

Just exclusively premiered with Outlaws of the Sun, you can now watch Dee Calhoun‘s brand new video to “No Justice” here:

Dee Calhoun began his musical journey nearly 40 years ago, and first appeared on record in the late 1980s. Aside being the vocalist of Spiral Grave, he was the singer and lyricist for Doom icons Iron Man from 2010 until the passing of founding member Alfred Morris III in 2018, appearing on two of their EPs and the critically acclaimed 2013 LP South of the Earth. Calhoun released two critically acclaimed solo-albums to date, his new album Godless will be available on July 10th via Argonauta Records. The pre-sale is now available at THIS LOCATION. 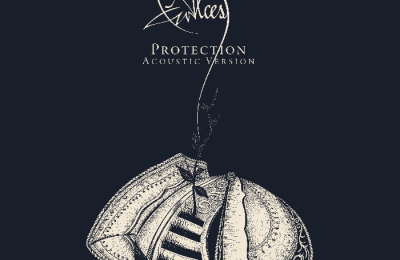