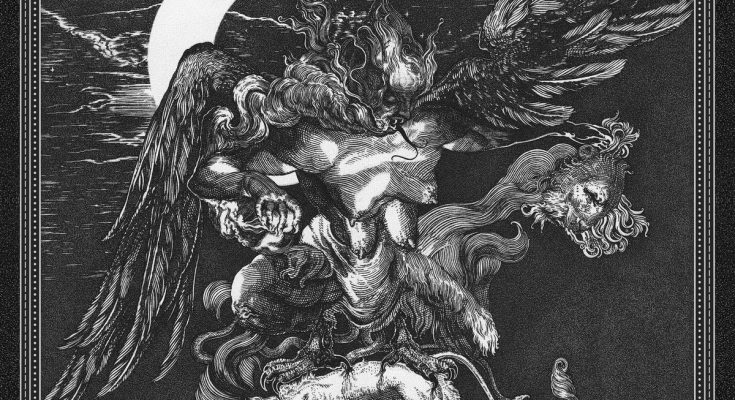 At the beginning of the 90’s era, the Polish underground metal scene disclosed the talent of the young black metal bands which came to full fruition. It was in the year 1991 when the Polish pagan/black metal band Graveland set the path to many other bands to surface on the European scene. Two years later the Polish black metal band Christ Agony became one of the biggest bands in that scene who brought some death metal influences to their music. And around the same year Poland presented “Behemoth” and soon the band became one of the Polish extreme metal bands who have taken their music to another level. With their all-time classic album Sventivith (Storming near the Baltic) in 1995 which followed by their 1996 album Grom. In general speaking the Polish metal scene was somehow underrated and that’s because of the strong rivalry between the Scandinavian black metal scenes.

The new trend of Polish bands are inclined towards the melancholic form of black metal. However Deus Mortem have a remarkable sound as they tend to sound very different from most of the new Polish bands. Deus Mortem is a Latin word translates to The God of Death. The band was established by vocalist and guitarist Necrosodom (Anima Damnata) in 2008. Kosmocide is the band’s second album where the Polish quartet conjures the traditional and the raw tonality of black metal. The musical compositions of the second release is approached towards the standard aggression. The album kicks off with “Remorseless Beast” a traditional black metal song that somehow leans to early Marduk style. Performed by constant blast beats and blazing guitars that presents some catchy solos. Deus Mortem leans towards the Swedish black metal style, and the new album contains seven tracks.

There is something unique about the band the vocals on the album are very close to the former Marduk vocalist Legion. The Soul of the Worlds shifts into slower direction, as the band introduces some catchy melodies and atmospheric elements combined with male chants. Sinister Lava evokes the melodic tunes and the blistering tremolo pickings. Deus Mortem brings some catchy and effective diversity, the track veers into slower mid tempo parts filled with catchy moments. There is a good balance between the caustic blast beats and the dismal atmosphere. The band is clearly influenced by the Nordic black metal style that is brought by exceptional talent when it comes to tremolo pickings.

The melodic driven riffs on Through the Crown it departs is applied by a fine touch of musical talent. The Seeker is an infuriating black metal anthem, the guitars are applied by the scourging tremolo picking riffs and unrelenting blast beats. There is a good sense of stability within the tracks, given them enough balance between the mid pacing sections and the fast tempo which are mainly dominated by sheer intensity of the blast beats. The guitar department are marvelous catchy, Deus Mortem also understated how to apply to atmospheric parts in some passages. The variations on the album are utilized through the good implementation of synth.

Ceremony of Reversion p.2 is an epic eight minutes track that has a mid tempo part approached by the acoustic guitars which adds a dark and epic feel to the song. The raw and the aggressive tone is shaped by the warmongering guitars and evil black metal growls which are mainly uttered by low and sharp screeches. Deus Mortem sticks to their formula where on the last track The Destroyer, the band follows the melodic templates of the second wave of black metal. The dual guitar melodies are the highlight here while the vocals sound angry and evil.

The vigorous energy progresses with the beautiful melodies which can only be performed by bands who understand the dynamics of the second wave of black metal. The emotional intensity of the guitar melodies and harsh vocals are brought by aggression. The track builds to the end and expands further into the melodic section of fast blast beats. Kosmocide is a great album for those who like their black metal played fast and catchy at the same time!