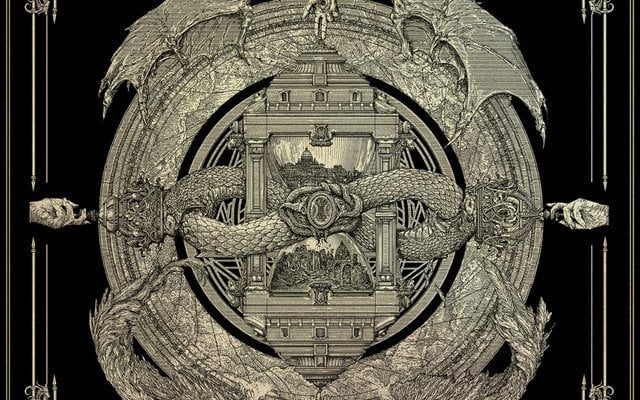 There were a lot of speculations on whether Dimmu Borgir‘s most anticipated album will ever meet the fans expectations, over the two decades and a half Dimmu Borgir were looked upon as a prime melodic/symphonic black metal band of having all the unique qualities of a bombastic band. In their long running career the Norwegian masters of symphonic black metal have produced timeless records, such as Stormblast, Enthroned Darkness Triumphant and Death Cult Armageddon. And if anyone has made a simple analysis of the band’s musical growth he would certainly understand the natural progression of their musical metamorphosis. Their timeline of evolution has gone through phases which has transformed into organic experimentation in order to redefine their identity. After eight years of silence and reflection, Dimmu Borgir returns with their tenth outing entitled Eonian. Lyrically the album deals with philosophical and mystical subjects based on illusions of time.

The first moment of the album initiates with a dark haunting track The Unveiling, where the band actually unveils a new level of creativity. The choral work of majesty and the plentiful tremolo picking riffs are spirited with a sinister vibe. Yet the magic of the choral chanting and synthesizer are pushed to extraordinary levels. Shagrath’s vocal style has always been consistent, including the fresh traits which have been installed on the tenth album. These signifying factors show that Dimmu Borgir is at the top of their game, as there are many highlight tracks such as  Inter dimensional Summit which is simply tinted with symphonic style of mixing heavy riffs and catchy choir. The track picks a pacing tempo and the choir sounds ravishing with the repeated chorus. Yet there are many thrills and unpredictable factors uncovering with every passing track.

Take for example their third track Ætheric where the chunky guitars are triggered with head bangable riffs, and brooding synth ebbs and flows when the grandeur of the choirs falls in at the chorus. Dimmu Borgir has harnessed the choral arrangements to the maximum, the cinematic feel is quit epic.Council of Wolves and Snakes is by far their most experimental track featuring tribal drumming, chants and female vocals. The  tremolo picked guitars are backed by a double bass providing a massive wall of sound. The Empyrean Phoenix is a catchy track. It starts slow when the shredding riffs and Shagrath’s vocals creep in. It somehow feels like the band has started from scratch and have revived their style by injecting tremolo riffs and solos which are professionally executed by Silenoz and Galder.

The pummelling force of a double bass and the choir makes this track very enjoyable. The furies of vicious riffs as if flirting with elements of thrash metal. The song is imbued with epic majesty, and so impressively performed, the blast beats breaks out suddenly. The eccentric foray of keyboard melodies and cinematic soundscapes overflow with elegant patterns. The unique artistic work is fabulous, stylish and exquisite beyond compare. The album has a varied sound, the brutal aspect is presented with the new recruited drummer Daray. The excessive use of choirs and synth melodies creates majestic themes and gloomy passages on I am Sovereign. Where the menacing atmosphere intensifies with the chunky guitars riffs and the low pitched vocals which sound impressive. Dimmu Borgir outshines with triumphant moments on this track, especially when the double bass interacts with the soaring choirs. The ambient touches of the new creative synthesizer Geriloz have strong references to Burzum‘s early albums Hvis Lyset tar oss and Filosofem. Archaic Correspondence and Alpha Aeon Omega begins with dark and magnificent soundscapes, booming with vicious tremolo riffs, ultra blast beats and bombastic melodies. The track is built upon up tempo texture, where the clean vocals and ultra-blast beats reverberates. The epic closure of this masterful album offers another compelling instrumental track Rite of Passage where it ends with beautiful lush symphonies. This is simply a masterpiece and Dimmu Borgir has released their best album in years.