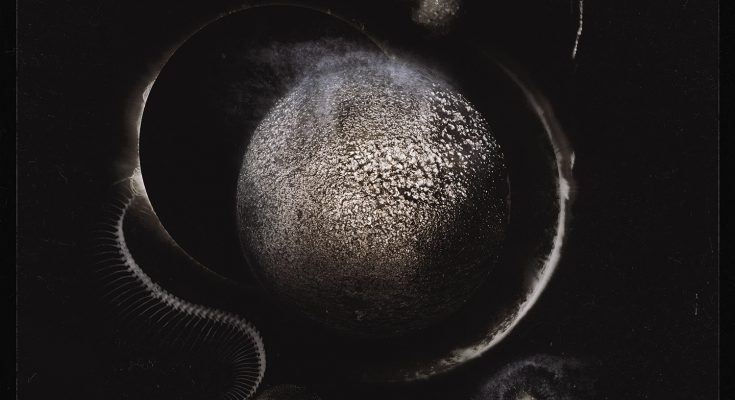 It’s difficult to imagine that if one were to ask to name three Belgian black-metal bands, Enthroned wouldn’t be in the list of answers – they’re one of the most long-lived bands Belgium has in their style and, even more important, they’ve definitely left their mark with no less than 11 full-lengths during that career. Now, it’s only honest to me to immediately come forward as someone who has a history with Enthroned – I started listening to black metal in 1997, when I was 16 and in that year they released their second album, ‘Towards the Skullthrone of Satan‘. It was hands down the most extreme, blatantly evil album I had ever heard at that time, and I immediately went on the hunt for their first, the semi-classic ‘Prophecies of Pagan Fire’. Two years later, they released ‘The Apocalypse Manifesto‘, which has been, and in a way still is, my go-to album if I want no-frills second wave black metal.

Because… that’s what Enthroned does. Lightning fast, ragingly aggressive, screeching vocals, commerce-and-Christ-be-damned black metal. So when I got offered the chance to write about their new album, I literally said ‘I always want to write about Enthroned‘. It’s a band with personal meaning and a lot of (good) memories for me and I’ve genuinely always enjoyed their music, even though I did lose track for a time at the turn of the century, when they released a few albums that were not bad per sé, but not very exciting either.

Then they threw ‘Cold Black Suns‘ at me. That artwork alone – no skulls, no demons, no landscapes of hellish warfare, no pentagrams, not even one tiny inverted cross. Within the boundaries of the genre one could even call it “classy”. I was surprised and intrigued: would these stalwarts of true black art have other tricks up their sleeve? The incubation time of the album certainly pointed in that direction, instead of the usual two years, ‘Cold Black Suns‘ took them five years to make. And this album was pegged as the brainchild of Nornagest, long-time member but also the most experimental of the bunch.

I’ll be honest, after my first listening session I was less than impressed – it sounded as if they wanted to hop on the ‘orthodox black metal’-bandwagon and I considered that a wrong move on their part. But, I take my job here quite seriously, so over the past month I listened to ‘Cold Black Suns‘ quite a lot. And that’s why this review lands so late: I had trouble making up my mind. The quite long ‘Ophiusa‘ is an intro that I don’t care about much; it’s nicely made but hangs too much in between an intro and a song to my taste.

Nevertheless, ‘Ophiusa‘ is followed by the absolutely scorching ‘Hosanna Satana‘, the song that resembles their previous work the most and yet, even here, there are other dynamics at work than I expected. More progressive, there’s even a stop/start-moment included and the guitar work, while good, is a long way from typical second wave-fare. It reminded me a bit of Ofermod‘s ‘Thaumiel‘ at their best moments: relentlessness, fast and ritualistic. But it’s far from their best song.

Ah, the word has fallen: ritualistic is a flag that has been thrown quite a bit on this full-length, with reason. And while I’m quite a big fan of a sense of ritual in my black metal, I’m sad to say Enthroned goes, in my opinion, a bit overboard with that idea. ‘Oneiros‘, the third song and certainly ‘Aghoria‘ lean way to heavy on the ritualistic idea and as a result, leave an impression as songs that would’ve made great mid pieces in another song. The trudging ‘Oneiros‘ and the Buddhist-inspired chanting of ‘Aghoria‘ would function fantastically if backed up and interspersed by black metal as we have come to expect from them.

That means, and it’s a pity that I have to write this, the first song I really get excited about from ‘Cold Black Suns‘ is ‘Vapula Omega’. With a, it must be said, fantastic solo and towards the end even a part where I hear clear Thorns-influences, it lives up to the title of the album: the song radiates coldness, an unforgiving attitude towards the world we live in – too bad that in some parts during the middle, it does start to drag. ‘Silent Redemption‘ was chosen as the album’s single. Understandably, as it’s one of the stronger cuts of ‘Cold Black Suns‘, with varied drum work and a true star-performance at the guitars… but the proggy, noodling piece in the middle doesn’t fit the momentum of the song and fails to build up to anything; it feels as if the song just restarts at a point, then goes on and fizzles out.

As said, I’m not a fan of ‘Aghoria‘ with it’s chanting backed up by rather run-off-the-mill black metal and ‘Beyond Humane Greed‘ doesn’t really convince either: starting out nice enough it soon falls flat due to more proggy guitar work and rather simplistic drumming. Halfway it does pick up somewhat to drop back into a rather mediocre mid-tempo song. Luckily, the last two songs are absolute winners. ‘Smoking Mirror‘ starts out as a continuation of ‘Beyond Humane Greed‘ but transforms itself in a dynamic, fast and very enjoyable song that’s bound to do well on a stage. That riff at around 1:40, when the speed picks up, that’s the sort of thing Enthroned does best. And from that moment, they throw open Hell’s gates as they’ve been doing the last 25 years.

Now you could say that those two last songs have their ritualistic moments too and certainly ‘Son of Man‘ isn’t nearly as fast as what you’d call the standard Enthroned speed. True. Absolutely. But my point is that in those two songs, something that’s also true for ‘Vapula Omega‘, there’s more than only that. All three of them are songs with a head, a tail, a middle and an expertly crafted atmosphere. And although they differ from what I came to expect from Enthroned, I’m still enough of a reviewer to see their merit and wholeheartedly commend them – I hope that on the next album, they take those three songs as their compass.

And yes, it’s also true that if this was an album by an unknown band, I’d probably give it a higher score. But I know for a fact that Enthroned is able to do better than three really good songs on one album and two frankly boring cuts, with the rest hanging a bit in that limbo of ‘not bad but not really good either’. So while I appreciate the guts it took to not stick to the formula that works, I don’t think this is a really good album although it certainly could be the stepping stone to an absolute classic. All the elements are there: the musicians themselves need no introduction and are all top-notch at their respective instruments, there are good ideas to be found in every song and, most important, the willingness to go above and beyond the trodden path is there too. So I’d like to congratulate the band on that all and can’t wait till their next album.