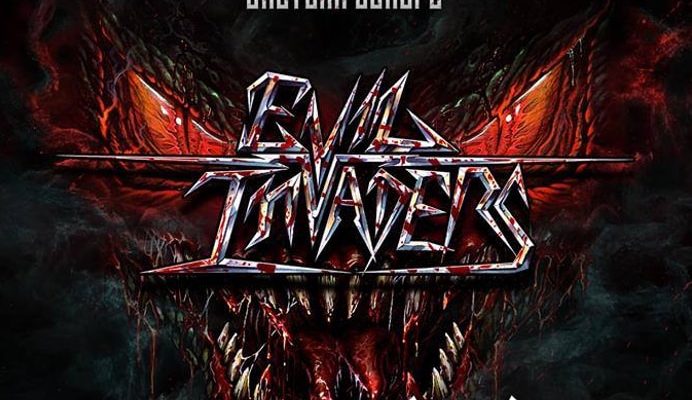 If you want speed and a nuclear assault with your drink, I’d advice you to go check out the Belgian speed/thrash metal band Evil Invaders out. They play music at an often blistering speed with a clear love for the eighties. They’ve been getting good comments on their 2 full-lengths (for our review of their latest go here) and touring a bit all over. When I noticed that they were heading in the direction of Eastern Europe on their “Feed Me Violence” tour and included Finland on that little tour (most Fins will cringe a bit though when seeing their country under the banner “Eastern Europe”, but that’s a detail I guess), I just had to travel down to the capital city. A Belgian covering the first headline show of a Belgian band in THE metal country of the world, it felt like fate… So there I was: Elmun Baari in Helsinki was the place to be, the small downstairs bar of the legendary Nosturi venue and this is what took place…

The band to kick of the night was the young Finnish thrash band Maniac Abductor (***). The guys put down a cool show and have a few songs with nice riffs. They even managed to get part of the at first reserved Finnish crowd to come closer to the stage and go wild with them. I have to say though that it’s clear they’ve only started their adventure as a band and have to learn quite a bit still on stage presence and such. But if they continu honing their skills and pick up a few tricks of their tour mates, I’m pretty sure they’ll get somewhere with their work. Hat off for the drummer though, who went on the perform despite a broken ankle… 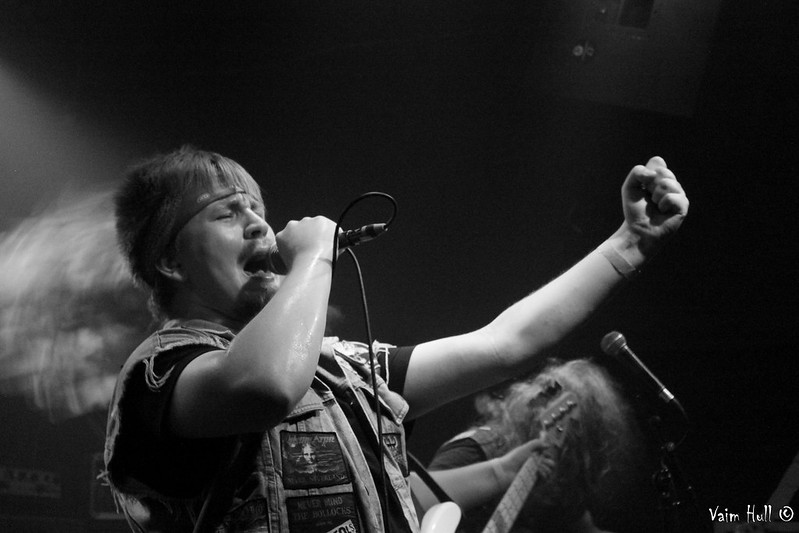 Up next was a hometown show for the Helsinki-based thrashers of Ceaseless Torment (***1/2). They showed nicely how their 10 years of experience translates in a more tight and convincing show. Sadly they didn’t get the reserved crowd to get much closer than a few meters away from the stage, but they definitely got a bunch of heads banging along. Clearly influenced by the more brutal side of thrash metal, they brought a destroying set with now and then almost groovy riffs. Grumbling vocals, blistering guitar solos and pounding drums gave us the perfect warm-up for the headliner of the night. 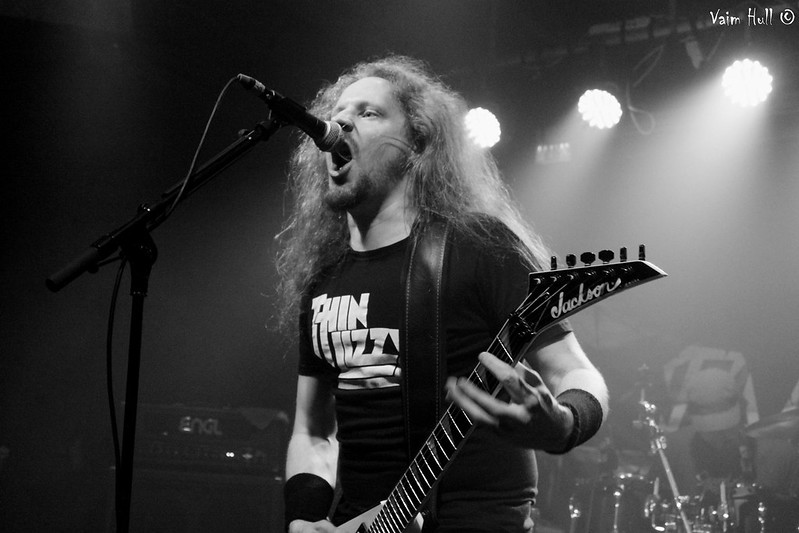 A bit of a smaller stage than they maybe usually get to play on, but the Belgian speed/thrash metallers of Evil Invaders (****1/2) definitely made every inch count! Their show was as energetic as I remembered it to be. Those guys don’t stand still for even a fraction of a second and always deliver an absolute nuclear assault! They were completely pumped up and it didn’t take long for quite a part of the crowd to be infected by that same virus. That translated in regular moshpits, a row of headbangers at the edge of the stage, fists in the air and the occasional “lost” fan ending up on stage. 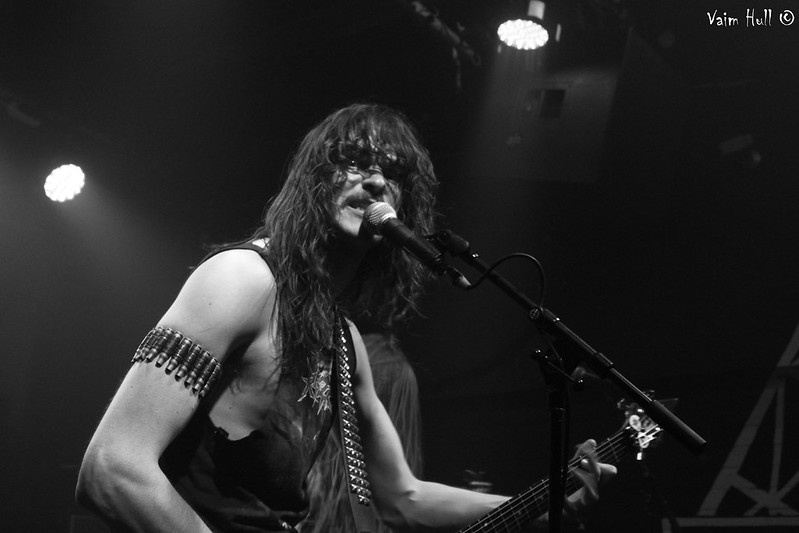 Both band and crowd seemed to feed off of each other’s energy and just kept going at it. The cool thing of it being in such a small venue, is that the guys of Evil Invaders were able to have a lot of interaction with their fans. Vocalist/guitarist Joe was often to be found bumping fists or even heads with people and managed to rile up the people in front of them with the support of guitarist Max and bassist Joeri regularly seeking the edge of the stage, closer to their fans. 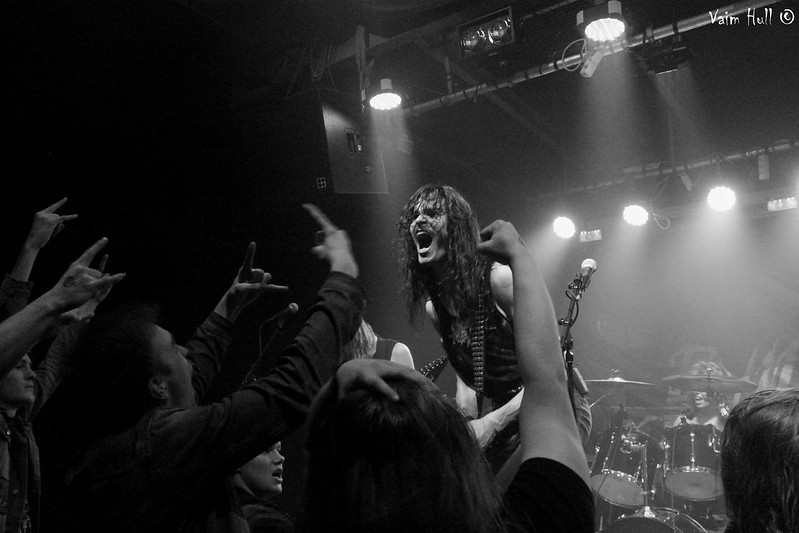 With a healthy mix of songs of their latest full-length Feed Me Violence and tracks from literally every release before that, the hour of thrashing came and went with the speed of a bullet train. With this gig they proved to me that even when they’re completely stripped down of any gimmicks, this band is absolutely solid and will easily convince anyone who manages to catch them live. 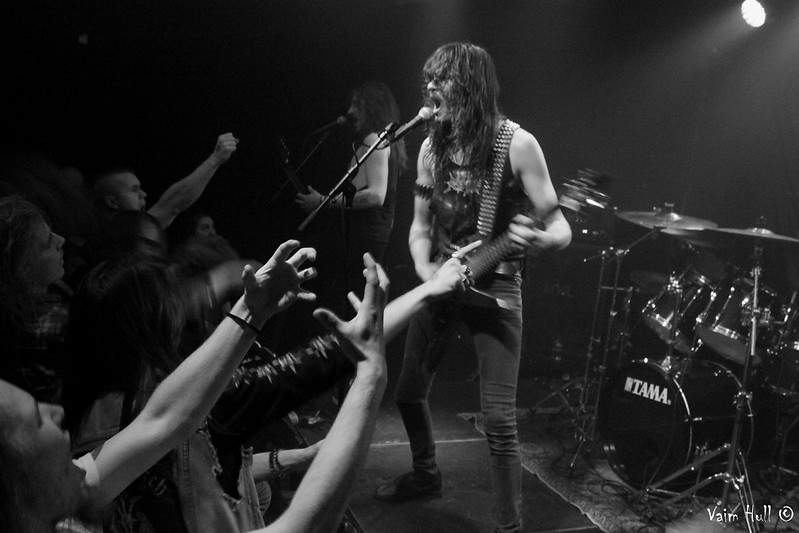