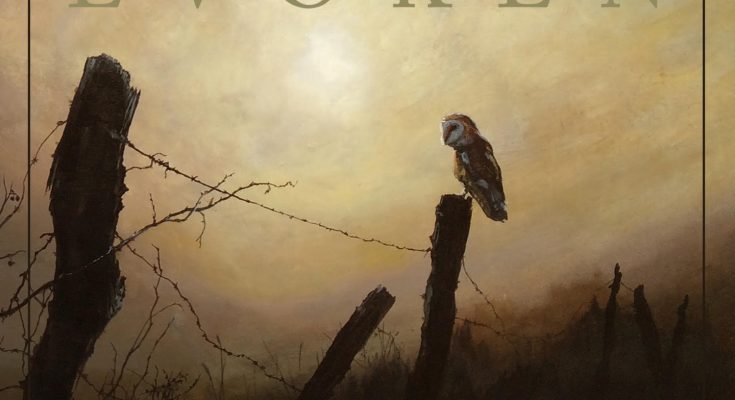 It’s been almost 6 years since  Evoken released their last album, Atra Mors, which was heralded a as highlight in their discography on par with Embrace The Emptiness and  Antithesis of Light. With a band name that was respectfully pinched from a song title on Thergothon’s sole demo, Evoken has been a lone lodestar for funeral doom in the US from their first mini Shades of Night Descending ever since the early nineties. Long before the likes of Loss or Bellwitch they were the sole delegates for the bleakest and slowest kind of music on that side of the pond.

Needless to say that expectations were raised high on this their seventh studio album. Hypnagogia  is essentially a concept album, which is a first for them  and not something you’ll often find in this genre. The story is set in the muddied trenches of World War One. The band has been fascinated by this tragic era in mankind’s recent history before. I remember them using footage back from the film ‘Begotten’ when they played a memorable set as Roadburn a few years back.

Now don’t think that you’ll be getting a lot of lessons in historic battles like you might have got from Hail of Bullets or Asphyx and certainly no heroic tales of grandeur à la Sabaton or Maiden. The album rather concentrates on the feelings of utter desperation those foot soldiers in the mud had to face day in day out, stick in these foul death ridden trenches. Hypnagogia is the scientific term for the transitional sleep between wakefulness and falling asleep which can be accompanied by hallucinations, lucid dreaming or sleep paralysis , potentially induced by sleep deprivation.

Translated to the concept of this funeral doom album you get solemn sonic paintings of a surreal , nightmarish world that already is the very essence of hell on earth. Evoken’s vision is bleak, beyond the slightest glimmer of hope where the riffs crawl by as slowly as the endless days on the front.

Evoken’s albums have always worked best when you listen to them as a whole and this rings even more true now. There’s really no point in singling out specific tracks. It truly calls out to be brought as whole. There’s talk about a European tour next year, so I’m really hoping they’ll consider performing this record in its entirety. 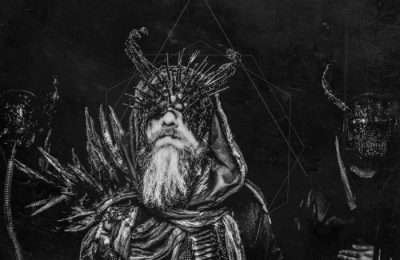