The 2,5 days at the festival in the blistering sun had clearly asked its toll since I didn’t make it in time to the Kivi stage where Temple Balls kicked off the last day of the weekend. If you want some hard rock/rock ‘n’ roll to wake up properly, these Finnish guys are the right people to approach!

First on the main stage, was the national treasure that is Lordi. These Finnish hard rock monsters will always be in the good graces of a lot of Finnish people due to their Eurovision win with ‘Hard Rock Hallelujah‘. Even though a lot of people might see them a bit as a joke, you’re always sure of a fun time with these guys. Theatrics, hard rock and a solid performance is what you always can count on. And also this time it had all the ingredients of a classic Lordi show: pyrotechnics, a demented priest trying to ward of evil at the start of the show, a demonic girl and so on. This was also one of the last times you could see them with their bassist OX since he’s leaving them after the Summer to pursue new musical challenges. We simply love these monsters and can’t wait to see what new character will join this band of misfits!

While it was relatively calm still, we decided to have a quick bite to eat while the alternative rock/metal outfit Sara played their tunes on the Prkl stage.

So next band we caught was Oceanhoarse on the Kivi stage. These guys have been steadily rising to become a well-known name in the Finnish scene by releasing good singles with regular intervals and a strong live show. Their groovy metal quickly flooded the space in front of them and seemed to convince even those who didn’t know them yet. An energetic show with hair flying through the air (dreaded and not) and a rather charismatic frontman. Combine that with a simple but nice stage production with the Oceanhoarse logo ever-present and a couple of decent covers of metal classics and you end up with a heavy metal show that simply works. Keep an eye on these guys!

The reaction I get from a lot of people when I say Ugly Kid Joe, is “who?”. When you bring up the song ‘Cats in the Cradle‘, they often realize that they knew the band all along. Their cover of that song, is arguably one of the best known rock songs of the nineties. They have a couple of more hits, but that was their biggest for sure. What we got at Rockfest, was typically rather forgettable nineties hard rock played by a bunch of guys looking like dads that got together in the garage to make music. The music was all in all played well and it was quite enjoyable, just nothing of the show you could call exciting really. Except for one element: drummer Zac Morris was an absolute pleasure to see with an energy almost reminiscent of Muppets’ Animal.

Having seen Kotiteollisuus quite a few times by now, we decided to skip on that one in favor of a stroll around the festival area and waiting for The Ocean to start playing. That last band, also known as The Ocean Collective, was something I had been looking forward to catch live when I discovered the intricately proggy and doomy music. Sadly I had to leave before I could hear a single note due to technical difficulties causing quite the delay.

So up next was the show of glam metal and hard rock legends Def Leppard. Known for a whole bunch of rock hits like ‘Photograph‘, ‘Animal‘, ‘Love Bites‘ and ‘Pour Some Sugar on Me‘, we were in for a throwback to those good old times when rock ruled all. A perfect warm-up for what was to come later that day still. And the oldies brought their music with an energy that a lot of younger bands could be jealous of. It was pretty great to finally be able to tick these guys off my bucketlist with an actually good show!

On the Prkl tent stage another legendary band took up shop. The Helsinki Vampires crawled out of their habitats to rock the place with their Goth music. The 69 Eyes are quite popular in and outside of Finland with their Goth ‘n’ roll and have been going strong for 30 years now. Frontman Jyrki 69 looks and sounds like a dark version of Elvis and as always Jussi 69 is a beast behind the drums, being one of the most theatrical and active drummers around. With a mix of old and new (a new release is coming soon), it was a pleasure for everyone there to see them. And it was clear that a lot of people were there to catch their show, because I hadn’t seen the tent as full during the whole weekend!

Another highly anticipated band was the Finnish crossover band Rytmihäiriö, at least if I look at the amount of people and excitement just before they started playing. The name is translated as ‘arrhythmia’ and the music they baptized as “Surmacore” could be a possible cause of that condition. The mix of hardcore and metal with a murderous theme brought one of the most extreme sounds of the whole weekend with a frantic moshpit I had barely seen throughout the 3 days of festival. This was simply a bombshell of a show!

Headliner of the last day was yet another jump back to the time that hard rock reigned over the world. The institute that is Kiss came one more time to the Finnish shores to grace the Rockfest stage on their farewell tour. If you’ve never seen a Kiss show before, you’re in for quite the experience. If you’ve seen a Kiss show before, you’ve basically seen them all. I’m not saying they don’t put down a good show, but variation is not what you should expect from these guys.

Starting off the show with a video as usual and at the sound of Paul Stanley shouting “Are you ready Helsinki!” (which caused a lot of Fins to sigh deeply since we weren’t anywhere near Helsinki), the band got lowered from the stage’s ceiling bathing in bright colored light and in company of many bursts of fire. All the possible hits you can think of were played, like ‘Shout It Out Loud’, ‘Lick It Up‘, ‘Love Gun‘, ‘Rock and Roll All Nite‘ and of course ‘I Was Made For Lovin’ You‘ amongst many others.

Gene Simmons‘ tongue was almost more out of his mouth than in, he spit fire and coughed up a stream of blood during his bass solo. Everyone had their solo moment and of course Paul Stanley flew over the crowd again during ‘Love Gun’ to end up playing from the soundmixing tower. As one of the encore tracks the sticky sweet ballad ‘Beth‘ popped up, to be followed by ‘Crazy Crazy Nights‘ and ‘Rock and Roll All Nite’, finishing in fireworks and ‘God Gave Rock and Roll To You‘ as outro song. Nothing new, but still an impressive show to behold!

After the spectacle that was Kiss, for those who still had enough energy left, the Finnish powerhouse Stam1na was there for your needs. We decided to let the guys do their thing and start our long drive home before normal live started again on Monday morning…

In any case, Rockfest seems to be improving a bit every year and that makes us excited to see what 2020 will bring! 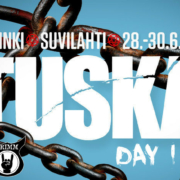 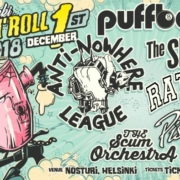 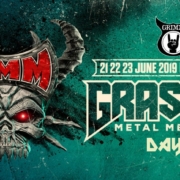 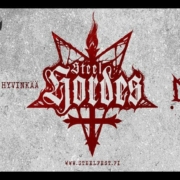 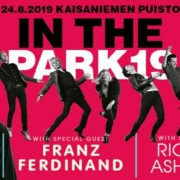 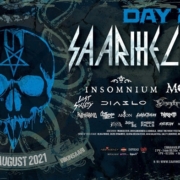